Bournemouth vs Everton Preview – Prediction, how to watch & potential line-ups 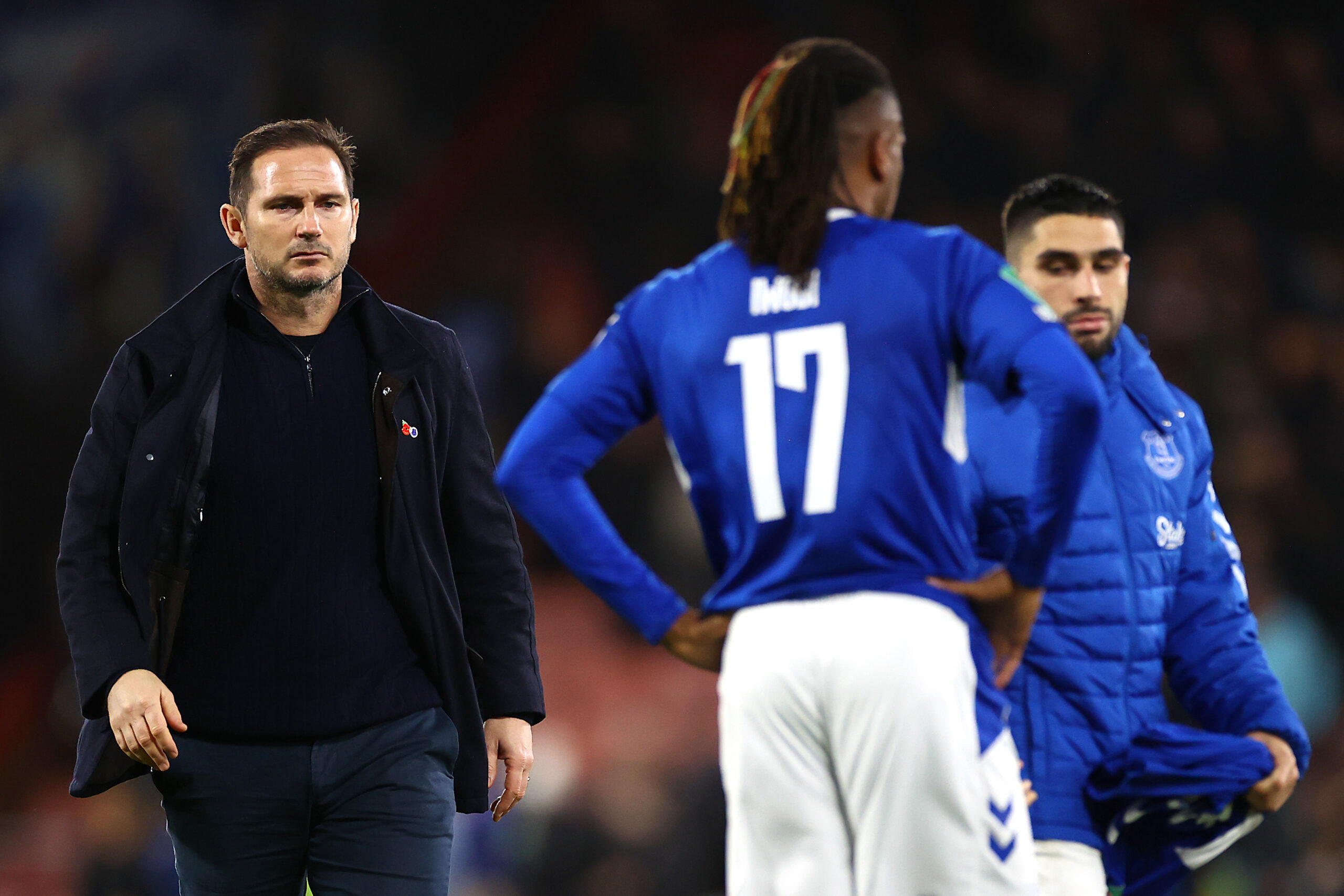 Just four days on from their thumping defeat against Bournemouth in the Carabao Cup, Everton will return to the Vitality Stadium for what promises to be a thrilling Premier League encounter.

Bournemouth ran out 4-1 winners in the third-round clash in a game where Everton’s lack of squad depth was the catalyst of their downfall.

The Cherries will have been delighted to end their four-game losing streak, especially after Gary O’Neil’s promising start to life as interim manager, which saw them remain unbeaten in his first six games in charge.

Bournemouth had previously lost to Leeds United in their last league outing in a game where O’Neil’s side led 3-1 until the hour mark.

Following the defeat to Leeds, the Cherries became the first Premier League side to lose back-to-back games after leading by two goals in matches against Tottenham Hotspur and Leeds.

Their recent awful league form has seen them slip to within a point of the relegation zone, but having snapped their losing run, they will enter this weekend’s encounter brimming with confidence.

The prospect of facing Everton again bodes well for Bournemouth’s chances of going into the international break with positive momentum, as the Cherries have never lost a Premier League home match against the Toffees in five encounters (W3, D2).

The victory over Frank Lampard’s side on Tuesday will only bolster their belief that they can extend that run further.

Desperate to avoid successive defeats against the same side, Lampard will demand more from a team that is struggling not just in attack but also in keeping their opposition quiet.

No side has faced more shots in the league this season than the Toffees, including 56 in their last three games in all competitions, against Fulham, Leicester City and Bournemouth.

Having Conor Coady and James Tarkowski in defence has stemmed the flow of goals, but their absence on Tuesday was glaring, as a comedy of errors allowed for more than one of Bournemouth’s goals.

Lampard will be starting to feel the pressure as his Everton side has now lost five of their last seven matches in all competitions (W1, D1), and another defeat could spell trouble, especially as they are just two points adrift of the drop zone.

Bournemouth did the league double over Everton the last time both sides met in the 2019/20 campaign, so there is plenty of optimism coming into this tie.

Having lost their last two league games at home, they will be keen to avoid a third successive defeat in front of their own crowd, which has only happened twice (April 2016 and December 2019).

Despite having the worst defensive record in the league, the Cherries will feel confident facing a toothless Everton side that will be further weakened in attack without the presence of Dominic Calvert-Lewin.

With trips to Chelsea and Manchester United to come in quick succession after the World Cup break, a win for Bournemouth here would be vital in moving past Everton in the table.

Everton need a win, but their record against newly promoted sides says little about their chances at the Vitality Stadium on Saturday.

They are winless in their last seven league games against promoted sides (D3, L4), which is their longest such run in the competition.

They have also drawn both games against such teams this season, 1-1 against Nottingham Forest and a goalless draw against Fulham.

Since the start of last season, Everton have earned fewer away points than any other side in the league (16), winning just three of their last 26 games on the road (D7, L16) – a record which they will be keen to improve upon with their survival hopes on the line.

Bournemouth vs Everton, alongside all other fixtures in England’s top flight, is available to watch online via live Premier League streams.

Everton’s woes on their travels, coupled with their form against this weekend’s opponents, means the Toffees may be in for yet another disappointing outcome on the road.