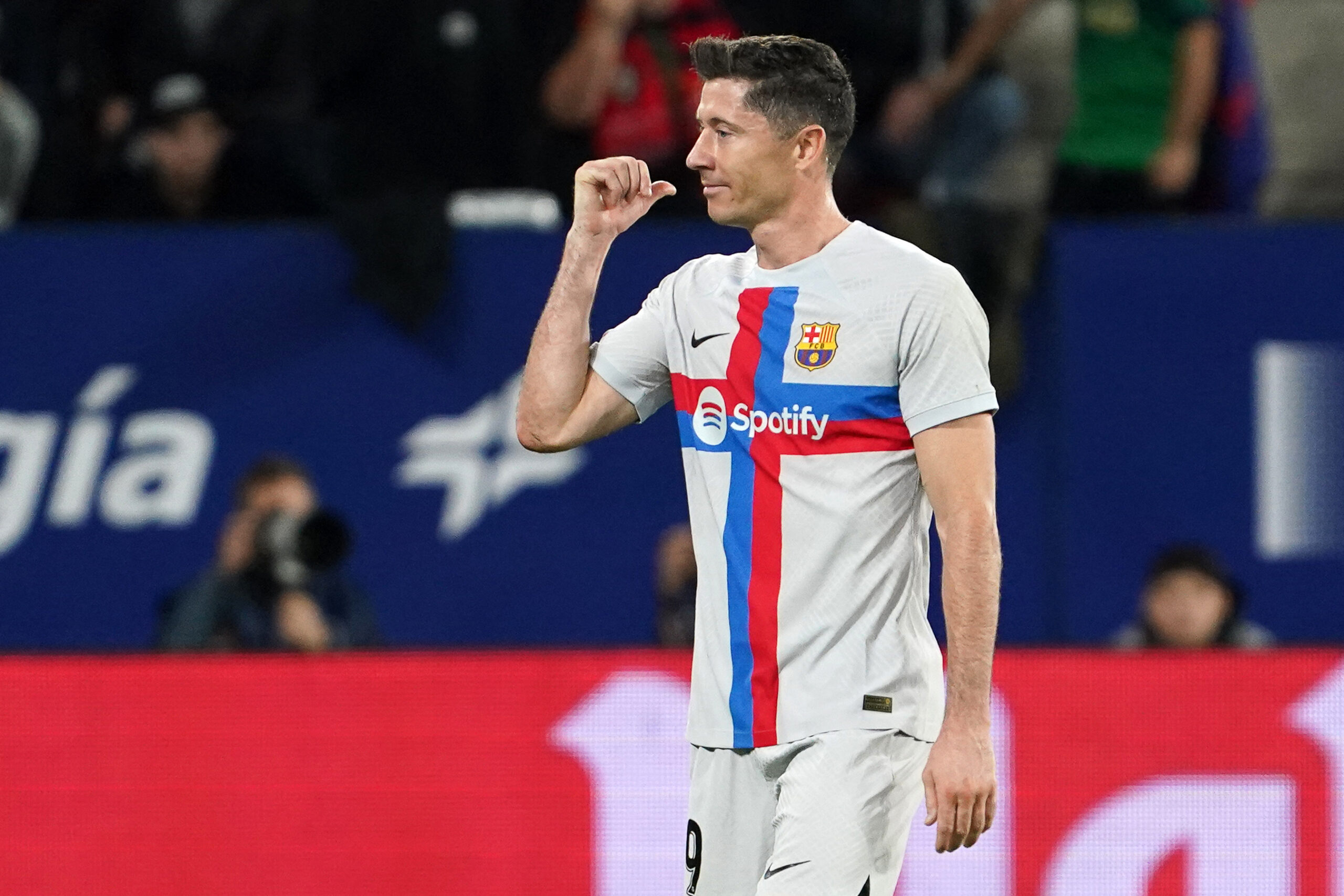 Barcelona striker Robert Lewandowski could be suspended for up to three games following his sending-off in the 2-1 win over Osasuna, according to Mundo Deportivo.

The former Bayern Munich marksman was sent off for two simultaneous bookable offences, but he did not take the referee Gil Manzano’s decision too well.

The Polish striker received his first caution of the evening in the 11th minute after the hosts had taken an early lead through David Garcia.

Lewandowski was shown a second yellow and a red in the 31st minute, and his reaction could have consequences going forward.

While walking off the field, the 34-year-old made a gesture of disapproval of the referee’s decision, putting his finger to his nose and then pointing with his thumb towards the referee.

He repeated the action on the touchline toward the assistant referee and in front of the fourth official.

Xavi’s side went on to secure all three points despite having to play the remaining hour of the game with ten men, thanks to goals from Pedri and Raphinha.

The Spanish Football Federation will deliberate on a penalty that matches the gravity of Lewandowski’s gestures, and a decision will be announced soon.

However, the Poland international will miss Barca’s next league fixture against Espanyol in the Catalan derby while another two to three-match ban looms.

Lewandowski risks up to a month of suspension after violating article 124 for disregarding the referee.

“Addressing the referees, managers or sports authorities in terms or with attitudes of contempt or disregard provided that the action does not constitute a more serious offence, it will be sanctioned with a suspension of two to three games or for a period of up to one month,” the law states.

However, Lewandowski will likely miss no more than two games for Barca, which will come with a fine if his case is classified as minor.