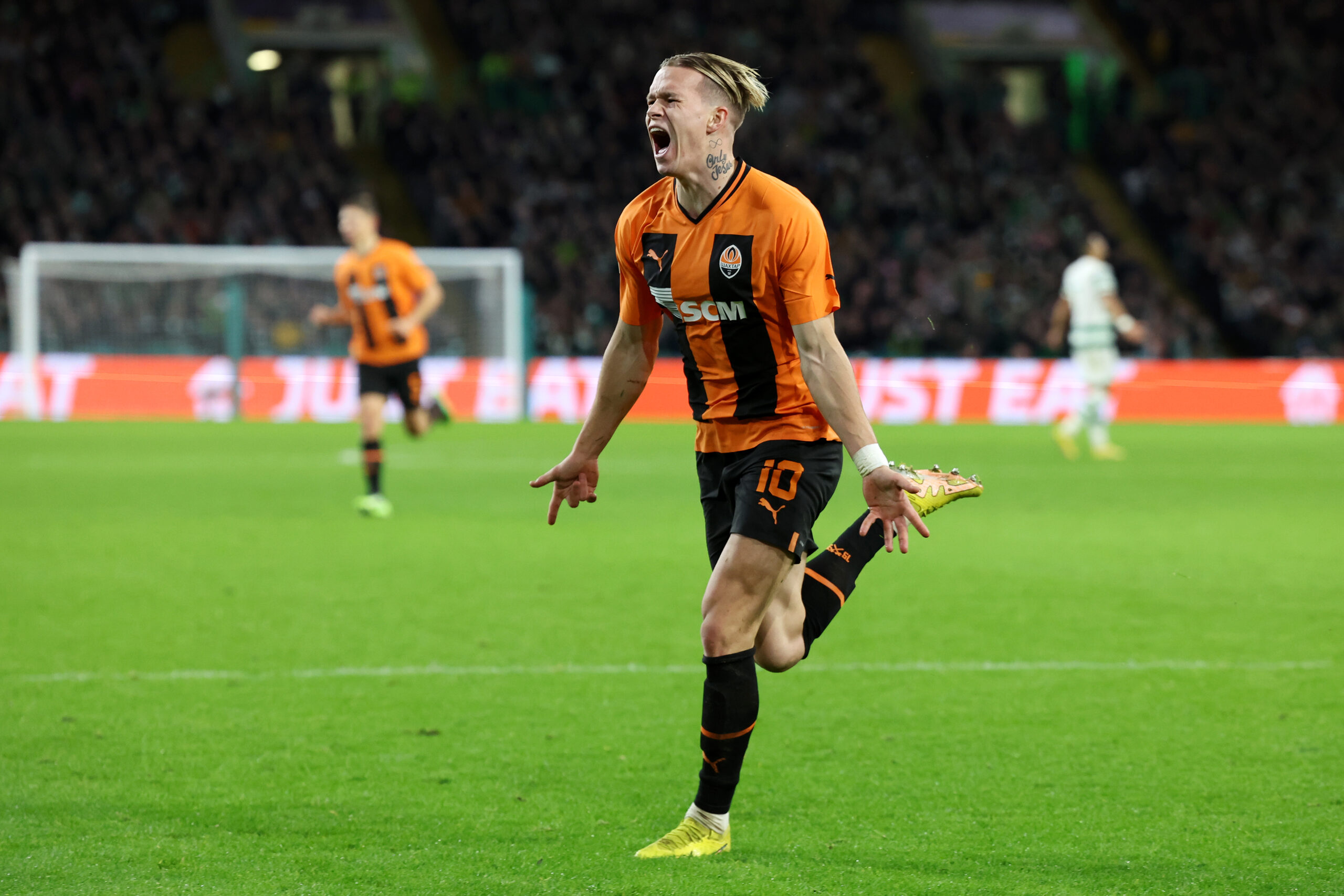 Arsenal have held positive talks with Shakhtar Donetsk forward Mykhaylo Mudryk with a possible January swoop in mind, according to talkSPORT.

The 21-year-old pacey winger was a target for the Gunners last summer as they looked to add depth to their squad, but a deal failed to materialise.

However, they have kept tabs on the Ukrainian star following his blistering start to the season, where he has recorded 14 goal contributions (seven goals, seven assists) in as many games.

Mudryk’s form has been pivotal to Shakhtar’s title defence this season, and he has already surpassed his total goal contribution tally for last season (11).

Some Shakhtar players have reportedly joked that the Ukrainian is now an Arsenal player. Sporting director Carlo Nicolini also confirmed the Gunners’ interest but declared they will only let their star man leave for a fee of around £85 million.

Arsenal are currently two points clear of reigning champions Manchester City at the summit of the Premier League table.

While they chase their first league title since the 2003/04 campaign, Mikel Arteta and the Gunners’ hierarchy know they need to improve their squad depth if they intend to build on their blistering form.

They have already taken 34 points from a possible 39 after recording 11 wins from 13 games (D1, L1) having faced four of the traditional top six teams in the English top flight, including Manchester United, Liverpool, Tottenham Hotspur and Chelsea.

While they plot a winter spending spree where a winger could come in, another could depart the Emirates Stadium, with Arsenal considering loaning out Marquinhos.

The Brazilian starlet is seen as one for the future rather than as competition for the inform Bukayo Saka despite already featuring four times and recording a goal and an assist. He could be shipped out temporarily to gain regular football.

Arsenal will be looking to go into the international break on winning form when they travel to Molineux to take on Wolverhampton Wanderers this weekend.

However, they will first look to continue their winning streak when they welcome Brighton & Hove Albion in the Carabao Cup on Wednesday.