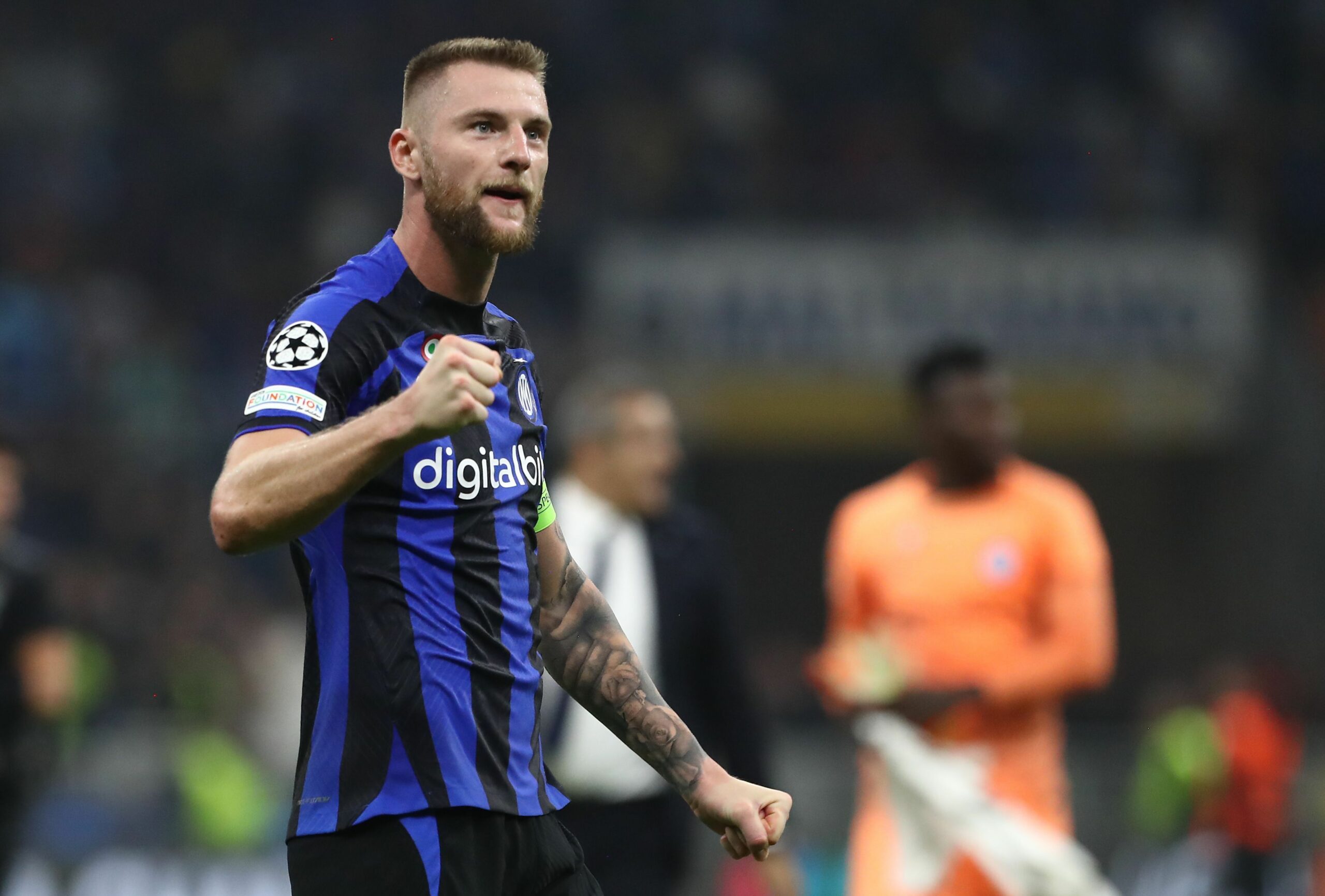 Slovak central defender Milan Skriniar has decided to reject advances from Paris Saint-Germain and stay with Inter Milan, according to Foot Mercato.

Skriniar’s wife is settled in Milan and does not want to go to Paris. She was initially excited about the move to Paris, but she is in love with the lifestyle in Italy.

The defender is now considering continuing his journey with Inter. He has been a target for PSG since last summer.

Sporting advisor Luis Campos is the man behind the push to sign Skriniar. He would like to add the 27-year-old to Christophe Galtier’s squad.

PSG tried everything to sign Skriniar this summer, but Inter stood firm. The Parisians offered up to €55 million for the former Sampdoria man.

It looked like a deal was inevitable, but Inter demanded €80m and the Ligue 1 champions failed to beat down their high valuation. PSG thought the Nerazzurri would budge because of Skriniar’s contract, but they didn’t.

PSG president Nasser Al-Khelaifi stepped into transfer negotiations with Inter CEO Steven Zhang to broker a deal. His attempt did not succeed.

They plotted a €20m move to sign Skriniar in January. He is free to discuss with any foreign club that wishes to secure his services. However, Inter can still make some money if they sell in January.

Galtier claimed he had no regrets over the club’s failure to sign Skriniar after losing Presnel Kimpembe to an injury. The 56-year-old did admit that he wanted an extra defender.

Skriniar is also quite happy with Inter. The fans love him, and he is considered a leader in the squad. The Slovakian national team captain also has the unwavering trust of Simone Inzaghi.

With his wife wanting to stay in Italy, Inter will be waiting for Skriniar with a contract extension. The Italian press mentions a four-year contract with a salary of around €7m per year.