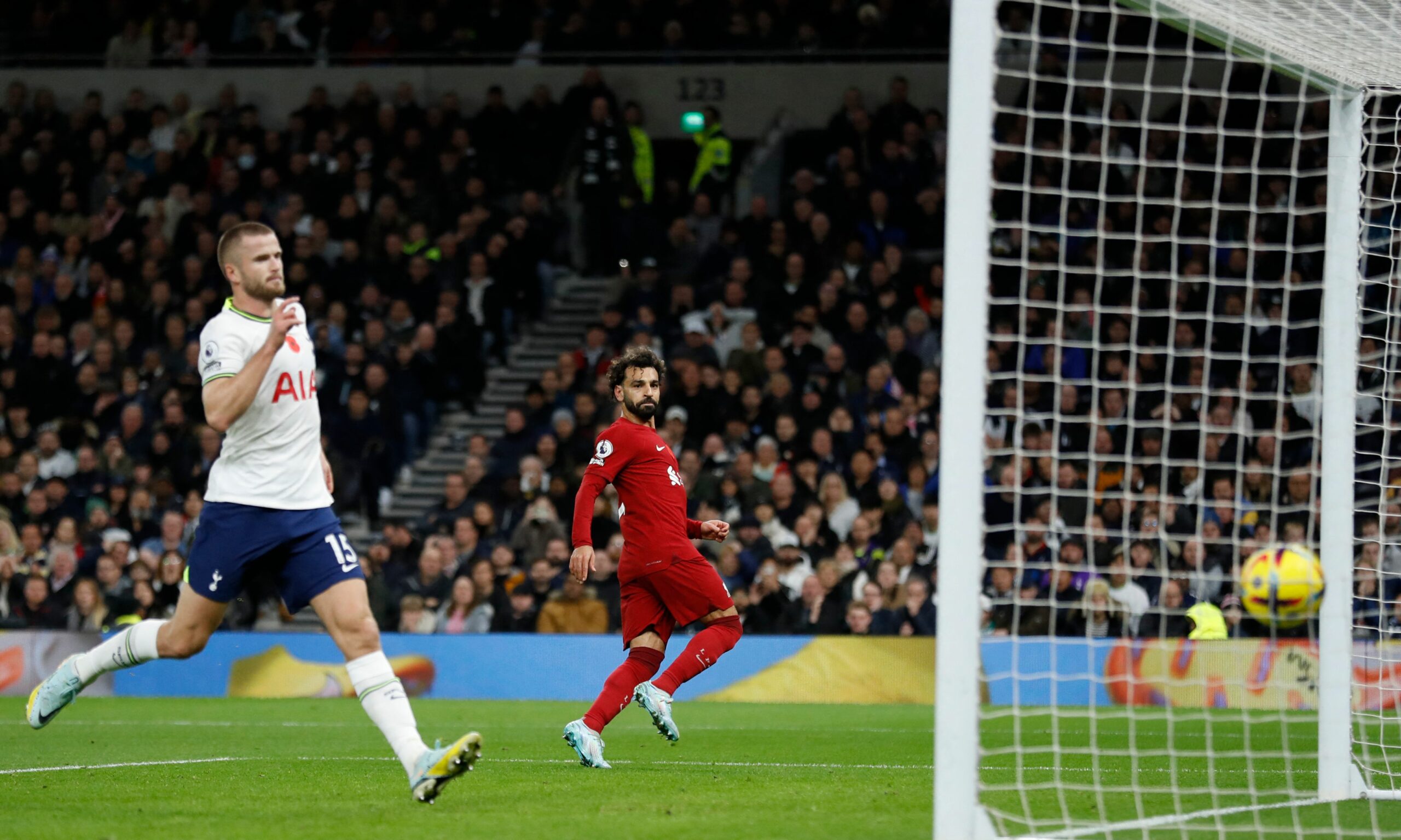 Liverpool visited Tottenham Hotspur on Sunday bidding to bounce back from back-to-back losses in the Premier League.

Antonio Conte’s men also had a point to prove something after a home loss to Newcastle United. They were also in danger of losing pace with Manchester City and Arsenal at the top of the league table.

Both sides struggled to establish a foothold in the game, but it was the Reds that pulled the trigger first in the 11th minute.

Andy Robertson fired a cross into Nunez, and he had the awareness to lay it off for Mohamed Salah inside the box. The Egyptian angled a volley into the bottom corner.

Tottenham immediately searched for a response. Alisson Becker had to rush off his line to redirect an Ivan Perisic header onto the post. He then got down to save the follow-up shot.

Spurs had a penalty shout when Trent Alexander-Arnold shoved Ryan Sessegnon, but the referee waved play on. The London club continued to push for an equaliser, but Liverpool remained resolute.

Liverpool doubled their lead after 39 minutes. Alisson played a simple ball over the top and Eric Dier fumbled his header, allowing Salah to deftly chip Lloris.

Conte’s men came out of the blocks firing after the break and Alisson had to save a smart header from a corner on 47 minutes. Dier fired a cross that the keeper turned over the bar.

Sessegnon was next to try his luck three minutes later but curled his right-footed effort wide.

Nunez had been threatening Tottenham all day. He peppered Lloris with a shot from outside the box. Minutes later, Salah struck the bar. The effort reminded Tottenham that Liverpool were dangerous on the break.

Harry Kane came close when directing a header inches wide of the post. Soon after, he pulled a goal back. Dejan Kulusevski came on and gave Tottenham the panache they needed in the final third. He slipped in Kane, who angled a shot beyond Alisson.

Moments later, Clement Lenglet came close to pinching the equaliser, but the header from a corner inched over. Liverpool then hit the bar through Salah.

Hugo Lloris 6.5: He had sketchy moments but couldn’t do much to prevent either goal.

Emerson Royale 6.0: The right-back was solid yet unspectacular. Nunez gave him a tough time.

Clement Lenglet 6.5: He helped to silence Firmino and was generally solid. He came close to an equaliser with a header that sailed over.

Eric Dier 6.0: He made a terrible error to give Liverpool their second. He was showing nerves throughout the game.

Ryan Sessegnon 6.5: He threatened a lot but couldn’t find the end product he needed to impact the game.

Rodrigo Bentancur 6.5: He held his own on and off the ball.

Pierre-Emile Hojbjerg 6.5: He kept things ticking and fought hard to win the ball back. A decent showing.

Yves Bissouma 6.0: The former Brighton & Hove Albion midfielder was alright without being spectacular.

Ivan Perisic 7.0: The Croatian caused a lot of danger with his deliveries and dribbling.

Harry Kane 7.5: The Englishman scored and worked hard all game to help his side.

Dejan Kulusevski 7.5: Came on and added a new dimension to the Tottenham attack.

Alisson Becker 8.0: Good off his line, good distribution, and superb performance. Unlucky to not keep a clean sheet.

Trent Alexander-Arnold 6.0: Struggled to deal with Sessegnon and Perisic but he was not overly exposed.

Ibrahim Konate 6.5: He held his own against Harry Kane and was generally solid. Calm/composed in possession too.

Virgil Van Dijk 6.5: The Dutchman was also solid and gave nothing away.

Andy Robertson 7.0: He was solid going forward and didn’t have much to do defensively.

Fabinho 6.0: The former AS Monaco man broke things up and got stuck in when he needed to. He shielded his defence well.

Harvey Elliott 6.0: He was anonymous for most of the game and struggled to make an impact

Thiago Alcantara 6.5: The Spaniard sprayed the ball around without splitting the defence. He could have given away a penalty in the dying moments.

Mohamed Salah 8.5: Two goals and could have added more. He is finally finding form, and he looks unstoppable again.

Robert Firmino 5.5: He was easily nullified and didn’t get a sniff.

Darwin Nunez 7.5: He probed Tottenham a lot and stretched their defence with his runs behind the defence.