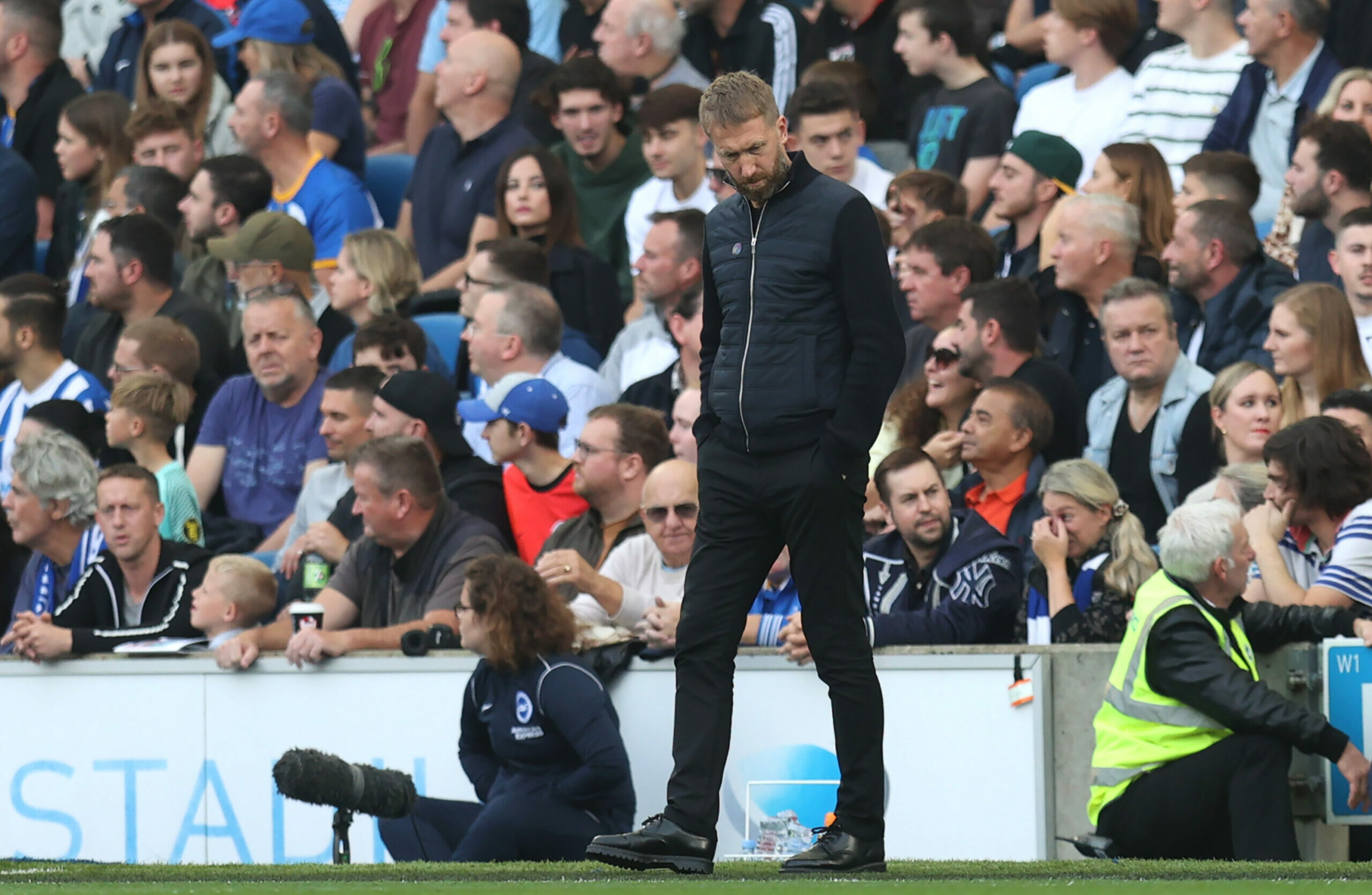 After a positive start to his Chelsea reign, Graham Potter has now gone four games without a win in the Premier League, including today’s deflating 1-0 defeat to Arsenal in the London derby.

The Blues struggled to establish a foothold in the match. Although they had some good moments, the Gunners were on top for much of the game.

Both sides settled for parity in the 45 minutes, but Mikel Arteta’s vibrant Gunners opened the scoring in the second half.

Bukayo Saka swung in a dangerous cross that evaded everyone in Eduard Mendy’s 18-yard area except the stretching Gabriel Magalhaes, who poked into an open net to break the deadlock.

The Blues had no answer, and the Brazilian’s 63rd-minute strike was enough to condemn Chelsea to a second successive league defeat after their humbling at Brighton & Hove Albion.

When assessing his side’s performance against the Gunners (via Chelsea TV), Potter said: “I think we huffed and puffed, to be honest.

“We were playing against a team in a good moment, good confidence, they’ve been working together for a while and we’re not probably at that stage in terms of where our fluidity is, where our confidence is and that probably reflected in the performance.

“The effort was there from the players, we pushed, but in the end, we have to say as much as it’s not nice to say Arsenal deserved to win over the course of the game.”

With the Blues missing key players, including Ben Chilwell, Reece James and N’Golo Kante, the Chelsea manager rued his side’s injuries but insisted they needed to stick together and get through the rough patch.

“We have suffered with a few key ones (players) in terms of injuries which doesn’t help us and a few results, and all of a sudden the confidence can go a little bit, but that’s just part of the challenge it’s part of the pain you have to go through to get to where you want to be,” he added.

“If you look at Arsenal’s story it’s not been a straight line, it’s been one of ups and downs as well, and I think if you go around football that’s the story, but while it happens to you, it’s not pleasant.

“We can still do better, we can still play better, and it’s about supporting the players, helping them get through this period, sticking together, and coming through stronger.”

Chelsea need to get back to winning ways sooner rather than later, but their next opponents are no pushovers.

The Blues travel to St James’ Park to take on Newcastle United next weekend, but they will face Manchester City in the Carabao Cup before then.