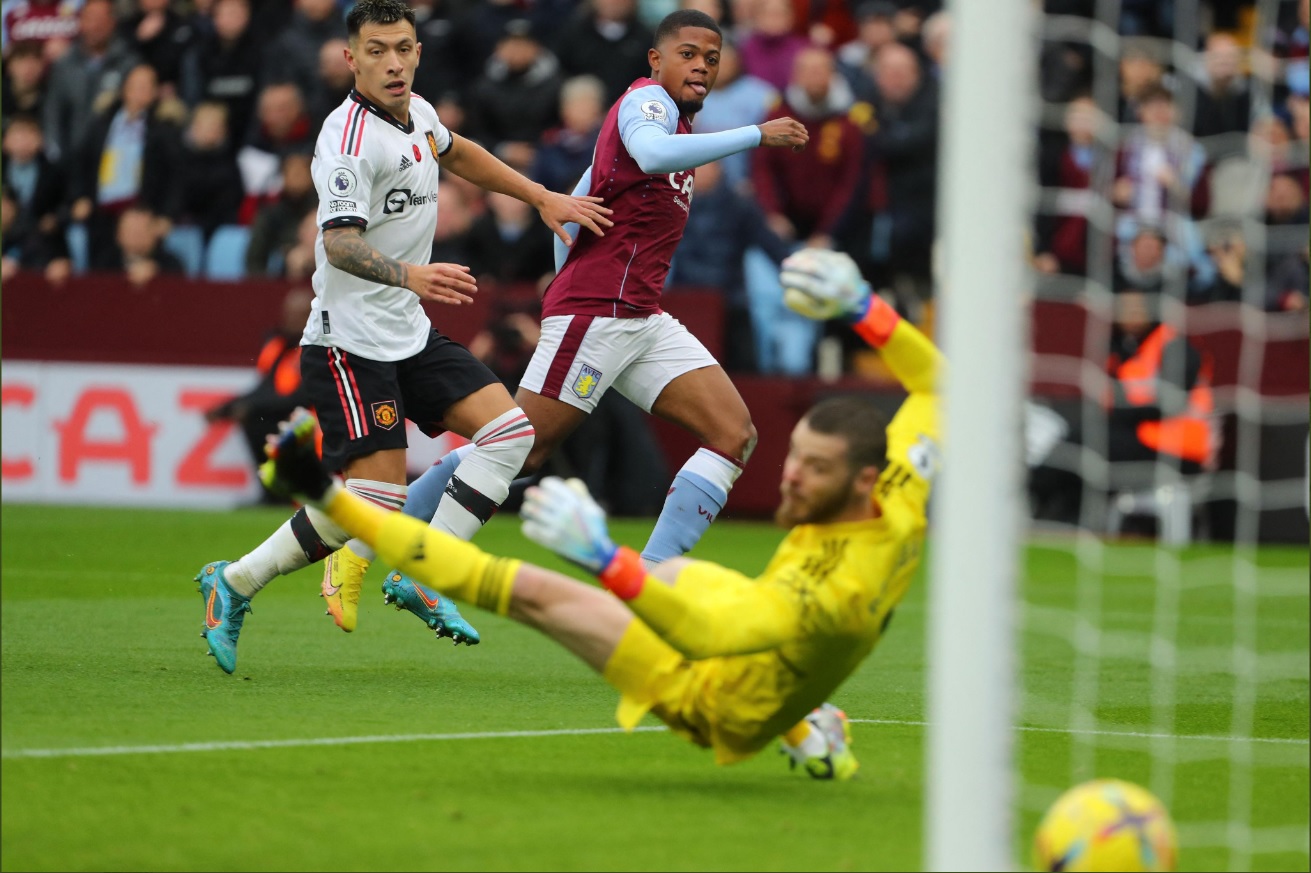 Aston Villa produced a fine performance at home to Manchester United, taking the three points with a 3-1 victory.

Unai Emery’s debut at Villa Park could hardly have started much better, as his side took the lead with their first significant chance of the game. Ollie Watkins found Jacob Ramsey, and he fed Leon Bailey. The winger raced through on goal and finished into the far corner.

And just moments later, the hosts doubled their advantage. Ramsey was fouled by Luke Shaw, and Lucas Digne stepped up and expertly found the net from the free kick.

The Red Devils fought for a goal back, but struggled to beat an in-form Emiliano Martinez in goal. The Argentine was first at his best to beat away an effort from compatriot Alejandro Garnacho, and was called into action again to block Cristiano Ronaldo’s header just seconds later.

But he was powerless to prevent the visitors pulling one back just before half time. Shaw’s long-range strike took a huge deflection off Ramsey and flew into the far corner.

However, it wasn’t long before Aston Villa restored their two-goal lead. Just four minutes into the second half, Watkins cut the ball back for Ramsey, who placed his shot perfectly into the top corner.

Temperatures began to rise on the pitch, when Ronaldo and Tyrone Mings clashed in the box. VAR checked for a red card for either player, but nothing came of it.

Man Utd pressed for a way back into the game, but were unable to break down a stern Villa backline. Substitute Anthony Elanga had their best chance of the second half after being picked out by Lisandro Martinez, but his header was saved.

The full time whistle went, ensuring a winning start for Emery on his return to the Premier League. The victory took Aston Villa up to 13th, three points clear of the relegation zone. As for Man Utd, they remain in fifth place.

Emiliano Martinez (8/10) – Made three crucial saves to keep out Garnacho, Ronaldo, and Elanga. Couldn’t do anything about the goal.

Matty Cash (7/10) – Provided plenty of energy down the right and defended well.

Ezri Konsa (7/10) – Played his part in keeping Utd at bay. A solid performance.

Lucas Digne (8/10) – Doubled Villa’s lead early on with a fantastic free kick. Didn’t let Rashford get the better of him.

Leander Dendoncker (7/10) – Helped Villa dominate the early stages of the game. Started to lose control later on but never got overran.

Douglas Luiz (7/10) – Came up against international teammate Casemiro and looked impressive. Good on the ball and combative.

Jacob Ramsey (9/10) *MOTM* – Heavily involved in all three of the home side’s goals. Produced a fine finish to effectively put the game to bed.

Emiliano Buendia (6/10) – Got into some good areas and caused some problems. Wasn’t always decisive in the final third.

Leon Bailey (8/10) – Started the game in electric form, netting the first of the day. Didn’t maintain this level, but continued to be a problem for the visitors.

Diogo Dalot (6/10) – Struggled against Bailey early on. Grew into the game and showed some attacking threat.

Victor Lindelof (5/10) – Not strong enough against Watkins, who repeatedly got the better of him.

Lisandro Martinez (5/10) – Played some nice passes out from the back, most notably to set up a chance for Elanga. However, was far from his best defensively.

Luke Shaw (5/10) – Scored a rather fortunate goal just before half time. Didn’t offer much outside of that.

Casemiro (6/10) – Couldn’t get a hold on the game in the early stages. Managed to somewhat turn things around as Utd pushed for a way back into things.

Christian Eriksen (5/10) – Didn’t show enough of his quality on the ball and was unable to create anything clear cut.

Donny van de Beek (5/10) – Given a rare start in the league, and didn’t make the most of it. Difficult to see him remaining in the starting XI.

Alejandro Garnacho (6/10) – Utd’s biggest threat, although that isn’t saying much. Had one shot well saved.

Cristiano Ronaldo (4/10) – Offered next to nothing, and missed one excellent chance in the first half. Frustration showed after the break.