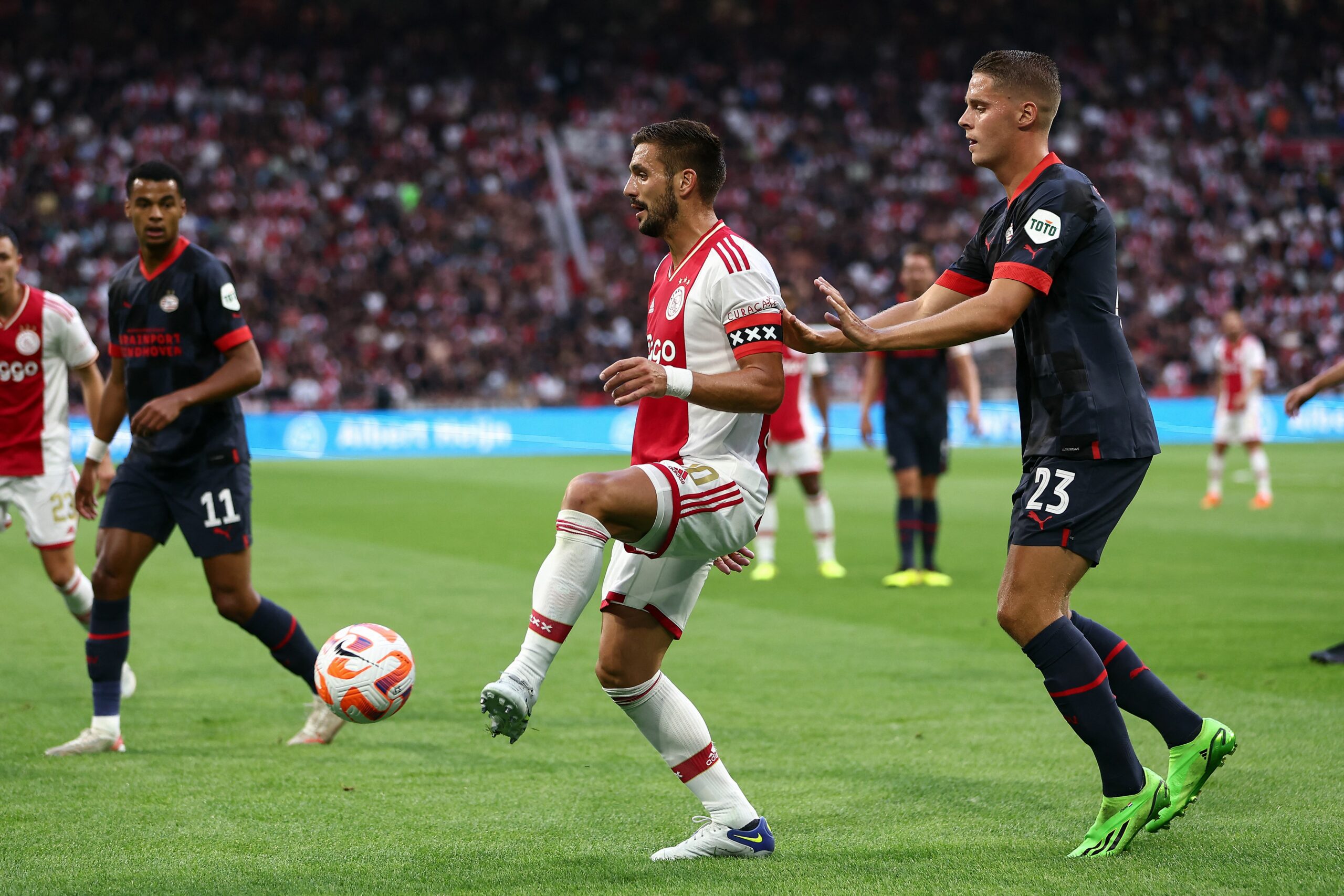 Ajax and PSV Eindhoven go head-to-head in a blockbuster top-table Eredivisie six-pointer at the Johan Cruijff Arena on Sunday afternoon.

Both teams won their European fixtures over midweek to set themselves up nicely for this encounter.

Ajax claimed a 3-1 victory at Rangers on the final matchday of Champions League Group A to secure a third-place finish and a place in the Europa League knock-out play-off round.

That’s the competition PSV are also looking to conquer this season after a 2-1 beating of Bodo/Glimt gave them a runner-up finish in Group A behind Arsenal.

With only one point separating the sides ahead of the kick-off, the bragging rights are not the only prize these two Dutch titans will be going after in Amsterdam.

Following a stuttering two-game winless league run (D1, L1), Alfred Schreuder’s men have got back on track, winning three straight top-flight outings in the build-up to this encounter.

On the other hand, Ruud van Nistelrooy’s PSV have picked up three victories across their last four Eredivisie matches, except for a shock 4-2 defeat at Groningen a fortnight ago.

Though this is the first top-flight meeting between the arch-rivals in 2022/23, they’ve already faced each other earlier in the season in the Super Cup final.

Steven Bergwijn fired Ajax in front with a screamer then, but Schreuder’s side found themselves on the wrong side of a 5-3 scoreline, handing the title to the Peasants.

Poised to get their revenge, the Lancers can draw inspiration from beating PSV in both of last season’s league games, including a stunning 5-0 triumph in this corresponding fixture.

Barring an underwhelming 1-1 draw with mid-table strugglers G.A. Eagles a month ago, Ajax have won four of their five home league outings this season, scoring at least four goals on each occasion.

Delivering action from the get-go, Schreuder’s men have tallied a league second-high 11 first-half goals at home this season while conceding just once in that same timeframe.

Flying out of the traps could prove crucial to Ajax’s bid to extend a decent six-game unbeaten top-flight home run against PSV (W4, D2) and avenge a brace of losses in the Cup final and Johan Cruijff Schaal.

For years, Ajax have been the most prolific Dutch side by a fair margin, yet van Nistelrooy has turned PSV into a formidable offensive side, with the Peasants netting a league-high 40 goals this term.

The visitors have mustered 2+ goals in eight of their 12 Eredivisie match-ups this season, and given their defensive frailties, they’ll need another free-flowing performance up front to beat the Lancers.

Nistelrooy’s men have kept a clean sheet only three times in the Dutch top flight so far in 2022/23, doing so just once on their last ten league travels, the 2021/22 campaign included.

Both sides boast a wealth of attacking potential and are not shy of moving forward in numbers regardless of what’s at stake.

So we expect neutrals to be in for a treat, with both teams likely to pack a punch, but we’d skip the part where we back Ajax or PSV for success.