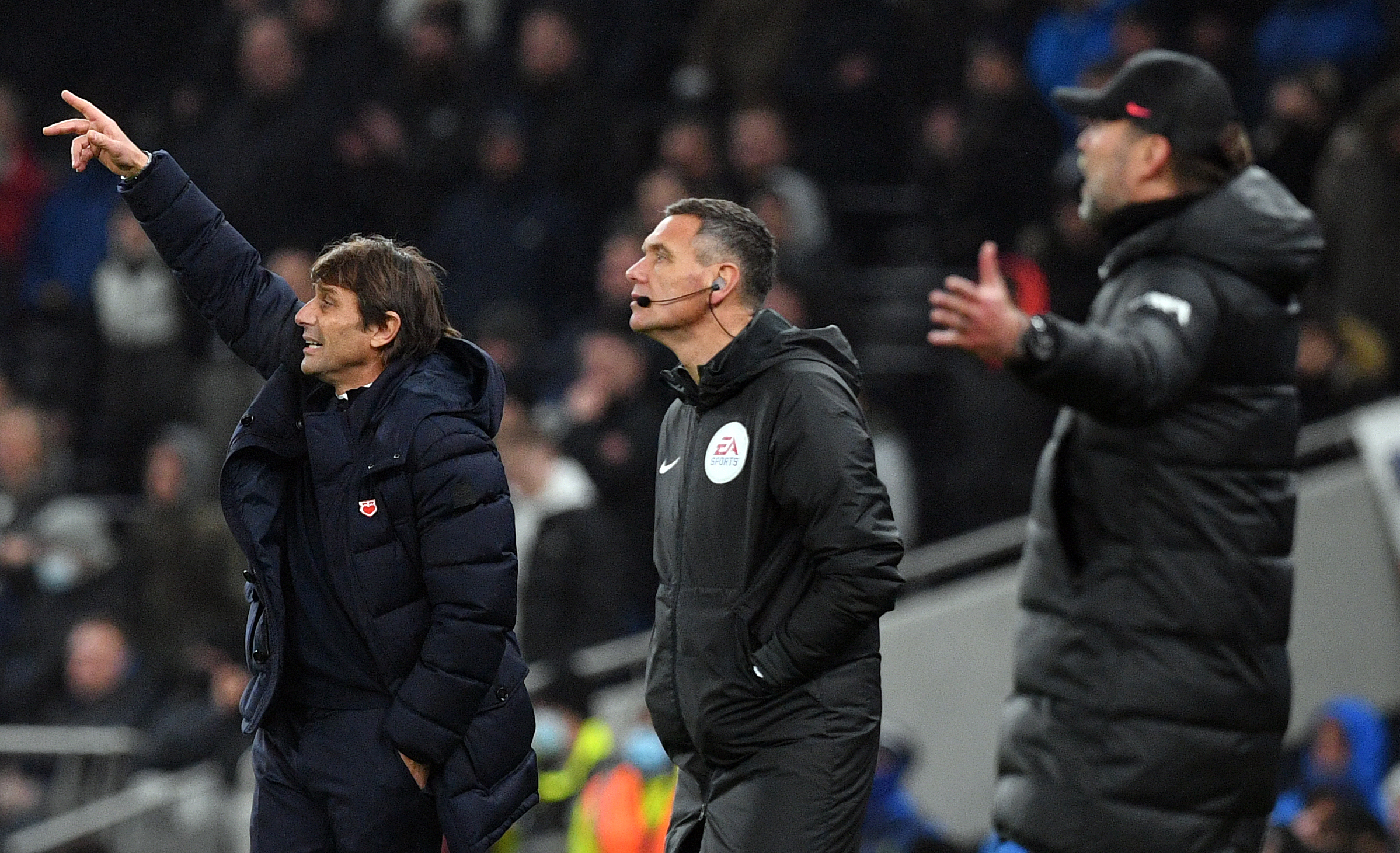 Desperate to avoid a third successive Premier League defeat, Liverpool will travel to north London to take on Tottenham Hotspur on Sunday.

With just five points separating Spurs from their local rivals and league leaders Arsenal, although having played one game more, Antonio Conte’s men will be looking to keep pace with the Gunners.

The Lilywhites left it late to secure a crucial 2-1 comeback win away to Olympique Marseille to secure top spot in Group D of the Champions League on Tuesday.

Chancel Mbemba’s powerful header on the stroke of half-time gave the French giants the lead, but Clement Lenglet’s equaliser moved Spurs back into second place in a nervy final group matchday.

Pierre-Emile Hojbjerg then snatched a late win at the Orange Velodrome, leaving Spurs with plenty of confidence, which they will carry into their crunch tie with out-of-sorts Liverpool.

It was the second successive game where Tottenham have had to come from behind to win after being on the cusp of suffering a third successive league defeat when they trailed Bournemouth 2-0 at half-time last weekend.

However, goals from Ryan Sessegnon, Ben Davies and an injury-time winner from Rodrigo Bentancur spared their blushes and strengthened their position in the top four.

Having failed to beat Liverpool in any of their last ten meetings in all competitions, there may be a psychological hurdle for Spurs to overcome when the Reds arrive in north London.

With Newcastle United, Manchester United and Chelsea breathing down their necks, Sunday’s encounter presents an opportunity to overcome said hurdle and extend their lead over the chasing pack.

Liverpool have struggled for consistency, but after ending Napoli’s winning run with a 2-0 win last time out, they proved they can still slug it out with the best teams on their day.

Jurgen Klopp’s side have endured highs and lows this season. They are the only team to have beaten Manchester City, Newcastle and Napoli. However, they have fallen to successive league defeats to relegation strugglers Nottingham Forest and Leeds United.

Liverpool’s performances have been patchy for much of the season, but they have managed to create chances. However, their profligacy in front of goal has been the catalyst for their slide down the league table.

With a lot of ground to cover in their new quest to catch up with the top four, Klopp will be demanding more ruthlessness from his attacking players on Sunday.

The Reds cannot afford to fall 13 points behind the top three teams in the table, which would be the case if they succumb to a third consecutive league defeat against Spurs.

Slowly claiming the title as comeback kings this season, Spurs have won more points from losing positions than any other side in the league thus far (10). Since Conte took charge of Spurs, only Liverpool (24) have gained more points from behind than Spurs (21).

Just one of Tottenham’s last 35 home league games has been drawn (W24, L10) – a 2-2 draw that came against Sunday’s opponents in December last season.

Spurs’ 2-1 defeat to Newcastle in their last home league match ended their run of eight consecutive victories at the Tottenham Hotspur Stadium.

Coming into this weekend’s games, only Southampton and West Ham United (9) have conceded the first goal more often than Liverpool (8) in the league this season, with the Reds already losing twice the amount of league games this term (4) as they did last season (2).

Liverpool have lost their last two away league games. The last time they lost more consecutively was between February and April 2012 (4).

They are also still without a win in five away league games this season (D2, L3), last having a longer run without a win on the road from the start of a campaign in 2006/07 (7).

Liverpool have had more shots than any other side in the league this season (212). However, their shot conversion rate of 10.9% is their lowest across a single campaign since 2015/16 (10%).

Tottenham Hotspur vs Liverpool, alongside all other fixtures in England’s top flight, is available to watch online via live Premier League streams.

Liverpool have a habit of turning up against the bigger teams this season, and we can see that continuing on Sunday, especially against a weakened Spurs side.