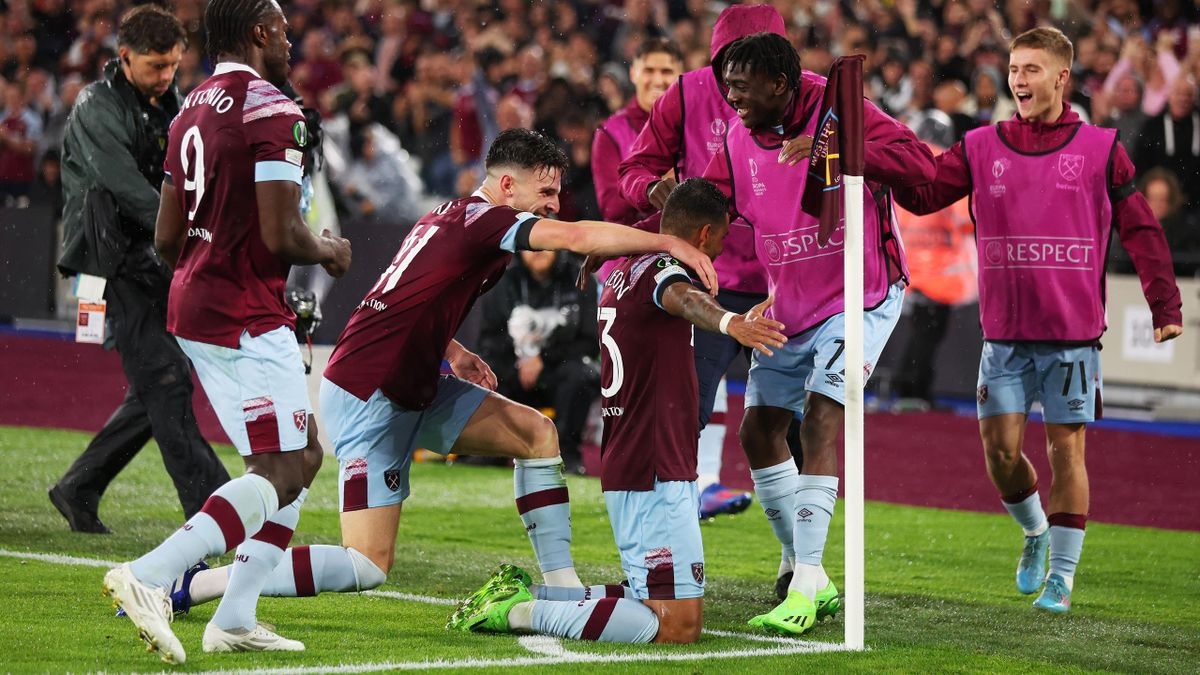 The Europa Conference League is in its second year and is proving to be a success.

This year, the group stages have been an exciting ride. Several teams enter the knockout phase in fine form and will have their eye on the trophy.

Here is what happened during the group stage.

It was a tight one in Group A. Istanbul Basaksehir and Fiorentina finished level on 13 points, but the former took the crown on head-to-head record.

Hearts won two of their six games but lost the other four and were knocked out. FK RFS failed to win a single match and were also eliminated.

West Ham United were the only team to maintain a 100% record throughout the group stage, and go into the knockout rounds among the favourites. They could be joined by Anderlecht, who took second place with eight points.

Silkeborg went into their final match with Anderlecht knowing that a draw would be enough to see them into the play-offs. However, the visitors claimed a 2-0 victory, consequently knocking the Danish side out. FCSB join them in exiting the tournament after collecting just two points.

Villarreal enjoyed a strong group stage, picking up 13 points from six games. Their tally of 14 goals was the joint-highest in the competition, alongside Istanbul Basaksehir and Fiorentina.

Their only defeat came on matchday six against Lech Poznan. That victory secured the Polish club’s place in the play-offs at the expense of Hapoel Be’er Sheva. Austria Wien also dropped out, failing to win a game.

Things couldn’t have been much closer in Group D, with only one point separating first and third place. Nice and Partizan Belgrade ended on nine points, but the French side edged in front due to their superior head-to-head record.

Koln will consider themselves unlucky to have been knocked out. They finished in third on eight points, while Slovacko were bottom with five.

AZ Alkmaar displayed some of their best stuff in the group stage, winning five from six. They sealed top spot on the final day, defeating Dnipro-1 at home.

The Ukrainian side would have topped the group had they won, but had to settle for a play-off place. Apollon Limassol’s tally of seven points wasn’t enough to see them through, and Vaduz also got knocked out with just two points.

Swedish club Djurgardens IF enjoyed a near-perfect group stage. They won five and drew one while scoring 12 goals from six games.

Molde went into the final round of fixtures in the play-off position. However, a disappointing 4-0 defeat away to Gent allowed their opponents to leapfrog them.

Shamrock Rovers were the competition’s lowest scorers, finding the net on just one occasion.

There wasn’t much to separate those at the top of Group G. Sivasspor progressed to the round of 16, finishing one point ahead of CFR Cluj.

Slavia Prague needed a win on the final day to keep their hopes of qualification for the knockout rounds alive, but they were forced to settle for a draw. Ballkani accumulated just four points and were eliminated.

Going into matchday six, it was all still to play for in Group H. All four teams had a chance of progressing, and all four could also be knocked out.

Slovan Bratislava booked their place in the round of 16, defeating Zalgiris 2-1. Basel also claimed a victory by the same scoreline away to Pyunik, and subsequently qualified for the play-offs. The two defeated sides were eliminated.

Group winners will progress automatically through to the round of 16. Meanwhile, second-placed teams will have a play-off tie against a side coming down from the Europa League.