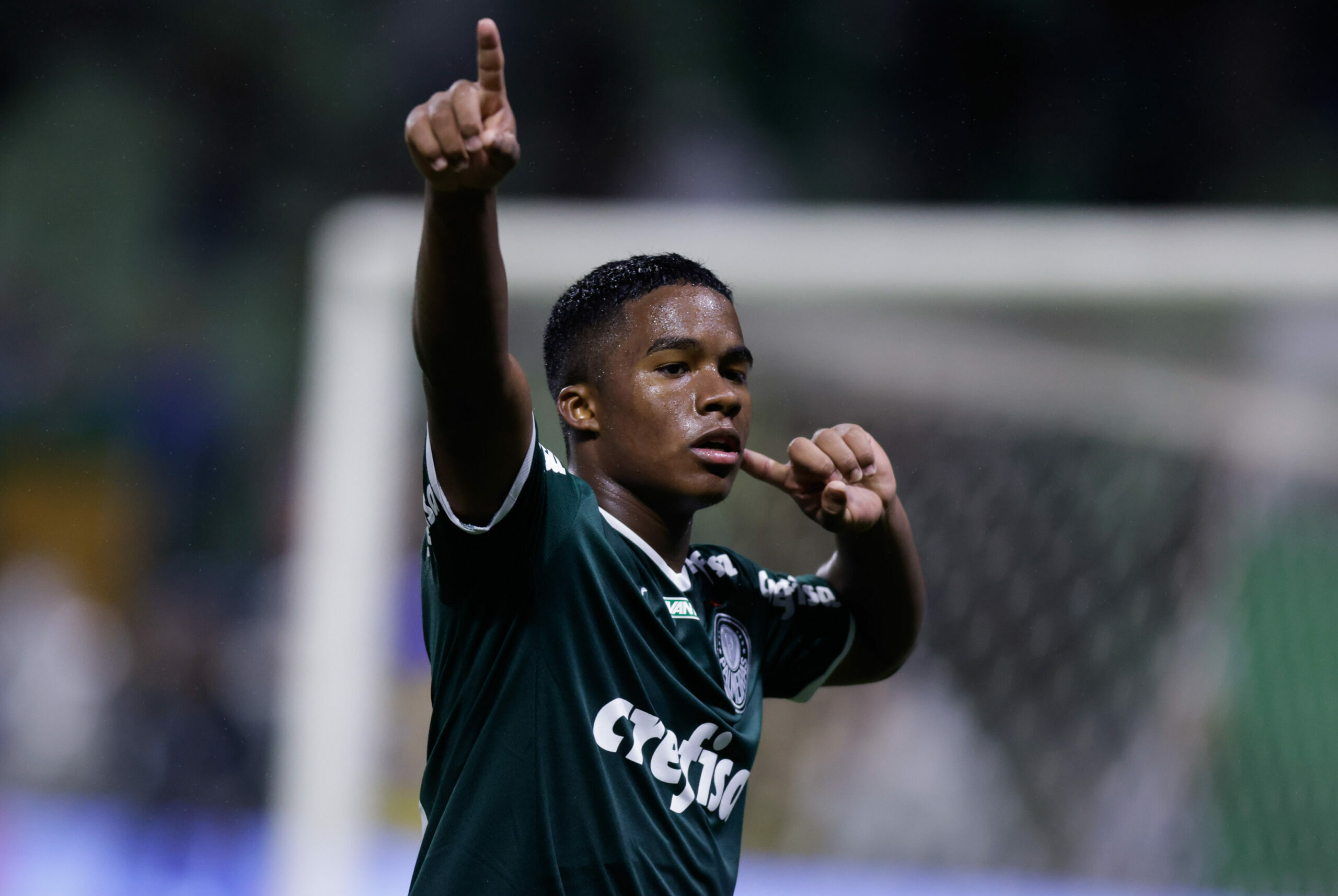 Real Madrid have stepped up their efforts in the pursuit of Palmeiras’ teenage sensation Endrick Felipe.

The 16-year-old is considered the next big thing to come out of Brazil after making huge waves with Palmeiras.

Endrick has risen through the ranks at Palmeiras, earning the spotlight after signing his professional contract with the club in the summer.

He made his debut with the first team last month and has scored three goals in the last two Serie A games.

Endrick is also on the radar of several European giants including Paris Saint-Germain, Barcelona and Manchester United.

While PSG and Barca are reportedly in contract with Endrick’s representatives, Los Blancos have also made a significant step.

According to Marca, Madrid have sent their representatives to the Brazilian city of Sao Paulo to open negotiations with Endrick.

The talented teenage striker may not be able to move to La Liga until he turns 18 in 2024, but Los Merengues are looking to strike a deal in advance.

Madrid have always been home to some of the best Brazilian players in history who have made significant contributions to the club’s success.

In recent years, the La Liga giants have snapped up top talents such as Vinicius Junior, Rodrygo Goes and Eder Militao, with all three playing a key role in the La Liga and Champions League successes last season.

The defending European champions don’t want to miss out on Endrick, but it won’t be an easy battle for his signature.

Carlo Ancelotti’s men are top of La Liga with 32 points after 12 games, a point ahead of Barcelona.

They have also secured their place in the Champions League round of 16 after finishing top of Group F.