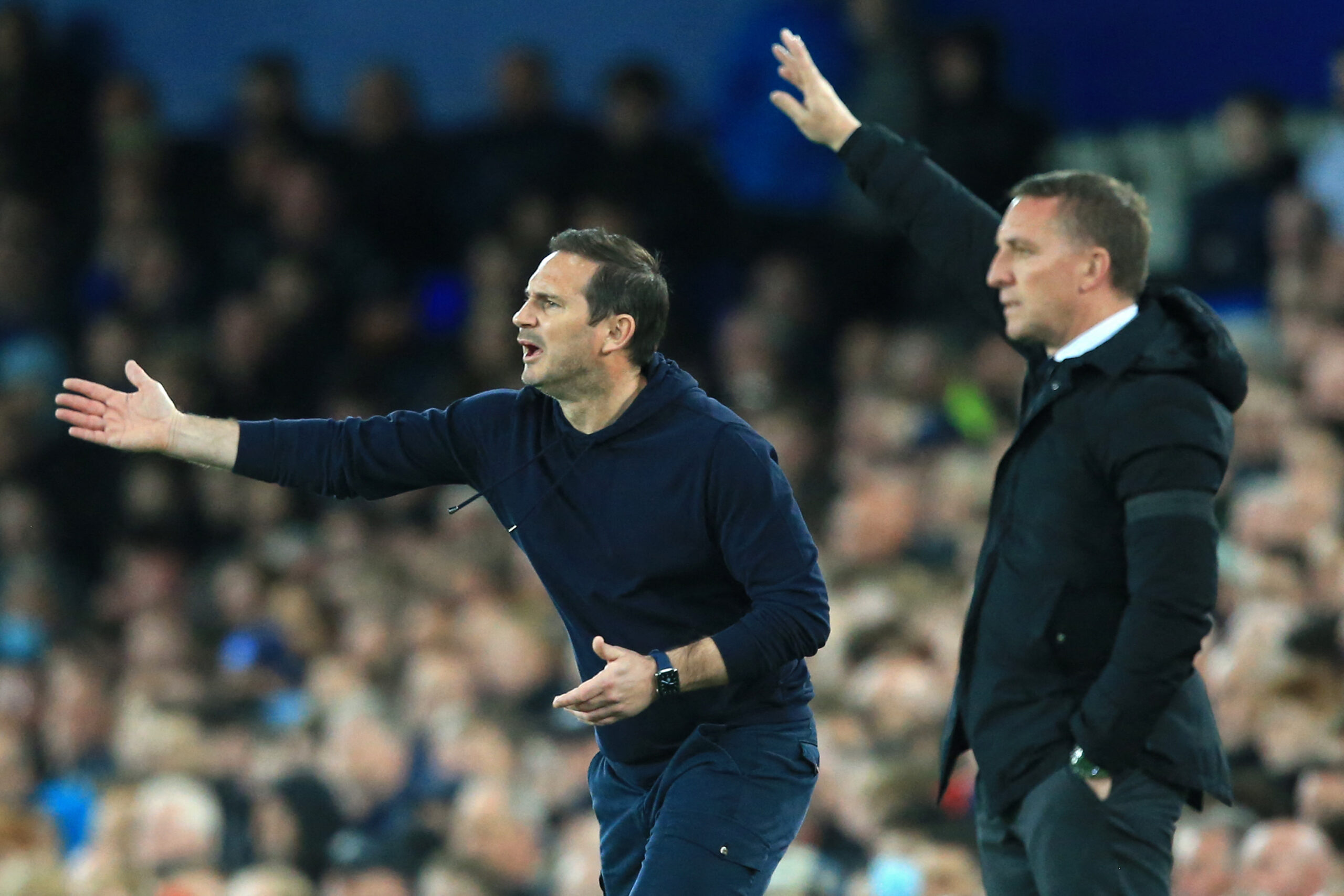 Goodison Park forms the backdrop for a bottom-half Premier League six-pointer between Everton and Leicester City.

Saturday’s fixture on Merseyside has all the makings of a must-win clash for both sides, especially for the visitors, who sit in the drop zone ahead of this matchday.

However, after clawing their way into mid-table comforts, Everton will be out to extend their slender three-point lead on the relegation territory following last weekend’s goalless draw at Fulham.

Frank Lampard’s men have enjoyed a slight upturn in form heading into this encounter, going from three Premier League defeats in a row to back-to-back league matches without losing (W1, D1).

Yet they’d be silly to let that tuck them into a false sense of security as they need to find consistency at Goodison amid an indifferent five-game home form in the top flight (W2, D2, L1).

Everton claimed a comprehensive 3-0 triumph over Crystal Palace in their most recent home league outing, yet they’ve not won successive home league games since September 2021.

That must be music to Leicester’s ears and their under-fire manager Brendan Rodgers, who’s been dancing on the edge of the abyss since the start of the 2022/23 season.

At least, Rodgers’ troublesome future in the East Midlands has received a lifeline, which could be short-lived should the visitors put on another uneventful showing.

Goals have been hard to come by for Everton this season. Lampard’s men have averaged just 0.84 goals per league match, scoring more than once per game just twice in the opening 13 rounds.

But the Toffees have grown into a formidable defensive unit, as witnessed by their decent run of four clean sheets across their last eight Premier League fixtures.

Showing the same defensive resilience on Saturday could prove crucial to Everton’s bid to build on their impressive five-game unbeaten streak against Leicester in the Premier League (W3, D2).

Leicester are unlikely to make it easy for the Merseyside strugglers following a standout 4-0 victory at Wolverhampton Wanderers on their latest league travel.

In addition to registering only their first Premier League shutout on hostile turf since March, the Foxes have halted a dreadful five-game losing away league start.

Defensive improvements would be another welcome addition to this in-trouble Leicester side, given that only two teams have conceded more top-flight goals than them (25) so far.

Everton vs Leicester, alongside all other fixtures in England’s top flight, is available to watch online via live Premier League streams.

Both teams have massively struggled with inconsistent performances this season, making it virtually impossible to give any predictions with absolute certainty.

We expect a keenly-contested battle in the middle of the park with very few clear-cut chances, which could lead to a dull share of the spoils.