Premier League Player of the Month nominees for October announced 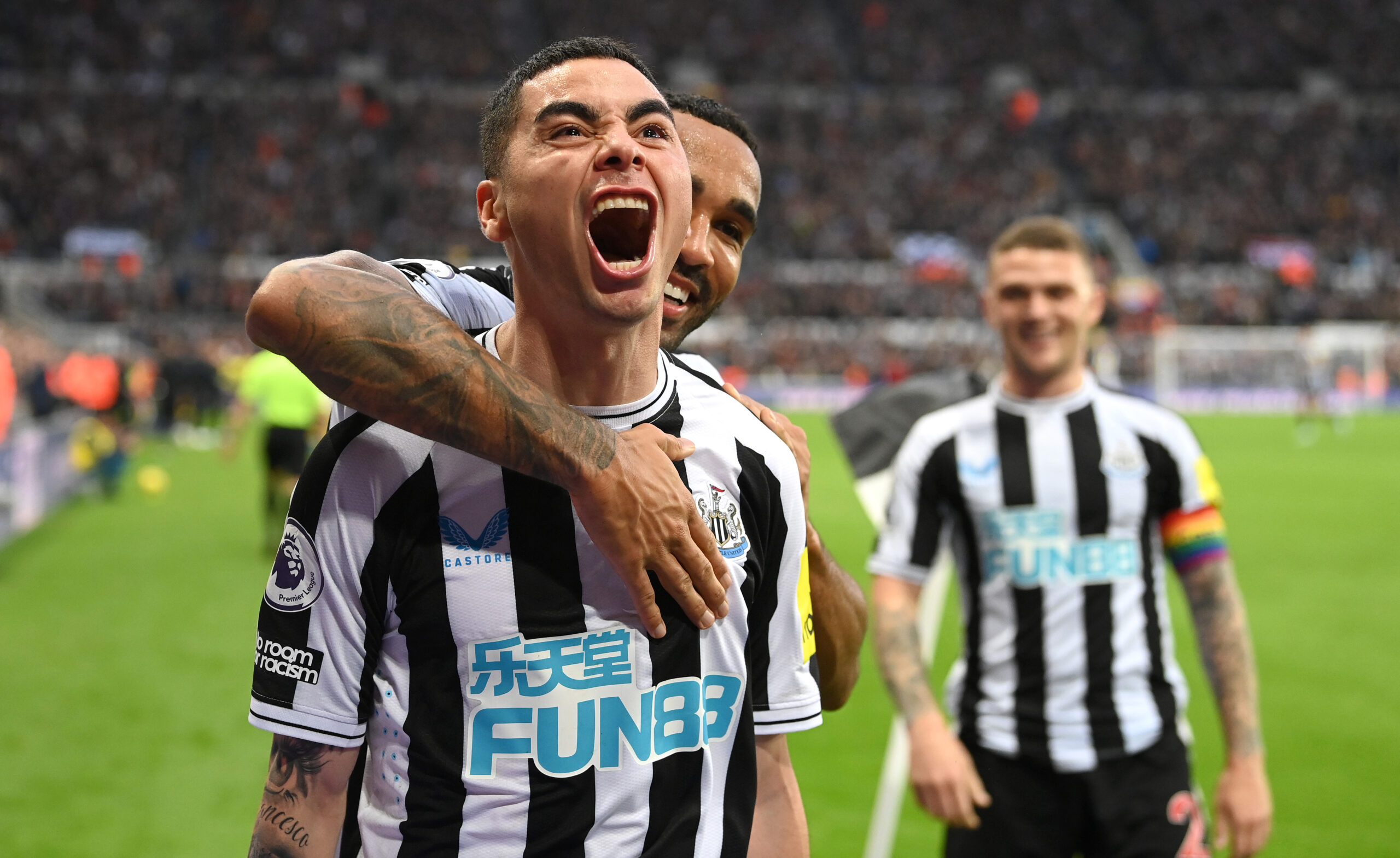 The shortlist for the Premier League Player of the Month award for October has been published.

Newcastle United are the most represented club from the eight-man shortlist, having picked up 16 points from a possible 18. Manchester City also boast two nominees, while Arsenal, Chelsea, and Brighton and Hove Albion have one candidate each.

The winner is expected to be announced on Friday, November 11. Supporters can cast their votes here.

It’s been an incredible month for Miguel Almiron, who has exploded into life after a tough start at Newcastle.

He began October with a brace against Fulham, including a Goal of the Season contender in the first half. The Paraguayan followed this up with strikes in the wins against Brentford, Everton, Tottenham Hotspur, and Aston Villa.

As things stand, Almiron seems to be the favourite for the award.

It will come as little surprise that Kevin De Bruyne shone once again in October. The Belgian superstar extended his lead in the race for the Playmaker Award, picking up three assists in two outings against Manchester United and Southampton.

Later on in the month, he added to his goal tally with two excellent strikes. His finish against Brighton and Hove Albion sealed the three points for his side, and his world-class free kick against Leicester City proved to be the decisive goal.

Since arriving on Tyneside just under a year ago, Bruno Guimaraes has been a fan favourite at St. James’ Park. And with performances like this, it’s not difficult to see why.

The former Lyon man is a dominant figure in the middle of the park, possessing everything you could want from a midfielder. In October, he netted twice in the 5-1 victory against Brentford, and assisted against Fulham and Everton.

After scooping the award in August, Erling Haaland is looking to make it 2/3. The Norwegian continued his exceptional goalscoring form, netting six in four outings.

He kicked off the month in style, bagging a hat-trick and assisting two in the Manchester derby. This was followed by another goal in the 4-0 home win against Southampton. After a rare blank at Anfield, he was back among the goals at home to Brighton and Hove Albion, striking twice.

Having played second-fiddle to Edouard Mendy for two seasons, Kepa Arrizabalaga’s career at Stamford Bridge seemed to be over. However, the appointment of Graham Potter has given the world’s most expensive goalkeeper a new lease of life.

From his six displays, the Spaniard has kept three clean sheets. He has drawn plenty of praise for his performances, especially in his side’s 2-0 away win against Aston Villa.

With the World Cup just around the corner, the competition for places in England’s right-back position is intense. If Kieran Trippier can keep up this form, it’s difficult to see anyone else being selected.

The former Burnley defender enjoyed a fantastic month for the Magpies. He contributed to three clean sheets in six games, and managed to register two assists against Brentford and Aston Villa.

Leandro Trossard has been one of Brighton’s standout players for a while now, and he once again proved it with a fantastic October.

He kicked off the month in perfect style, bagging a hat-trick in the Seagulls’ 3-3 draw against Liverpool. In doing so, he became only the third visiting player to hit a treble at Anfield in the Premier League, after Peter Ndlovu and Andrei Arshavin.

And he wasn’t done there. The Belgian also grabbed one in the defeat at the Etihad Stadium, and hit the opener in his team’s emphatic 4-1 victory over Chelsea.

As league leaders, Arsenal were bound to have at least one name on the shortlist. This time, it’s Granit Xhaka gaining the plaudits for his performances.

The Switzerland international has revived his career at the Emirates after a rollercoaster few years, and now looks to be irreplaceable in midfield. The most noticeable difference has been his goalscoring form, having been played further forward than usual.

In October, Xhaka was twice on the scoresheet in the Premier League. He struck once in the north London derby victory over Tottenham Hotspur, and opened the scoring in the draw against Southampton.