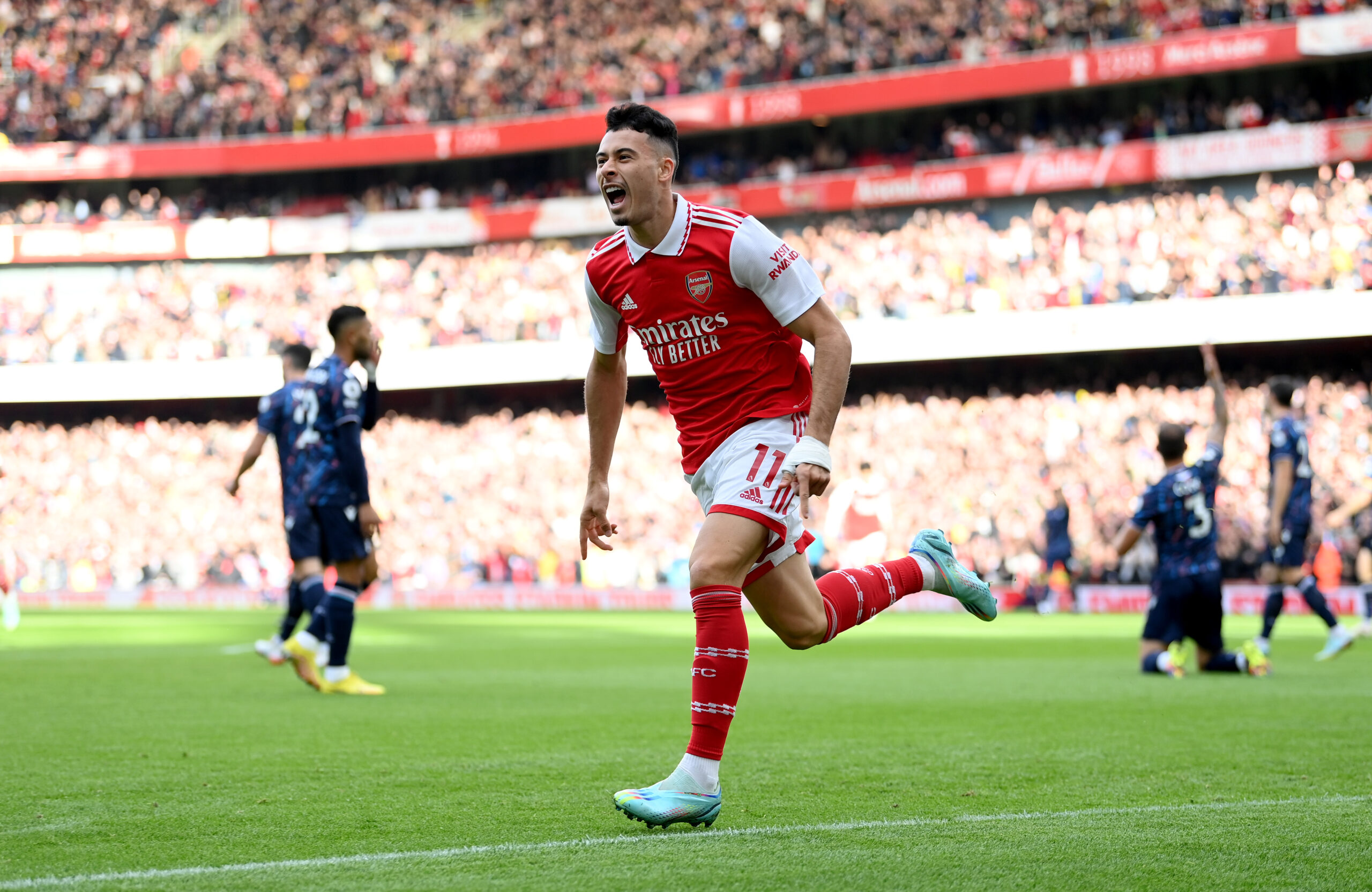 Gabriel Martinelli has confirmed his desire to commit his long-term future to Arsenal amid interest from Chelsea and Real Madrid.

Martinelli has been in blistering form this term and is one of the major reasons why his side sit top of the Premier League table after 12 rounds of matches.

With less than two years left on his current deal, Arsenal have kicked off negotiations with the Brazilian over an extension.

The Gunners have now been handed a huge boost in their quest to secure a new deal for Martinelli, who once again stated his love for the club.

“This is my club – I love to be here, I love the city, I love the club,” Martinelli was quoted saying by the Evening Standard.

“I love everything about Arsenal, so I want to stay. I just need to get a pen [to sign a new contract].

“I want to score, score in the next game and help my team do well. When I knew Arsenal wanted to buy me, it was one of the happiest days of my life.

“Every player who has the opportunity to play for Arsenal will try to play his best.”

Courtesy of his opener in Sunday’s 5-0 demolition of Nottingham Forest, Martinelli took his tally of league goals to five this term – one fewer than the whole of the last campaign.

The 21-year-old has all the makings of a future star at the Emirates Stadium, and it is no surprise that his current employers are moving swiftly to secure the winger’s future.

The north Londoners are also working on tying down William Saliba to a new deal following a blistering start to his first-team career at Arsenal.

He returned to the club in the summer following a loan spell with Olympique Marseille where he won the Ligue 1 Young Player of the Year.