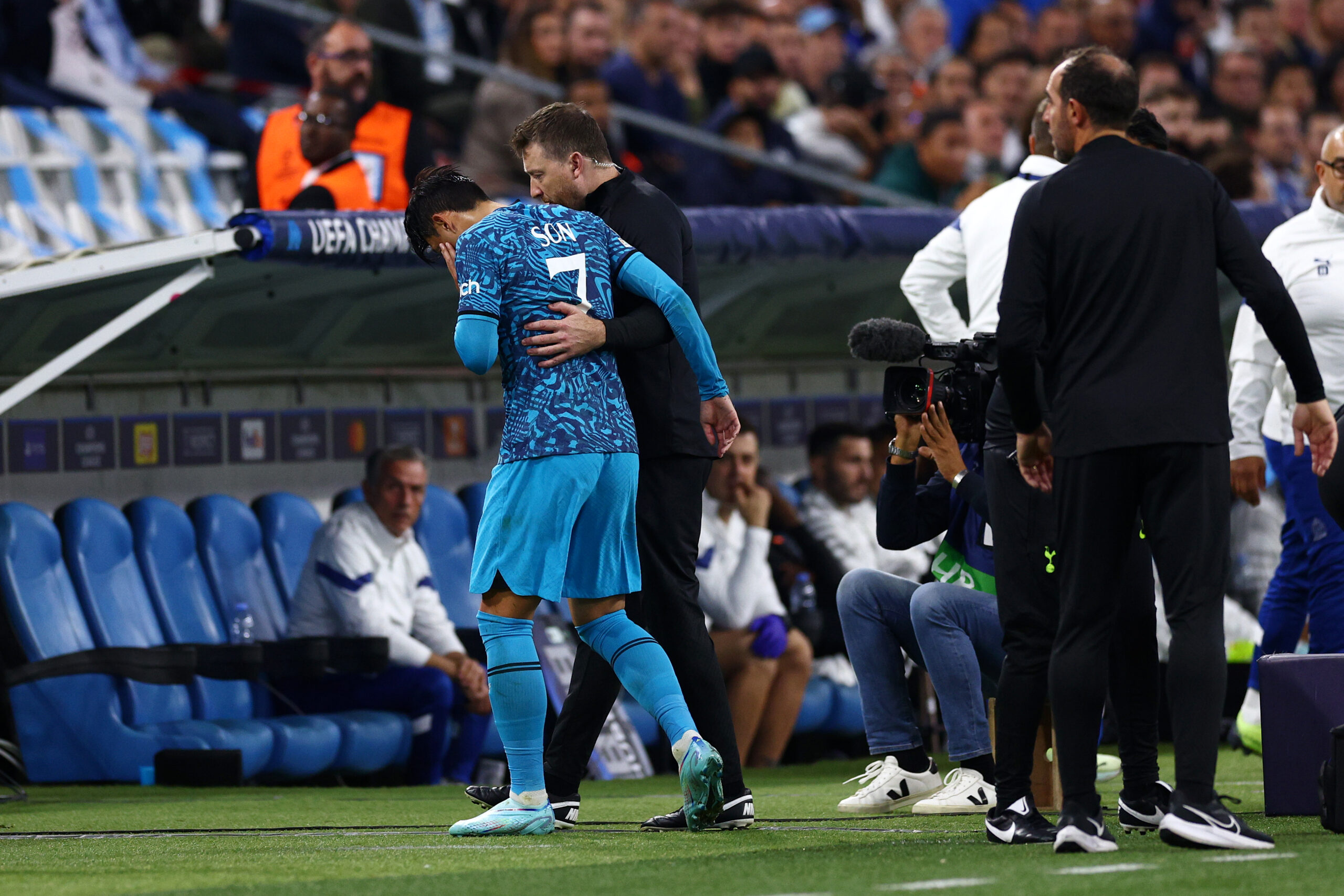 Both teams went into the game eager to keep their Champions League hopes alive, and Marseille drew first blood through Chancel Mbemba on the stroke of half-time.

Spurs produced an incredible turnaround in the second half, with Clement Lenglet netting the equaliser before Pierre-Emile Hojbjerg scored the winning goal in injury time.

The victory helped the north Londoners seal their place in the round of 16.

However, Son’s injury overshadowed the dramatic victory at the Velodrome.

The South Korean international suffered a nasty collision with Marseille goalscorer Mbemba in the first half and was withdrawn immediately.

His injury leaves Spurs short of options in the forward line, with Richarlison and Dejan Kulusevski already sidelined.

Tottenham’s assistant manager Cristian Stellini, who oversaw the Marseille game due to Antonio Conte’s suspension, has offered an update on Son’s status.

Stellini revealed that the South Korean forward has a swollen eye and will be assessed in the coming days.

However, Conte’s assistant remains optimistic as the forward celebrated with his teammates in the dressing room after the victory against Ligue 1 giants.

“It is his face – his eye is a bit swollen,” Stellini told the Spurs’ official website.

“We have to check Sonny tomorrow. We wait for the medical assessment.

“Sonny feels better now. I saw him in the dressing room. He celebrated with us. So, we will wait for tomorrow.”

The 30-year-old has scored five goals and provided two assists in all competitions this season.

Conte will be desperate to have Son available for their Premier League clash with Liverpool this weekend.