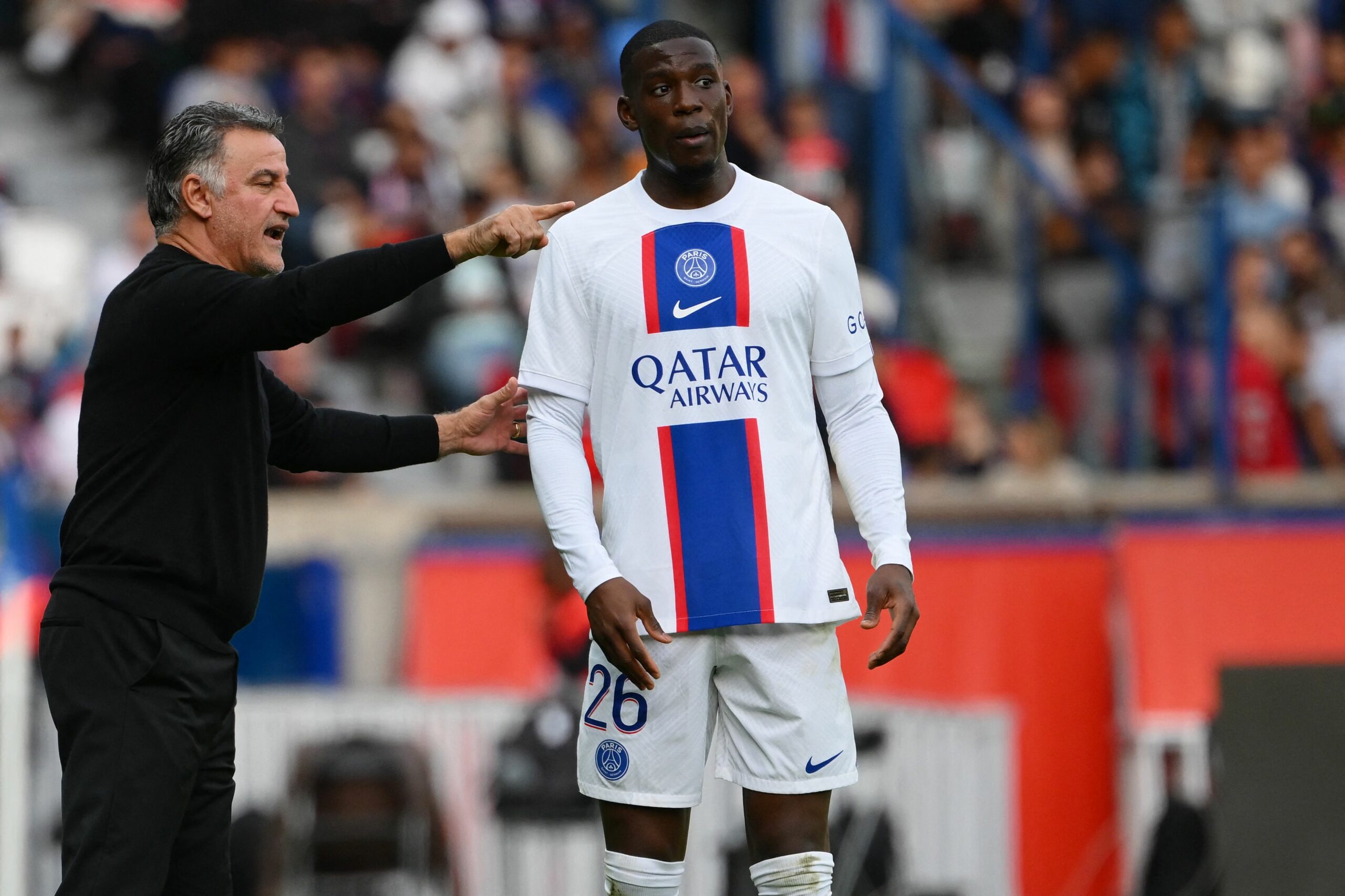 The defender joined Les Parisiens this summer, but Chelsea wanted to take him to London. The Blues saw an opportunity when Timo Werner returned to RB Leipzig for €30 million.

“The Blues were keen to include Mukiele as part of the deal to let Timo Werner return to RB Leipzig. Still, he decided to join PSG, and it never changed.”

Mukiele has proved an excellent signing by sporting adviser Luis Campos. He can cover on the right side of Christophe Galtier’s backline and back up Achraf Hakimi at right wing-back.

The 25-year-old has made 11 appearances in Ligue 1. He has one assist and has helped his team keep three clean sheets.

He is a solid defender and athletic enough to maraud forward to cause damage.

His attributes caught the eye of Chelsea, but they could not bring him in. They also failed to provide much-needed cover for Reece James.

They had their eyes on France international Jonathan Clauss, but he moved to Olympique Marseille. Inter Milan also kept hold of Denzel Dumfries despite Chelsea’s interest.

Chelsea ended up keeping Cesar Azpilicueta. The captain signed a two-year deal to stay on despite almost joining Barcelona on a free transfer.

On the right side of their backline, Chelsea signed Wesley Fofana and retained Trevoh Chalobah’s services.

Fofana has struggled to adapt in his first few games, and an injury has kept him out for the past few weeks. He will return for Chelsea after the World Cup following his trip to Dubai to continue his rehabilitation.

Chalobah has impressed for Chelsea this season, leaving the club feeling relieved after almost loaning him to Inter Milan.

Chelsea will now have to keep looking for cover for James, who is currently out of action with an injury. They could address the problem in the January transfer window or next summer.