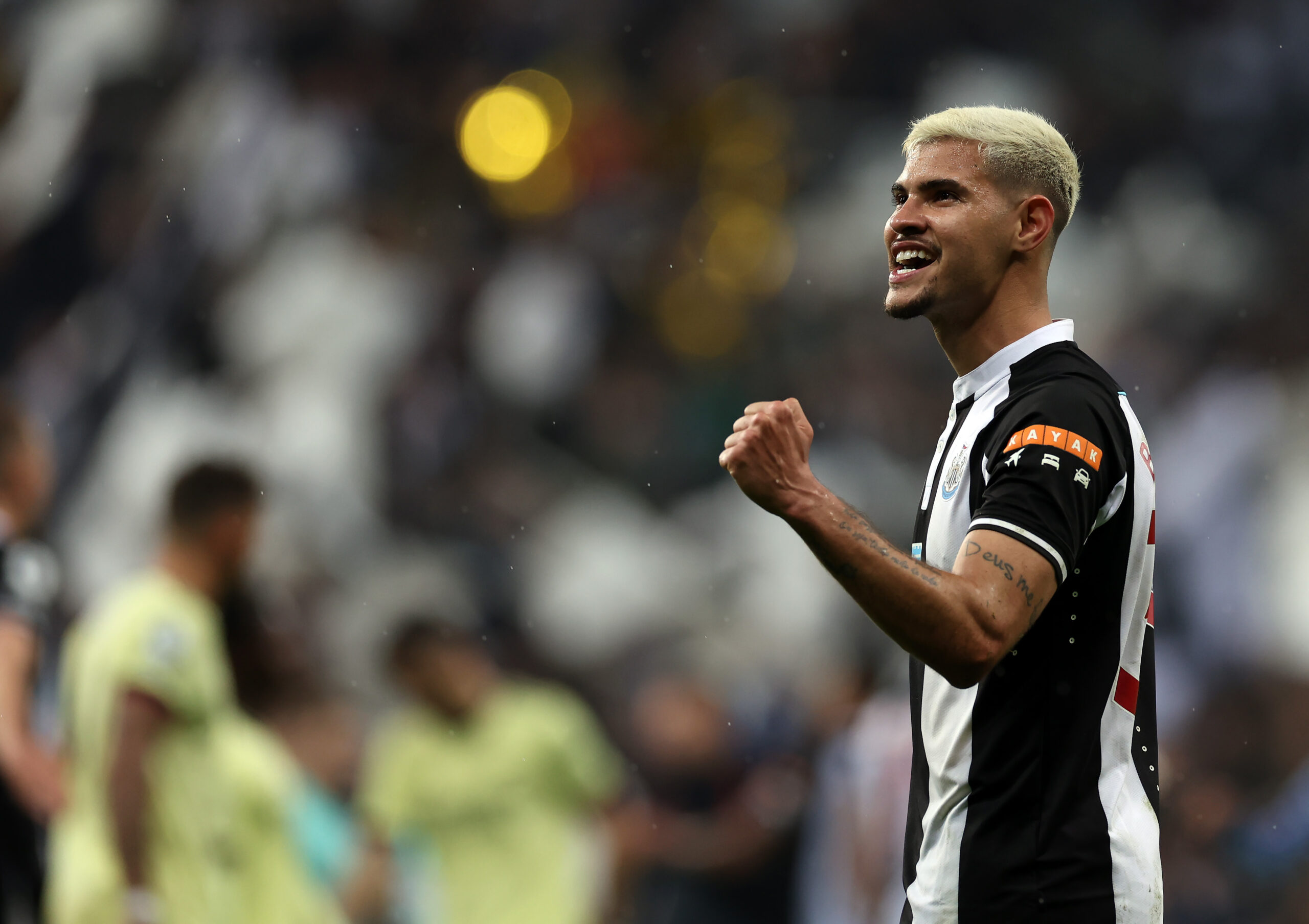 Barcelona are preparing to make a move for Newcastle United midfielder Bruno Guimaraes, according to The Sun.

The La Liga giants have accepted defeat in their pursuit of Manchester City’s Bernardo Silva and have turned their attention to Guimaraes.

Since moving to Tyneside earlier this year in a £40 million deal from Olympique Lyon, the Brazilian has been a standout performer for Newcastle.

Consequently, Guimaraes is attracting interest from a host of European heavyweights including Real Madrid, Chelsea and Juventus.

With Barcelona now joining the aforementioned clubs in the hunt for Guimaraes, his current employers could soon kick off negotiations over a new deal which would see him earn £200,000 per week.

However, the Magpies remain relaxed over the future of their star man, who recently stated his desire to write his name in the club’s history books.

“I feel at home and the experience I’ve had here has been amazing,” Guimaraes told Sky Sports.

“Yes, sometimes it can be difficult to leave the house because everybody recognises me, but the fans are always so friendly, so loving, not just with me but with everyone in my family.

“It’s always nice when there are teams looking at you, but my plan is just to do my best at Newcastle.

“I have three or four years of contract left and I swear, I’m not thinking about other things – my focus now is just on Newcastle and the World Cup.

“I love playing here, I love to bond with the fans, and I want to become a legend here.”

Guimaraes and Newcastle have made a flying start to the 2022/23 Premier League campaign having picked up 24 points from 13 matches.

Off the back of yesterday’s 4-0 thrashing of Aston Villa, they currently sit in the top four of the league table, with Chelsea, Manchester United and Liverpool all behind them.