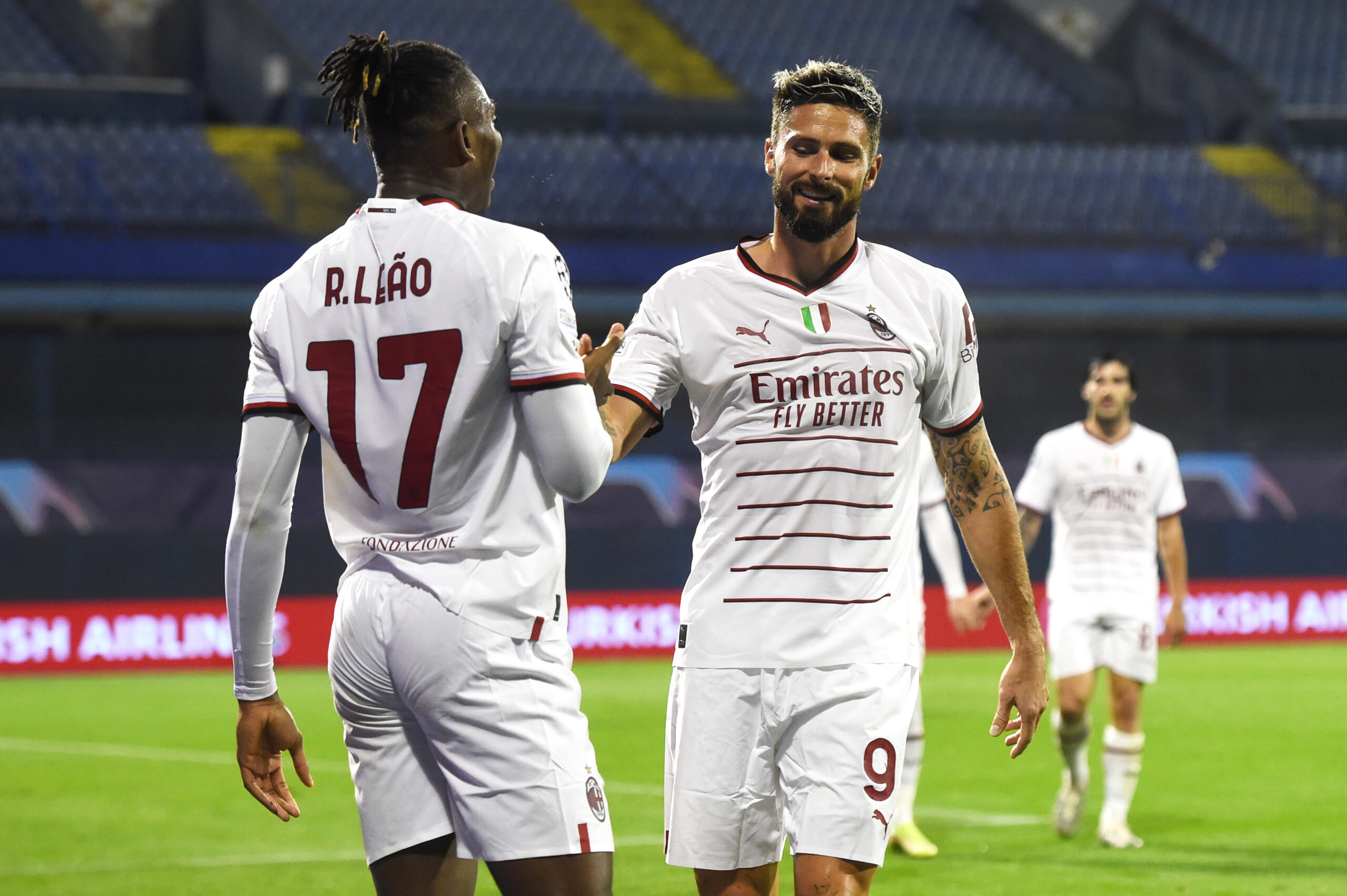 AC Milan’s bid to progress into the Champions League knock-outs for the first time since 2013/14 is on the line as Red Bull Salzburg arrive at the Stadio San Siro in a crunch Group E finale.

It all comes down to this encounter for both sides, though the defending Serie A champions are in a pole position to conquer a coveted runner-up spot ahead of the kick-off.

On seven points, Stefano Pioli’s men are one clear of third-placed Salzburg, meaning all they have to do is avoid defeat to accomplish a long-awaited milestone.

However, a positive result is not a foregone conclusion by any stretch of the imagination, especially taking Milan’s topsy-turvy home form into account.

Rafael Leao and his teammates have alternated between winning and losing across their last four competitive outings at the San Siro, most recently thrashing Serie A debutants Monza 4-1.

Last week’s overwhelming 4-0 victory at Dinamo Zagreb appeared to be a boost of confidence for Pioli’s injury-hit squad, yet a lacklustre 2-1 defeat at Torino on Sunday may have dampened their enthusiasm.

Visiting Salzburg will bank on their hosts’ mixed bag of performance as they hope to reach the Champions League knock-out phase for the second season running.

Nothing less than a victory will do for the perennial Austrian Bundesliga champions following last week’s morale-damaging 2-1 home defeat to runaway Group E winners Chelsea.

But Matthias Jaissle’s side recovered from that setback by eking out a slender 1-0 victory over Hartberg at the weekend to maintain a two-point lead at the top of the Austrian Bundesliga standings.

Though Milan’s recent competitive home fixtures have fluctuated between successes and failures, the Rossoneri can draw inspiration from an impressive 12-game record against Austrian teams (W8, D3, L1).

Following the abovementioned humbling of Zagreb, the Italian heavyweights can rack up back-to-back Champions League wins for the first time since 2011.

Milan will need Olivier Giroud at his peak now more than ever after the 36-year-old veteran became the oldest player to smash a 20-goal barrier in the Champions League at the Makismir Stadion last week.

In order to leapfrog Milan to a runner-up spot in Group E, Salzburg must defy their ‘Rossoneri hoodoo’ and post their first H2H European triumph at the fourth time of asking (D1, L2).

That’s not the only negative trend they need to buck on Wednesday, as an underwhelming six-match winless away streak in the Champions League (D3, L3) requires immediate improvement.

It’s not all doom and gloom for Salzburg. They head into proceedings on the back of nine consecutive unbeaten matches in all competitions (W7, D2).

Milan vs Salzburg, alongside all other matches in Europe’s most prestigious club competition this season, is available to watch online via Champions League live streams.

While Milan would undoubtedly settle for a draw, they cannot afford to let Salzburg take control of the game and rely on Leao to deliver the goods on the counter.

Pioli will be well advised to opt for an attacking approach if the Rossoneri are to get their progression bid over the line as we back the hosts to pick the Austrians apart.