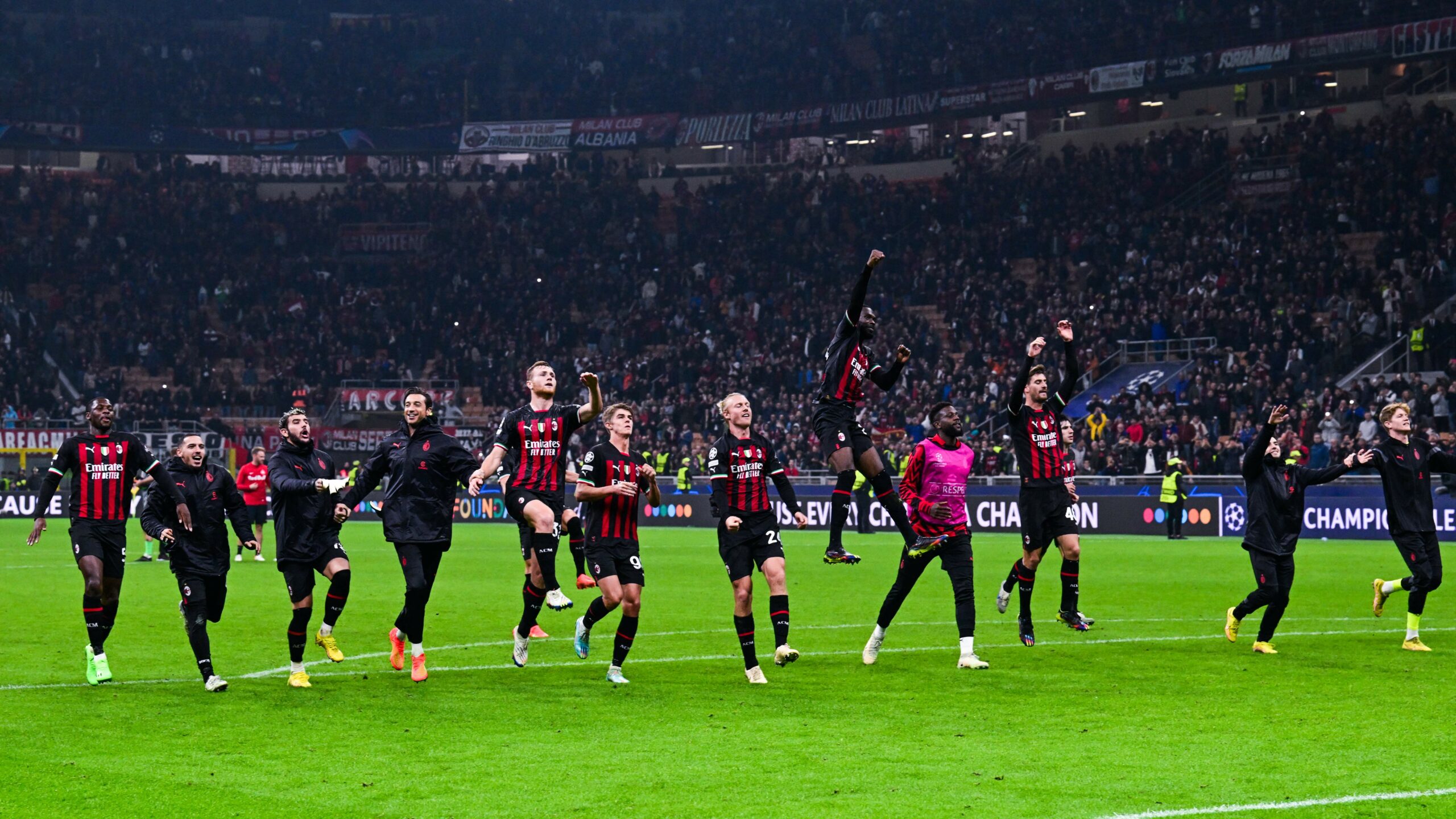 AC Milan defeated RB Salzburg at home to secure a place in the knockout stage of the Champions League for the first time since the 2013/14 season.

Both sides went into the game hoping to join group leaders Chelsea in the next round. However, the Serie A team came out on top as Matthias Jaissle’s Salzburg crashed into the Europa league.

Milan started the game as the better side as Theo Hernandez struck the post early on. They took the lead through Olivier Giroud when he headed in a corner from Sandro Tonali after 14 minutes.

The Frenchman thought he had doubled the lead minutes later when he fired home a rebound from Hernandez’s shot, but he was adjudged offside.

The Austrian side began to fight back to get into the game. Junior Adamu rolled Simon Kjaer but he scuffed his shot straight at Ciprian Tatarusanu.

The 36-year-old Romanian goalkeeper denied Adamu again moments later with a good 1v1 save. Pierre Kalulu had to make a block to deny Noah Okafor a clear sight on goal.

Despite Milan taking the lead into half-time, Salzburg had the upper hand.

That did not matter as Milan doubled their lead 41 seconds into the second half. Ante Rebic fired a deep cross that Giroud kept alive for Rade Krunic to head home.

Milan established more control and made things more emphatic 11 minutes later. Rafael Leao had tormented the Salzburg backline all night and skipped past most of the rearguard to cross.

Salzburg scuffed the clearance, and it fell to Giroud, who netted his second. Leao hit the bar minutes later, with Giroud poised to score his hat-trick.

Milan made it four in the dying moments after Giroud held the ball well and linked up Junior Messias. The Brazilian raced through on goal and kept calm before angling it into the net.

Ciprian Tatarusanu 7.0: Shaky distribution but made two good saves to keep Milan in the game under pressure.

Theo Hernandez 9.0: The Milan skipper was unplayable as Salzburg struggled with his long-bursting runs. He created big chances with his passing and shooting.

Fikayo Tomori 7.0: The former Chelsea man won his duels, but Adamu and Noah Okafor did not test him that much.

Simon Kjaer 7.0: He marshalled his backline well under pressure and kept a deserved clean sheet.

Pierre Kalulu 6.5: The Frenchman made one superb block to deny Salzburg but did not do much to get forward from right-back.

Sandro Tonali 6.5: Despite his assist, he struggled to control/influence the game in the middle of the park.

Ismael Bennacer 8.0: Ran the show in midfield and connected the defence to attack expertly.

Rafael Leao 8.5: No goal or assist, but he torched Salzburg from the left and right before coming off to a standing ovation from his home fans.

Ante Rebic 7.5: The Croatian was solid without being spectacular. He caused problems with his running behind.

Rade Krunic 6.5: Anonymous for most of the game before and after his goal. He did a lot of running but didn’t do much to justify starting in that hole behind Giroud.

Olivier Giroud 10: Two goals and two assists as he helped Milan power through to the round of 16. A world-class performance from the centre forward.

Philipp Kohn 6.0: There was nothing the Swiss goalkeeper could do about any of the goals as his defence let him down.

Maximilian Wober 5.5: The Austrian international struggled to contain Leao and Rebic for most of the game.

Strahinja Pavlovic 6.5: It was a game of two halves for the 21-year-old. The centre-back was imperious in the first half but struggled in the second half.

Oumar Solet 5.5: Struggled in the first half and was taken off after 45 minutes

Amar Dedic 5.0: Another that struggled and played poorly. A lot of effort but it did not translate into a good performance.

Lucas Gourna-Douath 5.5: The former Saint Etienne midfielder could not control the game from midfield and ran a lot to no avail.

Maurits Kjaergaard 6.0: He delivered some of his trademark crosses from the left side of midfield. However, they were not enough. He battled hard and won his duels.

Nicolas Seiwald 6.0: The Austrian midfielder also fought hard enough but could not influence the game as much as he’d have liked.

Luka Sucic 6.0: Plenty of effort, plenty of graft, and barely any result. One of the few that can hold his head high.

Junior Adamu 6.0: He Had two of the best chances for Salzburg, even though they were not the clearest. The Nigerian-born striker fought hard for the team but could not put the ball in the back of the net.

Noah Okafor 5.5: He was anonymous for most of the game and could not get going.