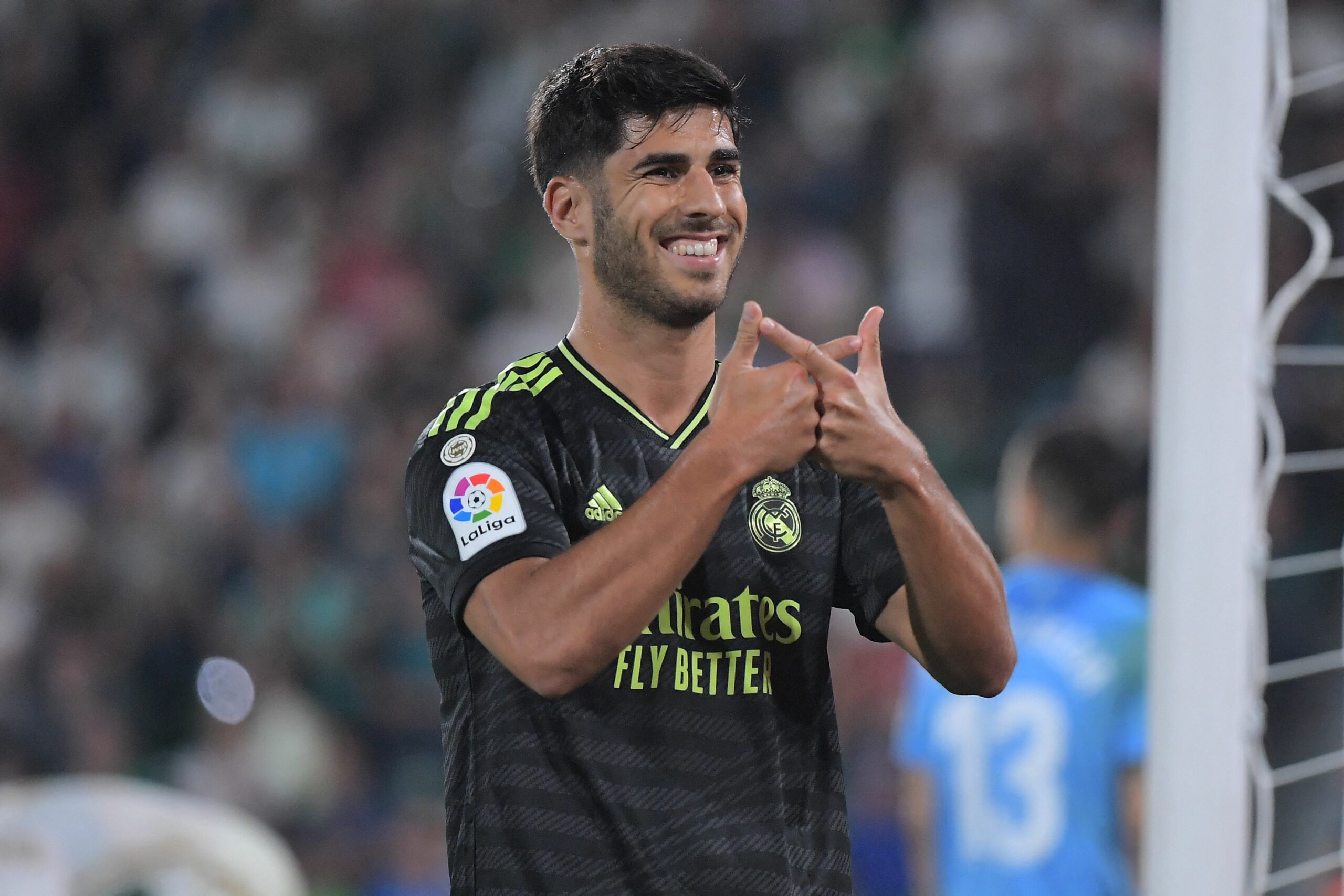 Juventus are eager to acquire the services of Marco Asensio in January, according to Calciomercato.

The Spaniard was linked with an exit from Real Madrid during the summer transfer window, but nothing significant materialised despite interest from reigning Italian champions AC Milan.

With his existing Los Blancos deal set to expire next summer, a January exit is firmly on the cards for Asensio, who has often found himself out of Carlo Ancelotti’s XI this term.

Rodrygo and Federico Valverde have primarily been deployed on the right-hand side of Madrid’s attack, while the former usually gets the nod to feature centrally in the absence of Karim Benzema.

This has seen Asensio make just one start in 13 games across all competitions, although the winger recently claimed that he is happy at Santiago Bernabeu and wanted to sign a new deal.

“I had options but I never seriously thought for a moment that I wanted to leave as I’m very happy at Real Madrid,” the 26-year-old said In a recent interview with El Partidazo de Cope.

“Renewing at Real Madrid does not depend on me – it depends on many factors but I hope it can happen.”

However, he also claimed that the more the uncertainty surrounding his future lingers, the closer he could be to an exit from the Spanish capital.

“I am in a world where there are many rumours, “Asensio added.

“It’s normal because in January I can sign with any club and more will come out – we are in that circle that I cannot control.”

A move to Juventus for Asensio could help get both parties back on track as Max Allegri’s men sit sixth in Serie A, a whopping 10 points adrift of league leaders Napoli.

The Old Lady have also been dumped out of the Champions League, while they still have work to do in their final group stage clash against Paris Saint-Germain on Wednesday to avoid missing out on a place in the Europa League.