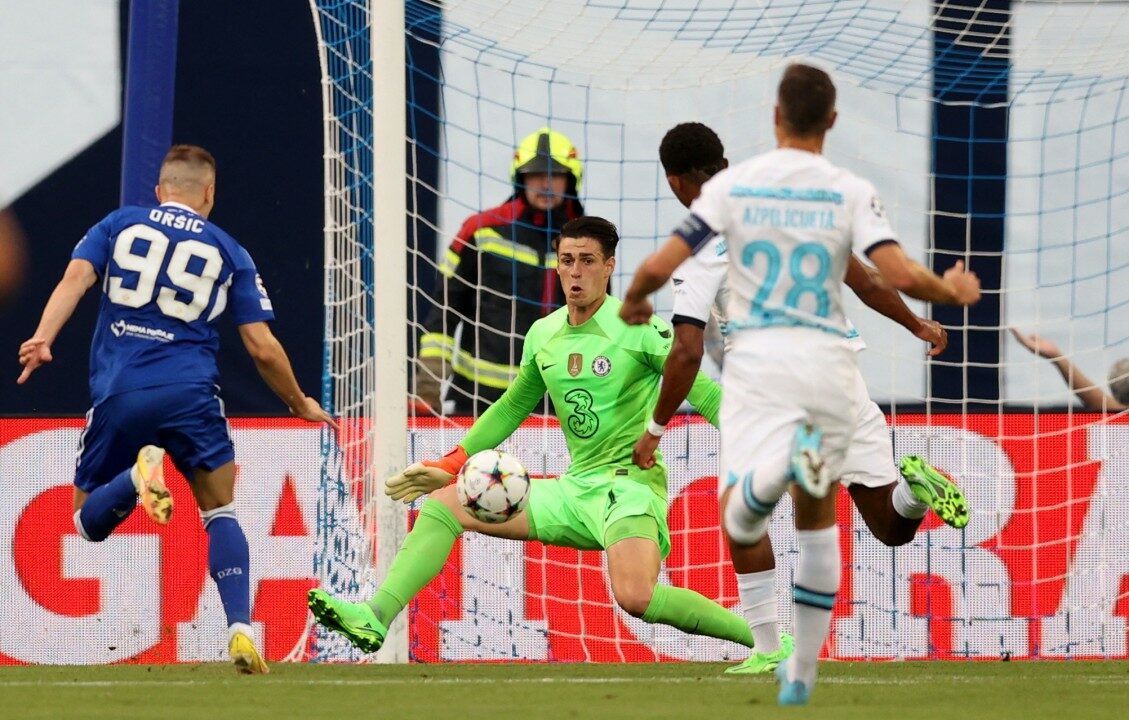 Having already secured a spot in the Champions League last 16 as group leaders, Chelsea will play host to Dinamo Zagreb in their final Group E game at Stamford Bridge on Wednesday.

Chelsea’s place in the knockout stage was sealed with a 2-1 win over Red Bull Salzburg last week thanks to two stunners from Mateo Kovacic and Kai Havertz on either side of the break that cancelled Chukwubuike Adamu’s strike.

The Blues have established a three-point gap at the top of Group E and will progress to the knockout phase as group winners, given their superior head-to-head record over second-placed AC Milan.

Manager Graham Potter will welcome the chance to prioritise next weekend’s Premier League London derby with Arsenal following his miserable return to the Amex Stadium.

The Englishman suffered a humbling 4-1 defeat over the weekend against his former employers, Brighton & Hove Albion, ending his nine-game unbeaten run since becoming Chelsea manager.

However, Potter is still unbeaten in Europe, and a good omen awaits him if he can extend that run to five matches on Wednesday night.

Since Roberto Di Matteo in 2011/12, when the west Londoners ended up being crowned European champions, no other Chelsea boss has gone unbeaten in their first five Champions League matches in charge.

On that basis, there is more than one motivation for Potter to ensure that his side does not suffer their first home defeat of the season.

Dinamo could become only the second team in Champions League history to ever do the double over Chelsea in the group stages after Basel in the 2013/14 campaign.

However, their recent performances does little to suggest that they can follow in the footsteps of the Swiss giants.

Ante Cacic’s side have only picked up one point since their improbable 1-0 win over the Blues on matchday one, and their hopes of a place in the last 16 ended after a 4-0 thrashing at the hands of Milan last week to leave them battling for third place.

October has not been kind to the Croatian champions, who enter Wednesday’s match having won just one of their last six games in all competitions (D2, L3) – the last of which ended in a 1-0 league defeat to NK Osijek on Saturday.

The Europa League remains within their reach. However, while they will need the Serie A champions to do them a favour against third-placed Salzburg, Zagreb will need to win an away game in the Champions League – a feat they have not achieved in the last 24 years.

Chelsea’s home record in the Champions League has been something to savour as the Blues are unbeaten at Stamford Bridge since September 2019, when they were beaten 1-0 by Valencia under Frank Lampard.

They have won six and drawn four of their ten home games since then, scoring 23 goals at an average of 2.3 per game.

Since the start of last season, no team has scored more goals following a build-up sequence (open play sequences that feature 10+ passes and end in a goal) than Chelsea (7) in the Champions League.

Mason Mount has been pivotal to Chelsea’s play in the Champions League this term. He has been directly involved in more shots and chance creation than any other Chelsea player (21 – 10 shots, 11 chances created).

The only other player for an English club who has had 10+ shots and created 10+ chances this term is Manchester City’s Jack Grealish.

Zagreb will visit an English opponent in the Champions League for just the fourth time, and they have failed to register a win in any of their last three (D1, L2).

Zagreb’s last away win in the Champions League was in November 1998, when they won 1-0 at Ajax. Since then, the Croatian side have played 20 games away from home in the competition without winning, with 17 ending in defeat (D3).

Mislav Orsic has scored two of Zagreb’s three goals in the Champions League this season, with one coming in the reverse fixture against Chelsea, and will be itching to hurt the Blues again.

Chelsea vs Dinamo Zagreb, alongside all other matches in Europe’s most prestigious club competition this season, is available to watch online via Champions League live streams.

The first-leg scoreline was an aberration, and while the Blues will be looking to correct that, Potter will also be keen to see a response to the Brighton defeat from his side.