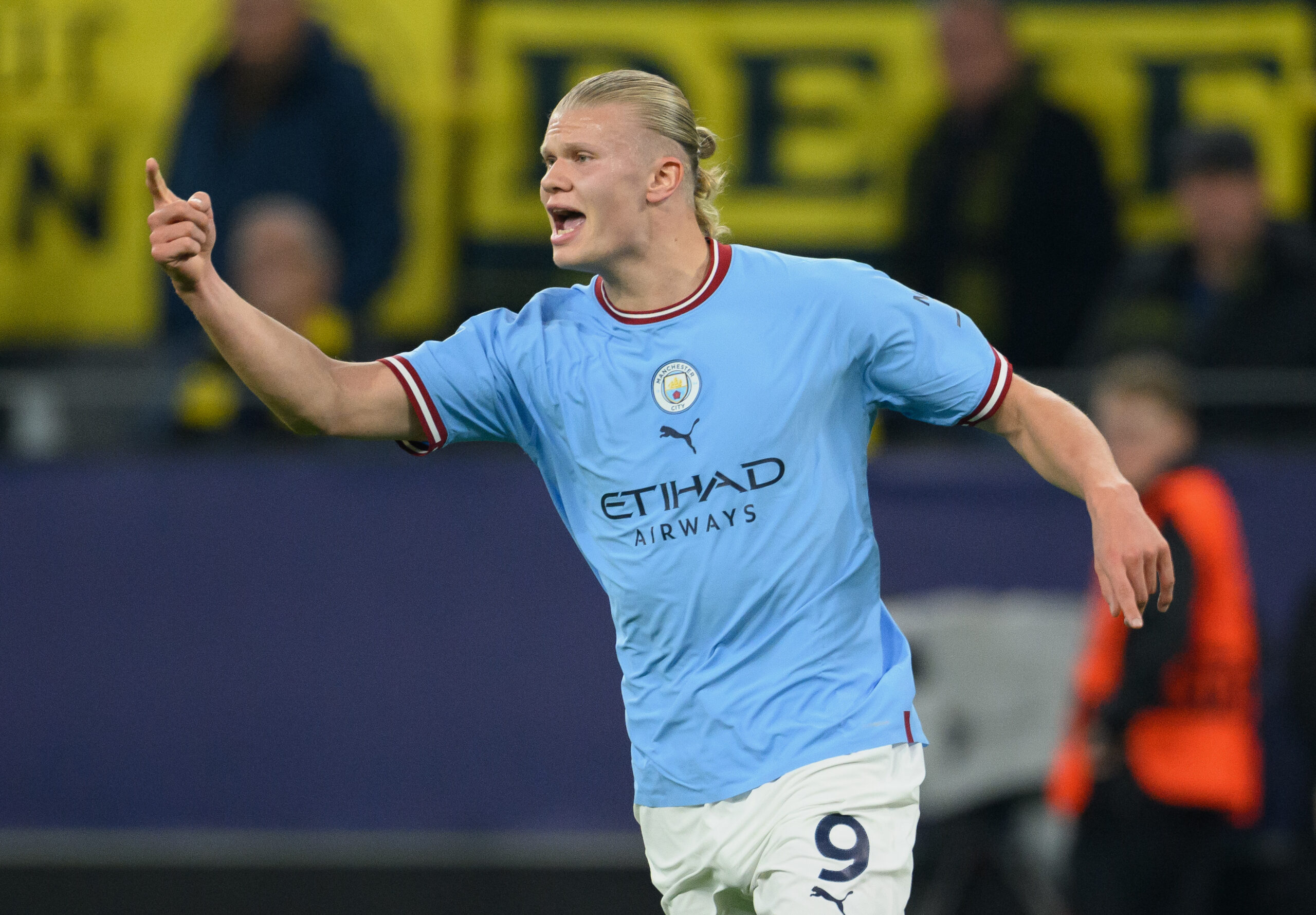 Despite lacking an omnipresent figure in the shape of Manchester United’s Cristiano Ronaldo, the 2022/23 Champions League Golden Shoe race will be breathtaking.

Karim Benzema’s career-defining 2021/22 season saw him walk away with the prize after equalling Ronaldo’s record for most goals scored in a single Champions League campaign (15).

However, the Real Madrid talisman has yet to get off the mark in 2022/23 despite Los Blancos’ imperious European form, meaning the award will go to someone else this term.

Let’s take a look at the three likeliest candidates to take the Golden Shoe this season.

One of the all-time top scorers in the Champions League, Lionel Messi, is still in the picture with four goals, but we’ve decided to back three players yet to grab the prize.

Tipped for greatness from the day he first grasped Champions League football as a teenager with Monaco, the 23-year-old has set his sights on the prize this season.

Even though the 2018 FIFA World Cup winner has to share the scoring stakes with the likes of Neymar and Messi, he looks unwilling to surrender the spotlight.

Mbappe has hit the ground running during the start of the 2022/23 Ligue 1 season and has transferred momentum to the European front, scoring in four of his five Group H outings.

The Madrid-linked high-flyer will be essential to PSG’s bid to lift an elusive first Champions League title this season, which is likely to boost his effort to win the Golden Shoe.

As one of the most prolific players in recent Premier League history, Liverpool superstar Mohamed Salah is eyeing up the Champions League Golden Shoe for the first time in his illustrious career at Anfield.

Despite the Reds’ utterly embarrassing 2022/23 start, under-fire manager Jurgen Klopp has led them to the competition’s knock-outs in all his six attempts, in the club’s longest-ever run of consecutive qualifications.

Salah has been an all-important figure in Liverpool’s top-two charge in Group A, clocking up six goals and one assist in five appearances to go toe-to-toe with Mbappe.

It’s worth noting the three-time Premier League Golden Boot winner notched 50% of his Champions League haul for the season with a record-breaking five-minute hat-trick in a 7-1 demolition of Rangers.

With Liverpool widely expected to pick themselves up from a dreadful season start and mount a genuine title challenge in Europe’s elite competition, the Egyptian King will likely for the crown until the end.

Erling Haaland has gone from strength to strength since swapping Borussia Dortmund for Manchester City in the summer, growing into the deadliest striker on the planet.

With 17 goals from 11 Premier League matches, the Norwegian goalscoring machine leads the scoring board in England’s top flight as he stares down the barrel of a potentially record-breaking season.

The 22-year-old has been equally impressive in the Champions League, clocking up five goals in as many games, even though he’s lasted for 90 minutes only once.

Haaland has been the frontman Pep Guardiola was desperate to instill into his star-studded line-up in the post-Sergio Aguero era, soaking up the limelight as a world-class poacher.

The Cityzens faithful believe he could be the catalyst to inspire Man City to their first-ever Champions League success, and based on his early career at the Etihad Stadium, it’s impossible to think otherwise.