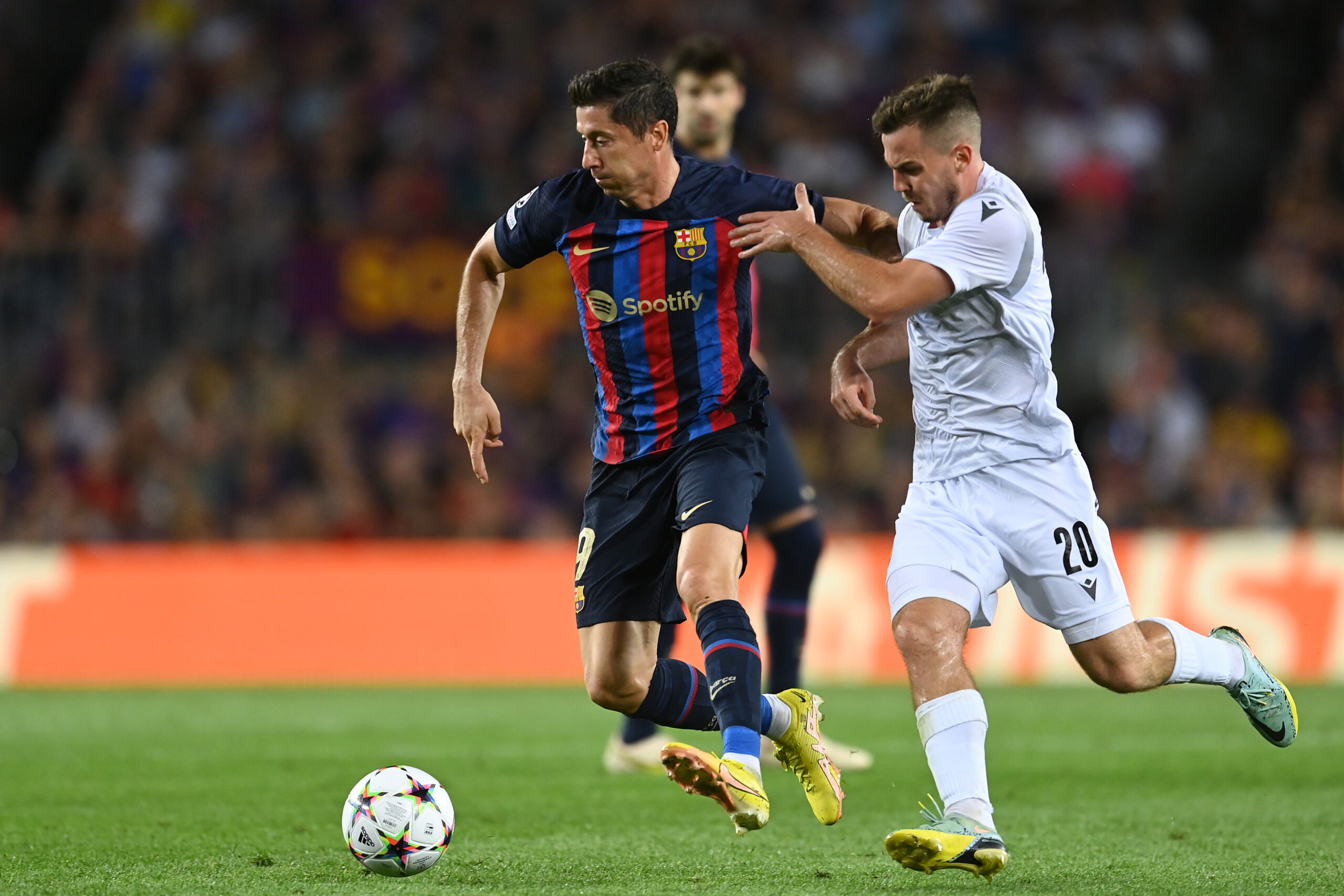 Champions League Group C comes to a close on Tuesday as Viktoria Plzen and Barcelona lock horns in a dead rubber at the Doosan Arena.

Plzen’s return to the Champions League group stages for the first time since 2018/19 has not gone according to plan, as the reigning Czech champions enter the final group round pointless.

Unlike their most recent appearance in the Champions League group phase, when they switched to the Europa League knock-outs, they have nothing but pride left to play on matchday six.

Stuck in the so-called ‘group of death,’ Michal Bilek’s men are on the cusp of reaching several unwanted pieces of history, especially with rage-driven Barcelona arriving in town.

There’s no doubt Plzen would want to avoid joining 22 other clubs to lose all six group fixtures in the Champions League group stages, yet that’s not the only dubious record on the cards.

After conceding a staggering 20 goals in their opening five Group C outings, the Czech outfit could just four away from equaling the record for most goals conceded (24) in a single group stage campaign.

Regardless of the outcome, Barcelona are already confirmed to finish in third and shift to the Europa League play-off round for the second season running.

Xavi Hernandez’s team did well to leave the humiliation of another ill-fated European season behind, with Robert Lewandowski scoring at the death to fire the Blaugrana to a 1-0 win at Valencia at the weekend.

While they have nothing but pride and statistics left to play for, like their hosts, Barcelona should still show professionalism and desire to bow out of Europe’s elite club competition with dignity.

Plzen’s only previous home match against Barcelona in the Champions League yielded a clear-cut 4-0 defeat in the 2011/12 group stage, featuring Lionel Messi’s hat-trick.

Though Messi is no longer part of Barca’s squad, it’s hard to imagine the Czechs defying their disastrous nine-match home record against Spanish visitors in European football (W1, D1, L7).

Unless they come up with a miracle to prevent the Catalans from taking home all three points, Plzen will meet an unwanted piece of history as they stare down the barrel of three straight home losses in the Champions League for the first time.

Speaking of negative records, Barcelona have lost their last three away matches in the Champions League and could make it four on the spin for the first time since 1997.

However, that record is likely to stand the test of time, especially considering they have racked up six victories and a draw across their six previous Champions League encounters against Czech opposition.

On top of that, Barcelona have been victorious on their three previous Champions League visits to the country, solidifying the visitors’ bid to finish their embarrassing group phase campaign on a high.

Plzen vs Barcelona, alongside all other matches in Europe’s most prestigious club competition this season, is available to watch online via Champions League live streams.

Barcelona may field an understrength line-up now that they can no longer compete for a place in the Champions League knock-outs, yet this should be plain sailing for the visitors.

The Blaugrana’s overwhelming 5-1 victory in the reverse fixture best illustrates a massive gulf in class between the two sides, and we expect another routine win for Xavi’s men.