Tottenham Hotspur in talks with Antonio Conte over a new deal 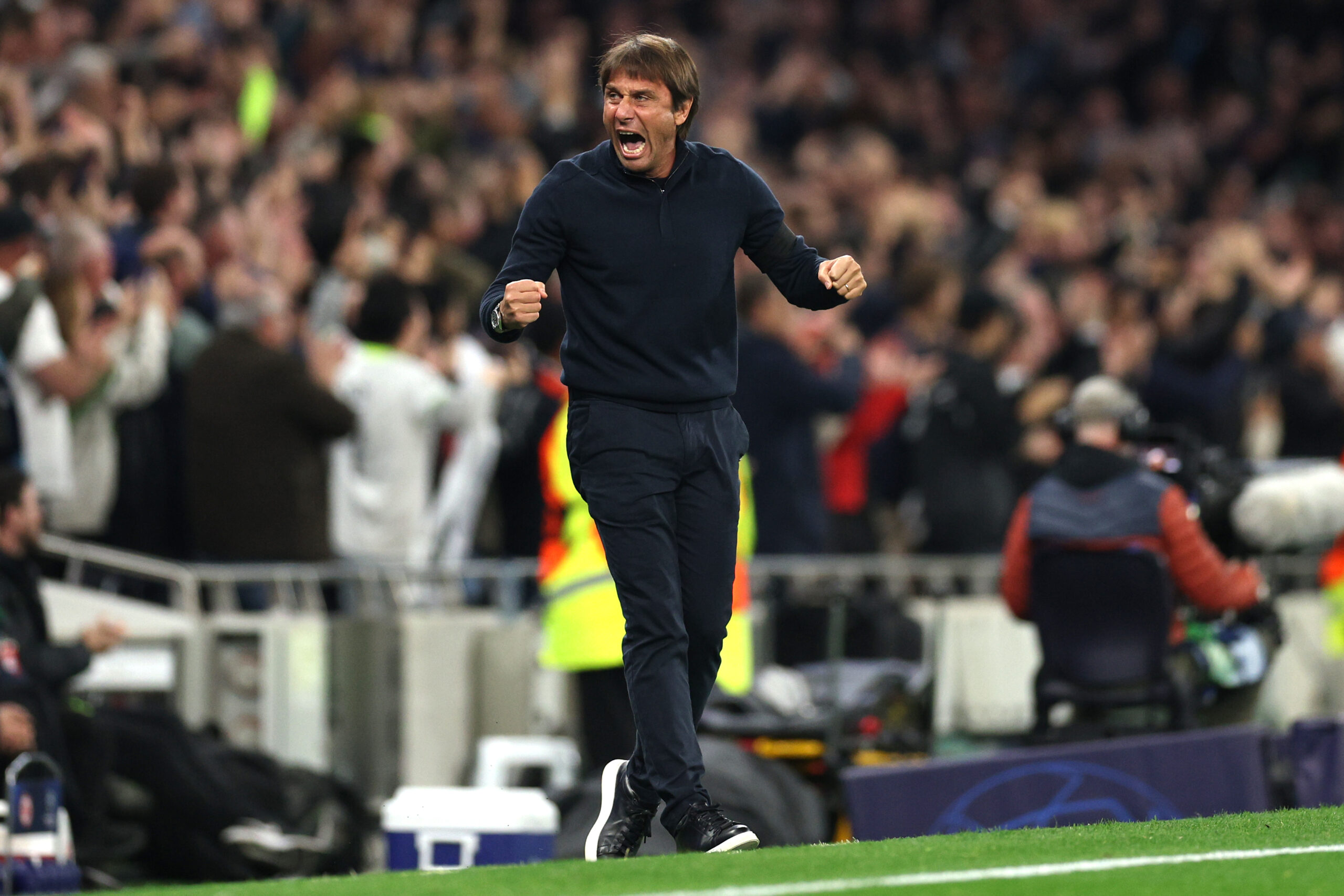 Tottenham Hotspur are currently in negotiations with Antonio Conte over a contract extension, according to The Athletic.

The north Londoners are reportedly confident of reaching an agreement with their manager, whose current deal expires at the end of this campaign, albeit with the option to extend for a further year.

Since he was appointed last November following the dismissal of Nuno Espirito Santo, Conte has won 31 of his 54 games across all competitions and guided his side to a top-four finish in his first six months in charge.

Conte has also started the 2022/23 season on a good note, with Spurs sitting third in the Premier League table, while they also lead their Champions League group heading into the final round of group stage matches.

Speaking ahead of last month’s derby against Arsenal, Conte highlighted the need for patience on the part of his employers as he looks to get the Lilywhites competing for major honours, although he did also admit to enjoying a cordial relationship with the club’s hierarchy.

“I think it will be very important to continue to work in the right way,” the Italian tactician was quoted saying by football.london.

“I know, personally, that we need to have time and a bit of patience to try to build a path to become seriously competitive with City, Liverpool, Chelsea, United I think and Arsenal.

“For me, it’s important to realise this and understand that we need time and patience.

“Then, I repeat, I’m enjoying working with this club and it’s very important to have a good relationship with the owner and Fabio [Paratici] to stay in the same line and vision.”

Tottenham will be hoping to become the first team to be managed by Conte for more than three seasons as they bid to end their 14-year trophy drought since lifting the League Cup back in 2008.

In the meantime, securing safe passage into the next round of Europe’s premier club competition is the immediate target for Spurs when they visit Olympique Marseille on Tuesday.