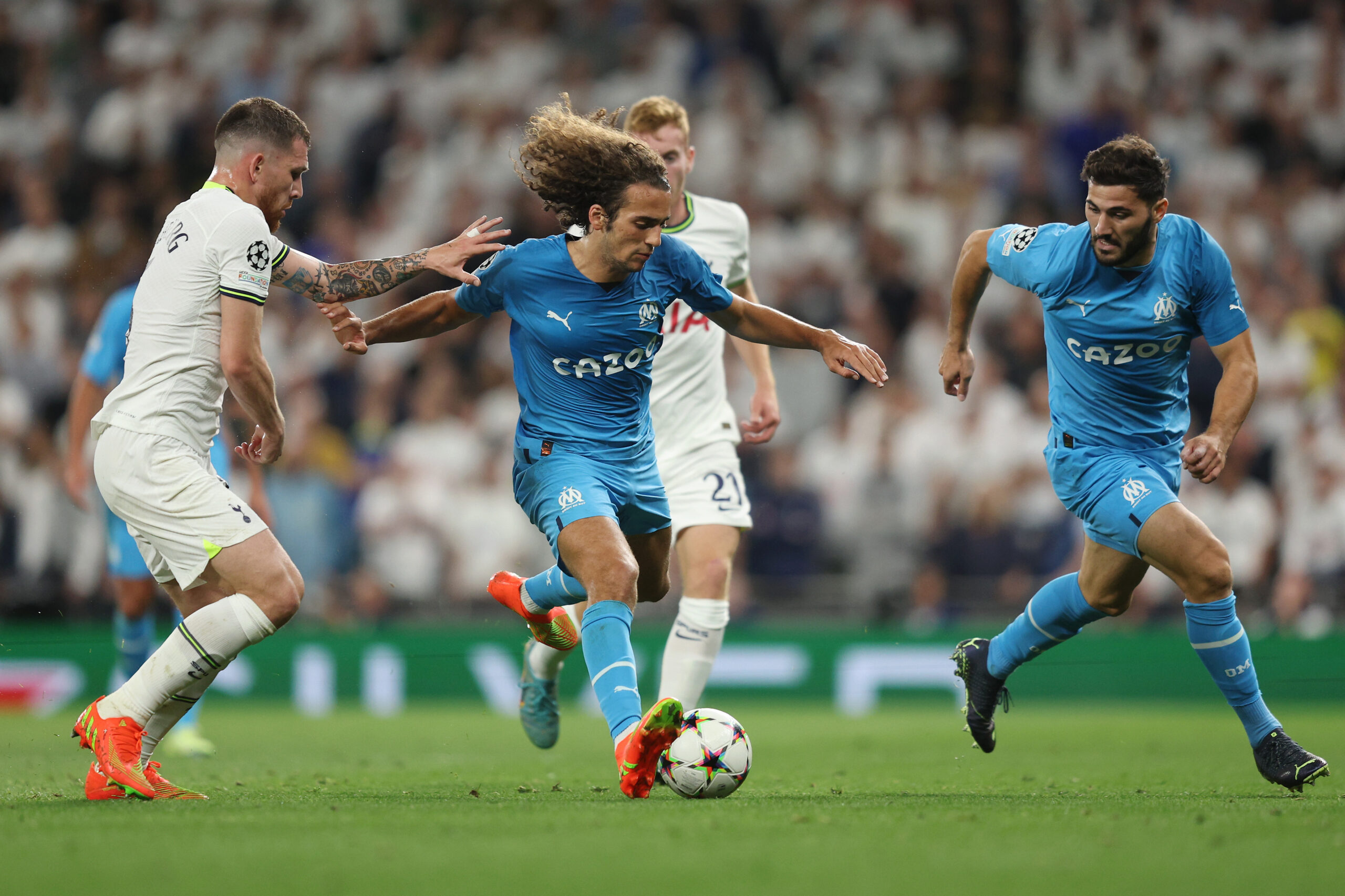 Olympique Marseille and Tottenham Hotspur will trade tackles at the Orange Velodrome on Tuesday, vying for a spot in the Champions League knockout stage.

Spurs are one point clear at the top of Group D, but with just two points separating them from the Ligue 1 giants, there cannot be any room for complacency.

Les Olympiens fell to a 2-1 defeat against Eintracht Frankfurt as goals from Daichi Kamada and Randal Kolo Muani on either side of Matteo Guendouzi’s leveller condemned them to the last spot in the group.

With six points to their name, Marseille could potentially qualify as group winners if they overcome Spurs on Tuesday, but anything less than victory and their hopes of a knockout berth will end.

Tudor saw his side squander a 2-0 lead to draw 2-2 with Strasbourg, with Kevin Gameiro netting an injury-time equaliser, meaning that Les Olympiens head into Tuesday’s pivotal battle having won just one of their last four matches (L3).

They have also conceded in each of their last six home games. With their qualification hopes on the line, they must endeavour to achieve a feat they have not done since 2010 – beat an English team in the Champions League.

Marcus Edwards returned to North London to haunt his former side Tottenham as his first-half goal earned Sporting Lisbon a draw despite Spurs’ best attempts to snatch a win.

Rodrigo Bentancur levelled the scoreline with just ten minutes remaining, and Harry Kane thought he had sent Spurs through with a last-gasp winner, but the goal was ruled out for offside after a three-minute VAR delay.

The emotion of the occasion was too much to take for Spurs boss Antonio Conte, who was then sent to the stands by referee Danny Makkelie for his theatrics on the touchline.

Spurs also left it late at the Vitality Stadium as they overturned a 2-0 half-time deficit to secure all three points, ending their three-game winless run across all competitions.

Conte will serve his suspension for this crunch tie, but his side remains top of Group D, and just one point will guarantee the north London club a place in the last 16.

Marseille will be hoping their winless run against English teams will run out when they host Spurs. They are winless in their last nine games against English sides in the Champions League (D2, L7). Their last victory came in a 1-0 win over Chelsea in December 2010.

Marseille have won two of their last three home matches (L1), including last time out against Sporting. But they haven’t won consecutive home matches in this competition since October-December 2010 against MSK Zilina and Chelsea.

Despite currently sitting bottom of their group, Marseille can still finish top if results go their way. They have only achieved this feat once in ten previous campaigns back in 1992/93 when they lifted the trophy.

Spurs have visited French sides six times in European competition, but they are yet to record a win (D4, L2) and have also won only two of their last eight Champions League matches (D2, L4).

The north Londoners have failed to win any of their last four away matches in the Champions League, and failure to win here will culminate their longest away run without a win in the competition.

Spurs have failed to score in any of their last three away games in the Champions League. The last English side to go on a longer run without a goal away from home in the competition was Manchester United between October 2004 and November 2005 (five games).

Liverpool vs Napoli, alongside all other matches in Europe’s most prestigious club competition this season, is available to watch online via Champions League live streams.

Spurs should have enough to see off the challenge from Marseille.