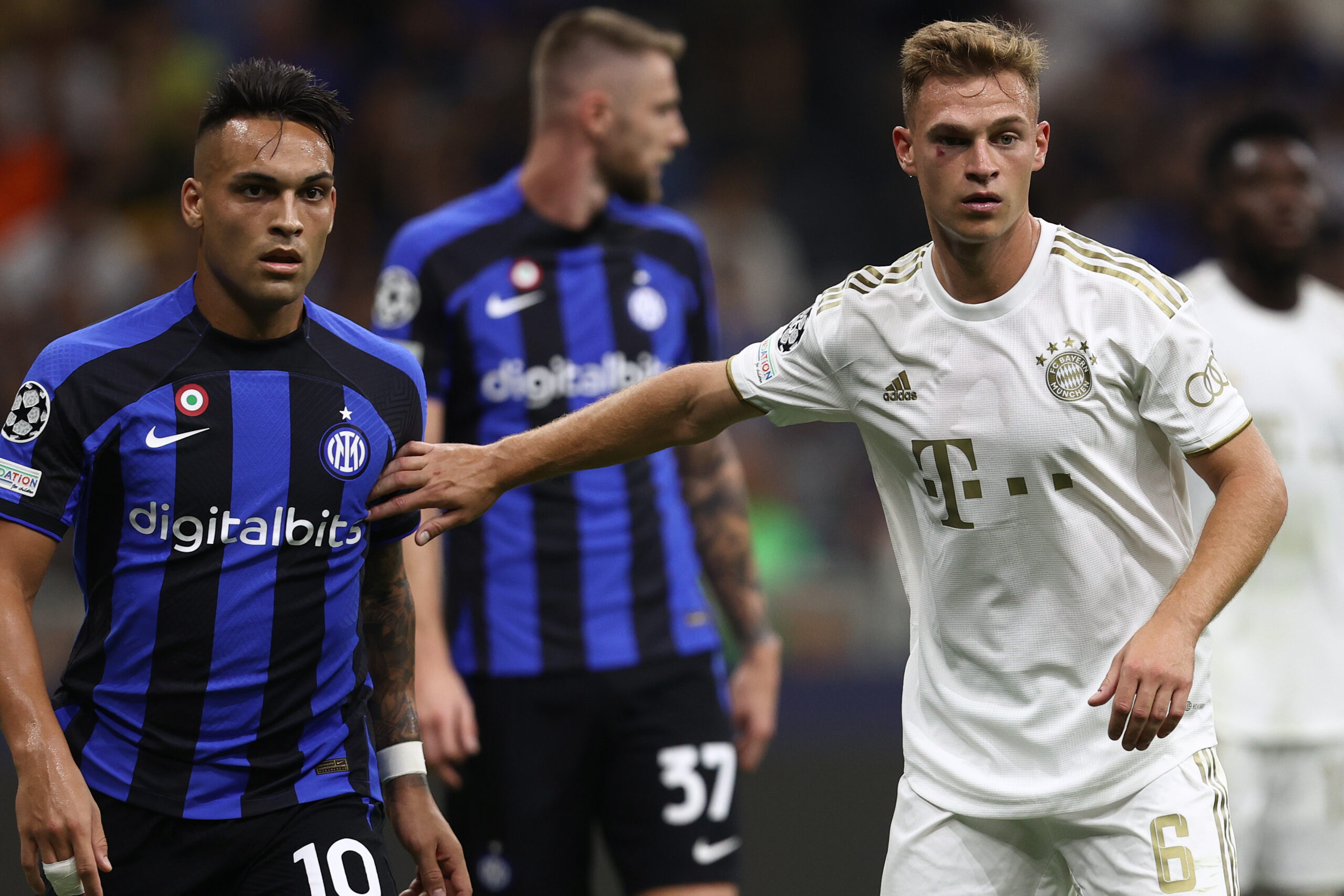 Allianz Arena is the venue as Bayern Munich and Inter Milan go head-to-head in a top-table Champions League Group C showdown on Tuesday.

With all four places in the so-called ‘group of death’ already rubber-stamped, table-topping Bayern will progress into the knock-outs as Group C winners regardless of the outcome.

But even though there may not be anything riding on this fixture in terms of the final ranking, the Bavarians should not lack motivation with a piece of history up for grabs.

After winning all six group matches in the Champions League group stages on two previous instances, the perennial Bundesliga champions could become the first side to do it on three separate occasions.

Julian Nagelsmann’s side hammered domestic high-flyers Mainz 5-2 at home in the run-up to this encounter to take their competitive winning streak to six games.

On the other hand, visiting Inter eased past early Serie A relegation candidates Sampdoria 3-0 at Giuseppe Meazza at the weekend, confirming their noticeable upturn in form.

Last season’s Serie A runners-up have won four successive outings ahead of this road trip, scoring at least three goals on each occasion, including a 4-0 drubbing of Group C minnows Viktoria Plzen last week.

Simone Inzaghi’s side couldn’t have timed their rise to prominence any better as they’ll need to play out of their skins if they’re to avenge a 2-0 defeat in the reverse fixture on matchday one.

Allianz Arena has been a fortress in the Champions League this season, with Bayern trouncing Barcelona and Plzen via an aggregate score of 7-0 in their opening two Group C home games.

So synonymous with high-scoring European fixtures in Bavaria, Nagelsmann’s men have scored in 42 of their last 43 Champions League home matches, averaging 3.2 goals per game.

Despite starting this Champions League journey as third-favourites to make it out to the knock-out phase, Inter have qualified for the round of 16 with a game to spare.

While a landslide 2-0 victory at Plzen on matchday two was no big deal, Inzaghi’s team pulled off a standout performance to hold Barcelona to a 3-3 draw at the Spotify Camp Nou, proving their continental credentials.

Though it’s hard to see them playing down the odds again in Bavaria, the Nerazzurri have fond memories of their recent European matches in Germany, having won four of their last five visits to the country (L1).

Bayern vs Inter, alongside all other matches in Europe’s most prestigious club competition this season, is available to watch online via Champions League live streams.

With Inter having nothing to lose, we expect them to take a more courageous approach than it was the case at Meazza last month when they attempted just two shots on target.

Bayern found their visit to Lombardia a stroll, unleashing as many as 21 shots, including 11 on target, and it’s hard to imagine them changing the attitude at home.

So we back the Germans to reach an unprecedented milestone by capturing all three points, though it’s reasonable to expect Inter to at least trouble the scoresheet.