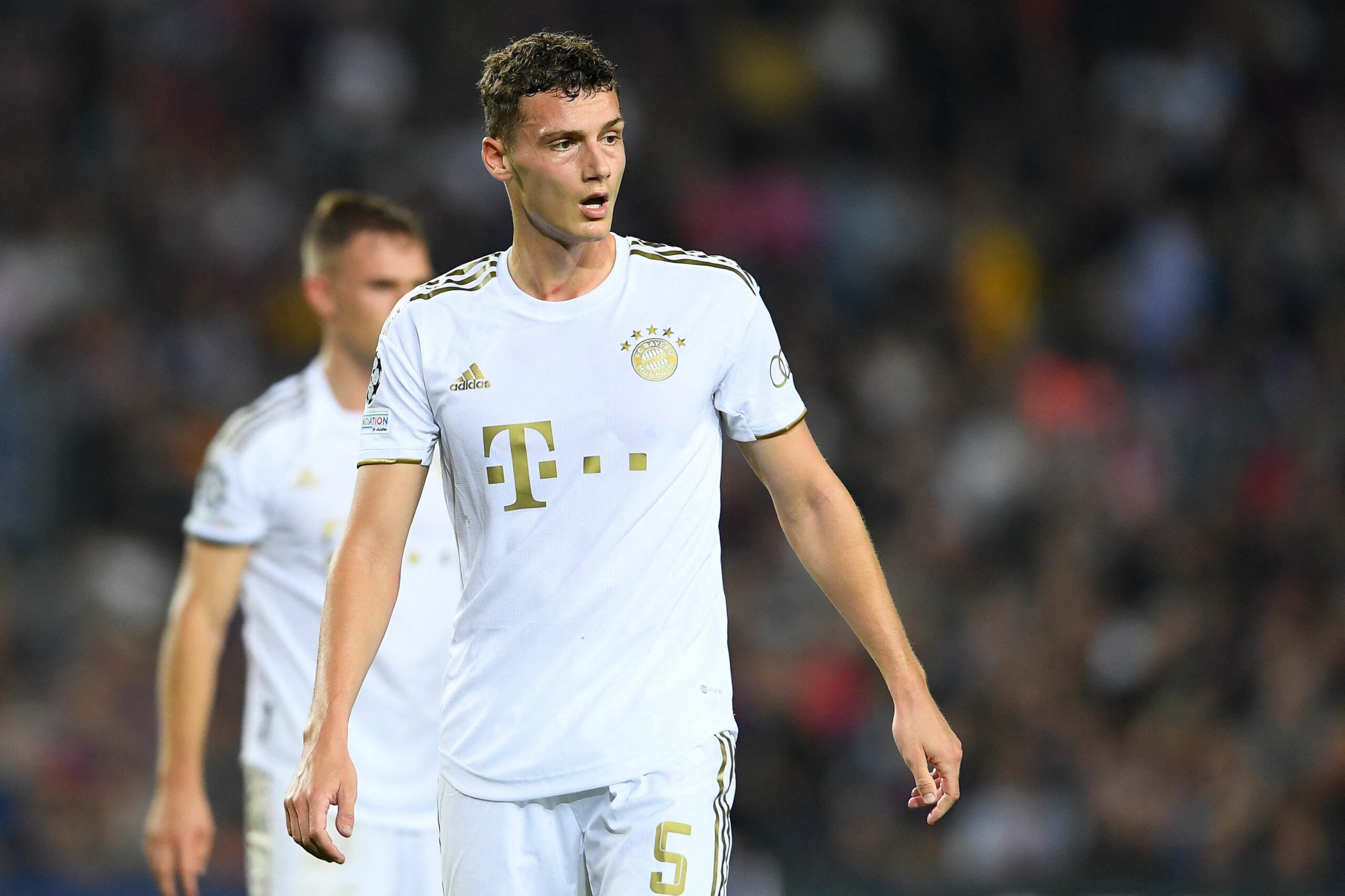 Bayern Munich defender Benjamin Pavard is frustrated due to his reduced role in recent games.

The French defender has been the first-choice right-back for Julian Nagelsmann this season while also filling in at the centre-back role on a few occasions.

However, Pavard was left out of the starting eleven in the last two games against Barcelona and Mainz, with Nagelsmann giving the go-ahead to summer signing Noussair Mazraoui.

The 26-year-old was summoned at half-time during the weekend fixture against Mainz to replace Matthijs de Ligt.

According to a report from Sky Sports Germany, Pavard is unhappy over his reduced role in recent games.

The 2018 World Cup winner also made his feelings clear by storming off the dressing room quickly after the final whistle on Saturday.

He was also the first player to leave Sunday’s training session without informing the coaching staff.

It has also fuelled speculation on his future at Bayern, with his current contract expiring in 2024.

Pavard looked for a way out of the club this summer and may try it again if his situation does not improve.

Bayern have not started talks over an extension, but Nagelsmann considers Pavard a key player for his plans moving forward.

Chelsea and Manchester United are keeping close tabs on the Frenchman’s situation.

Pavard has a huge task to win his place back from Mazraoui, who has been impressive in the last few games.

Despite struggling with minutes at the start, the Moroccan full-back has shown his quality with the limited opportunities.

However, Pavard will likely get more minutes in the coming games due to injuries to Lucas Hernandez and De Ligt.