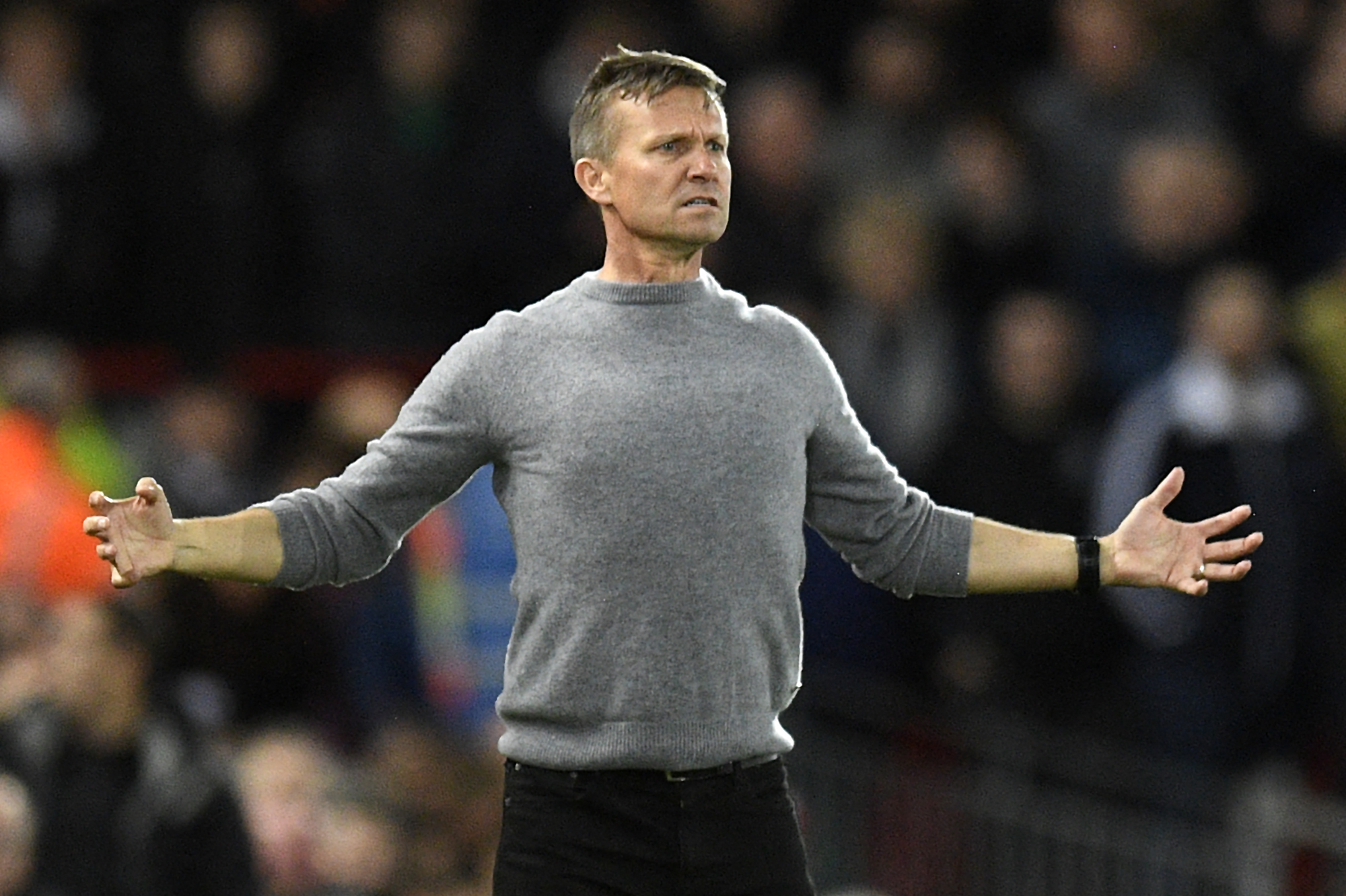 Jesse Marsch lavished praise on his players after Leeds United registered a spectacular 2-1 victory at Liverpool on Saturday.

The Reds fell behind early when a defensive mix-up between Alisson and Joe Gomez allowed Rodrigo to open the scoring in the fourth minute.

The home side threatened to add to the scoreline, but they were denied by the brilliance of goalkeeper Illan Meslier.

And when Leeds got an opportunity in the 89th minute, Crysencio Summerville didn’t make any mistake to fire the winner and send the away support wild.

Marsch was delighted with the performance of his players at Anfield and lavished praise on them for showing ‘real resolve’.

The American boss said (as per BBC Sport): “Last week, against Fulham we were more waiting to lose than pushing to win and I think the best part was you saw a real resolve at 1-1 in this game.

“Meslier needed to make some big saves, but the mentality to stay in the match and see if we could find a way to get three points was really strong.”

Marsch was under tremendous pressure ahead of the match at Anfield. Leeds had been on a dismal run since their 3-0 home victory over Chelsea, losing six of their previous eight league matches.

They were booed off by the home supporters after a 3-2 defeat against Fulham last Sunday.

However, the Yorkshire outfit produced a great response this weekend, coming away with three points from Liverpool.

Meslier produced a masterclass between the sticks while Brenden Aaronson, Tyler Adams and Summerville were also top of their game.

Leeds have now moved out of the relegation zone with the victory and now have 12 points from 12 matches.