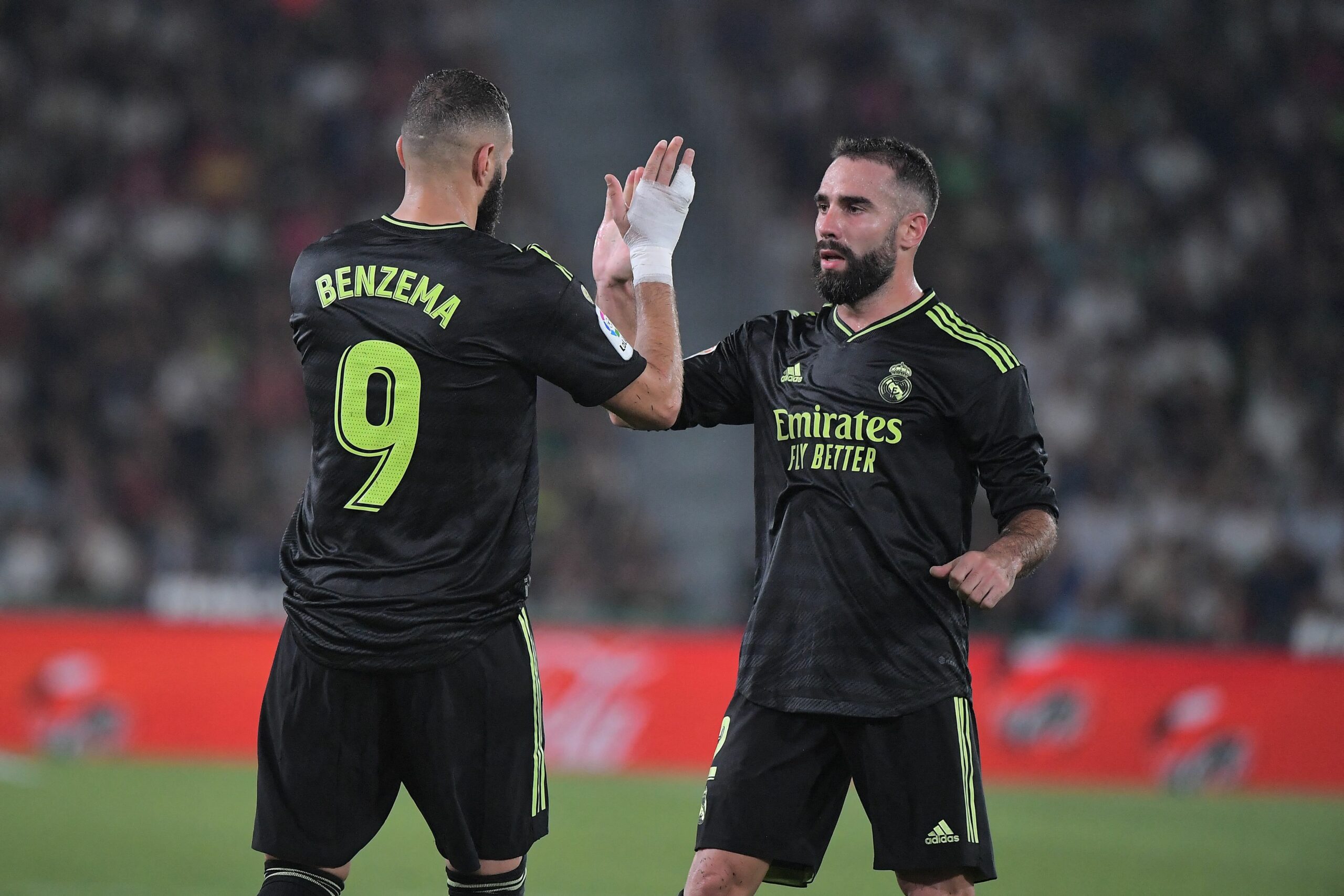 La Liga pacesetters Real Madrid entertain newly-promoted Girona at the Estadio Santiago Bernabeu on Sunday afternoon, aiming to bounce back from their first defeat of the season.

A guaranteed place in the Champions League knock-out stages with two games to spare caught Los Merengues asleep at RB Leipzig on Tuesday as they lost 3-2 at the Red Bull Arena.

Manager Carlo Ancelotti looked unfazed by his side’s first competitive failure for 170 days, stating he’s ‘not annoyed’ about Madrid’s disappointment in Germany, as quoted by Eurosport.

Despite clinging on to the top spot in Group F, the reigning Champions League holders will have to beat Celtic on the final matchday to progress into the knock-outs as group winners.

First things first, Madrid now have to turn their attention back to domestic proceedings, where they boast a three-point lead over second-placed Barcelona following a 3-1 El Clasico triumph a fortnight ago.

La Liga has offered the defending champions plain sailing thus far, with Ancelotti’s side collecting 31 of the 33 available points (W10, D1) to bolster their pursuit of back-to-back titles for the first time since 2008.

Girona’s stuttering start to their first top-flight campaign since 2018/19 suggests they are unlikely to throw a spanner in the works, with the Catalan outfit coming into this round stuck in the drop zone.

Winless in their last six league outings (D2, L4), Michel’s men languish only one point adrift of safety, but the prospects of steering off the relegation territory after this round look bleak.

Before Girona’s stunning 2-1 victory in their most recent La Liga encounter at the Bernabeu, Madrid had won back-to-back competitive H2Hs, scoring 4+ goals on each occasion.

The newly-crowned Ballon d’Or winner has to wait a little longer to return to action, which may dent Madrid’s bid to improve their eye-catching scoring average of 2.54 goals per La Liga game.

Girona’s goal-friendly 3-2 defeat away to fellow promoted rivals Almeria on their most recent league travel left them winless across all five top-flight road trips this season (D1, L4).

As one of only three La Liga sides yet to taste victory on hostile turf in 2022/23, Los Blanquivermells are unlikely to turn their fortunes around in Madrid, where they’ve lost their last three La Liga fixtures.

By contrast, Girona had only lost once on their seven top-flight visits to the Spanish capital beforehand (W3, D3), sparking some hope among travelling supporters.

Real Madrid vs Girona, alongside all other Los Blancos’ fixtures, is available to watch online via live Real Madrid streaming.

Even with Benzema out, Madrid should be steamrolling past a lowly Girona side, especially considering the visitors’ well-documented form woes on the road.

You don’t have to look beyond Madrid’s 3-1 home thumping of Sevilla last weekend to understand they perform like clockwork even without their talismanic leader.