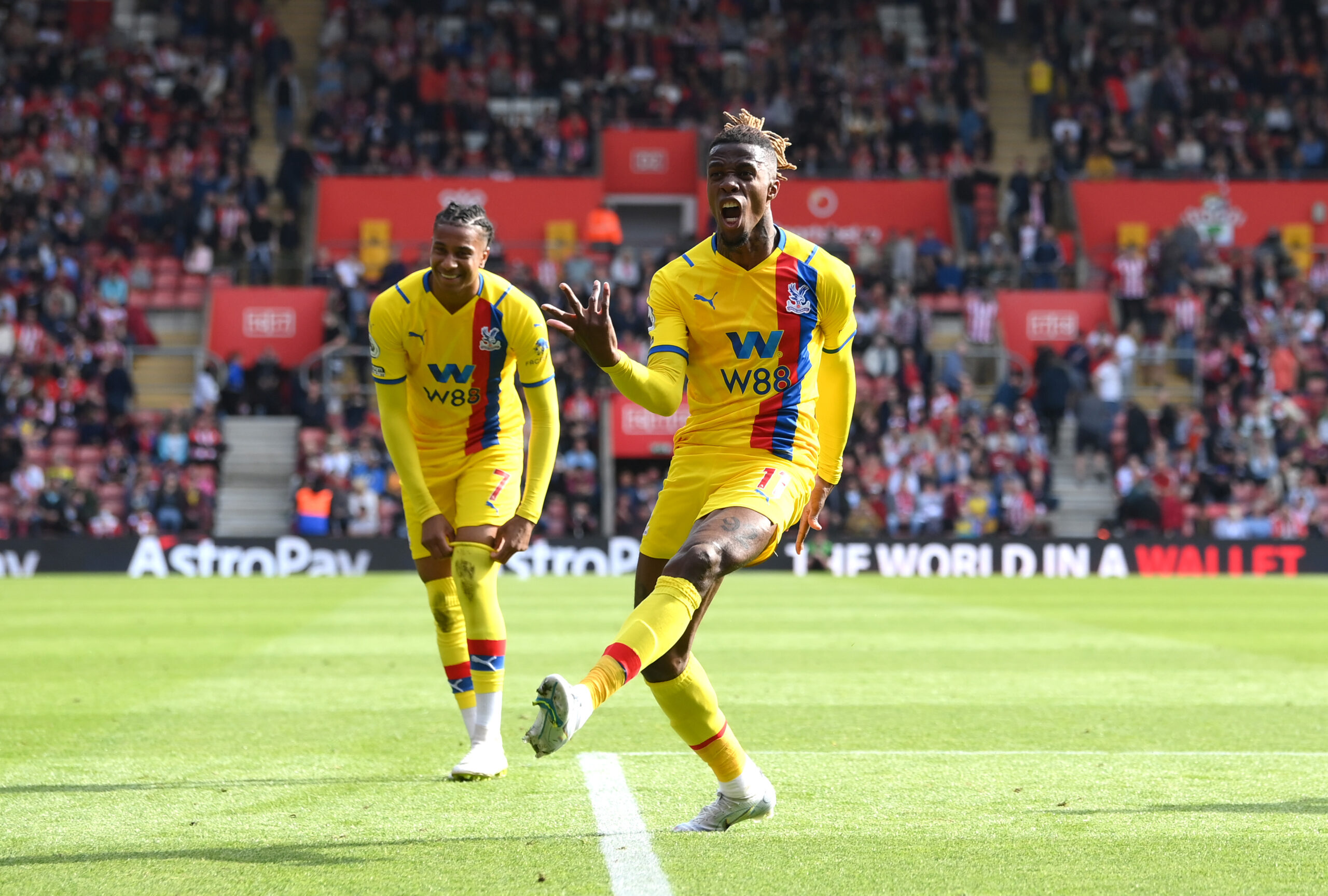 Separated by just a point on the Premier League table, Crystal Palace and Southampton will trade tackles at Selhurst Park on Saturday afternoon.

Palace won just one of their first seven matches but enjoyed a revival in October courtesy of victories over Leeds United and Wolverhampton Wanderers and a draw with Leicester City.

The Eagles were in the top of the table heading into the game at Everton but came down to earth with a bump at Goodison Park.

Goals by Dominic Calvert-Lewin, Anthony Gordon and Dwight McNeil condemned Palace to a 3-0 defeat and left them 13th in the Premier League.

The Eagles are now intent on winning a third consecutive league home game for the first time since May 2018.

This will be Palace’s last home game before the World Cup gets underway in November, so they will be desperate to get another three points on the board.

Palace have won their last two games in front of Selhurst Park’s notoriously noisy supporters, despite conceding the first goal on both occasions.

They ran out 2-1 winners over Southampton in their last meeting in April but have never won successive league games against the Saints.

Another victory on Saturday will move them four points clear of the south coast side and push them back towards the top half of the table.

Since a goalless draw with Fulham nearly two years ago, Southampton have conceded at least twice in each of their last nine trips to London, losing six times (W2, D1) and shipping 24 goals in the process.

Ralph Hasenhuttl’s side have enjoyed an upturn in results of late, with victory at Bournemouth coming between draws against West Ham United and Arsenal, having previously suffered four consecutive losses.

Southampton are in 16th place, just three points above the relegation zone. They face a tough fight to retain their top-flight status, but if their recent performances are anything to go by, they should have enough in the tank to safely navigate the struggle for survival.

They have gained eight points from losing positions in the league this season, including one in last week’s 1-1 draw with the Gunners, when Stuart Armstrong cancelled out Granit Xhaka’s early opener midway through the second half.

It is only one fewer than they gained from losing positions last season. However, their goalscoring prowess on the road may be their undoing at Selhurst Park, as the Saints have netted just four times away from home this term.

Vieira will be keen to ensure his side avoid consecutive losses after their thumping at Goodison Park last time out.

They have only lost consecutive games twice under the tutelage of the Frenchman – a run of three in November/December 2021 and two in a row in April.

Wilfried Zaha has scored in his last two league games against Southampton, having scored in just two of his first 12 against them in the competition.

The hard-fought draw against pace-setters Arsenal will give the Saints a much-needed confidence booster coming into this game as they look to further distance themselves from a relegation scrap.

The Saints have lost just three of their last 13 league visits to Selhurst Park (W6, D4), although they failed to muster a win in their previous two trips to south London (D1, L1).

Southampton are unbeaten in three league games (W1, D2), their longest run since they embarked on a five-match unbeaten spree between January and February last season. They are looking to win consecutive away league games for the first time since June 2020.

Five of Che Adams’ last six Premier League goals for Southampton have come away from home, with the Scottish striker netting 75% of Saints’ away league goals this season.

Crystal Palace vs Southampton, alongside all other fixtures in England’s top flight, is available to watch online via live Premier League streams.

Given Palace’s prowess at Selhurst Park and Southampton’s struggles on the road, a home win seems the likeliest outcome on Saturday.