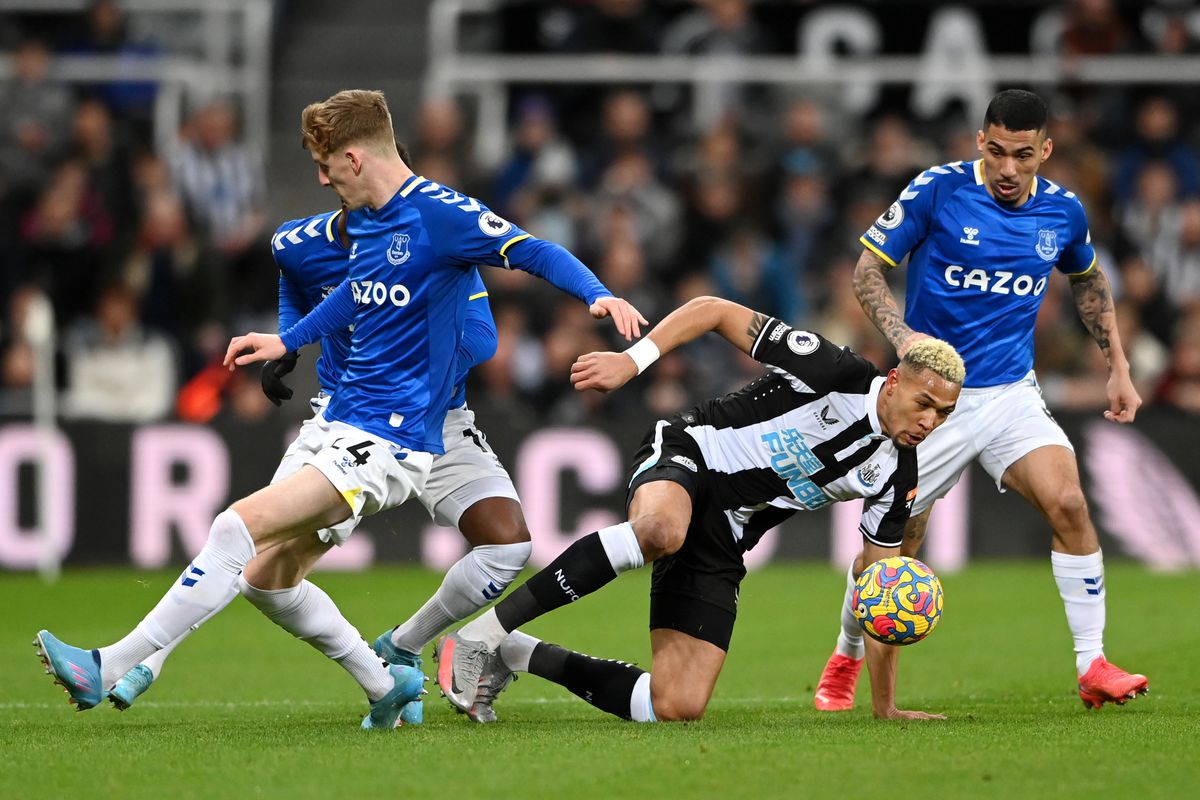 Unai Emery’s second coming to the Premier League will begin with a trip to Tyneside, where his Aston Villa side will take on Newcastle United at St James’ Park on Saturday.

The Magpies extended their unbeaten run to seven games last weekend with a hard-fought 2-1 away victory over Tottenham Hotspur.

Callum Wilson opened the scoring just after the half-hour mark before the in-form Miguel Almiron doubled the lead for Eddie Howe’s side before the break.

Harry Kane pulled one back for Spurs in the second half, but it was not enough as a brave and resilient defending from the Magpies ensured victory in north London.

The three points saw Newcastle overtake Chelsea to move into the top four, although they are level on points with the Blues and have played one more game.

Howe has got his side firing as only Fulham (22) and Leicester City (21) have scored more goals than Newcastle of teams outside of the traditional top six.

However, it is the Magpies’ defensive grit and resilience that have caught the eye this season as they boast the league’s best defence, conceding just ten goals to date.

Fans down in Tyneside will watch on with pride and cheer their team on as they continue to march towards their European dream.

However, Newcastle need to build on their momentum, which means securing a positive result against a side they have beaten just once in their last eight top-flight meetings (D4, L3).

Howe has won four of his five league encounters with Villa, which is his best win ratio against any team he has faced more than once in the competition.

On that basis, the English manager will feel fairly confident about leading his side to victory on Saturday.

Villa recently parted ways with Steven Gerrard, and the impact was instantaneous. They looked like a team reborn as they ran out 4-0 winners over Brentford at Villa Park last time out.

A fast start to the game set the tone for the clash as Aaron Danks’ side were 3-0 up inside the first quarter of an hour thanks to goals from Leon Bailey and Danny Ings’ brace.

Ollie Watkins then sealed Brentford’s fate with a well-taken strike as the Villans returned to winning ways in style.

Unai Emery’s appointment will have lifted the mood in the Villa camp, and the former Arsenal boss will feel he still has a point to prove in the Premier League.

He will want a win to kickstart his Villa career, but his first test will come at the home of the in-form Newcastle, where he will seek vengeance for his side after they fell to a 1-0 defeat in their last visit to Tyneside.

Newcastle will be looking to extend their 13-match unbeaten home run against the Villans (W7, D6). The last time Villa tasted victory in Tyneside was in April 2005, when they ran out 3-0 winners after three Magpies players were red-carded.

They have not scored more than one goal against Villa since their 2-1 triumph in September 2013. The last ten league meetings between both sides have seen just 14 goals scored (Nine for Villa, five for Newcastle).

The Magpies will start the match week in the top four for the first time since April 2012. They have taken 21 points from their first 12 games, marking their best return at this stage of a Premier League campaign since 2011/12 (25 points).

Newcastle are unbeaten and have won more points than any other Premier League side this month (13 – W4, D1). They last earned more points in a single calendar month in the competition back in April 2006 (16).

After their four-goal riot against Brentford, Villa are looking to secure back-to-back league victories for the first time since May.

However, their form against top-four sides leaves a little to be desired as they have lost 11 of their last 12 games (D1) against teams starting the day in the top four.

Villa are winless in their last seven away league games (D2, L5) and have scored the third least goals on the road, with only Nottingham Forest (1) and Wolverhampton Wanderers (2) netting fewer goals on their travels this term (3).

Ings scored twice in Villa’s win over Brentford last time out, ending an eight-game goal drought in the league. He last scored in consecutive appearances in May, which was the last time the Villans won consecutive league games.

Newcastle United vs Aston Villa, alongside all other fixtures in England’s top flight, is available to watch online via live Premier League streams.

Newcastle have been the feel-good story of this season’s Premier League campaign. While Emery will want to kick off his tenure with a win, Newcastle’s grit and resilience should be enough for them to soar past Villa in what should be a closely contested affair.