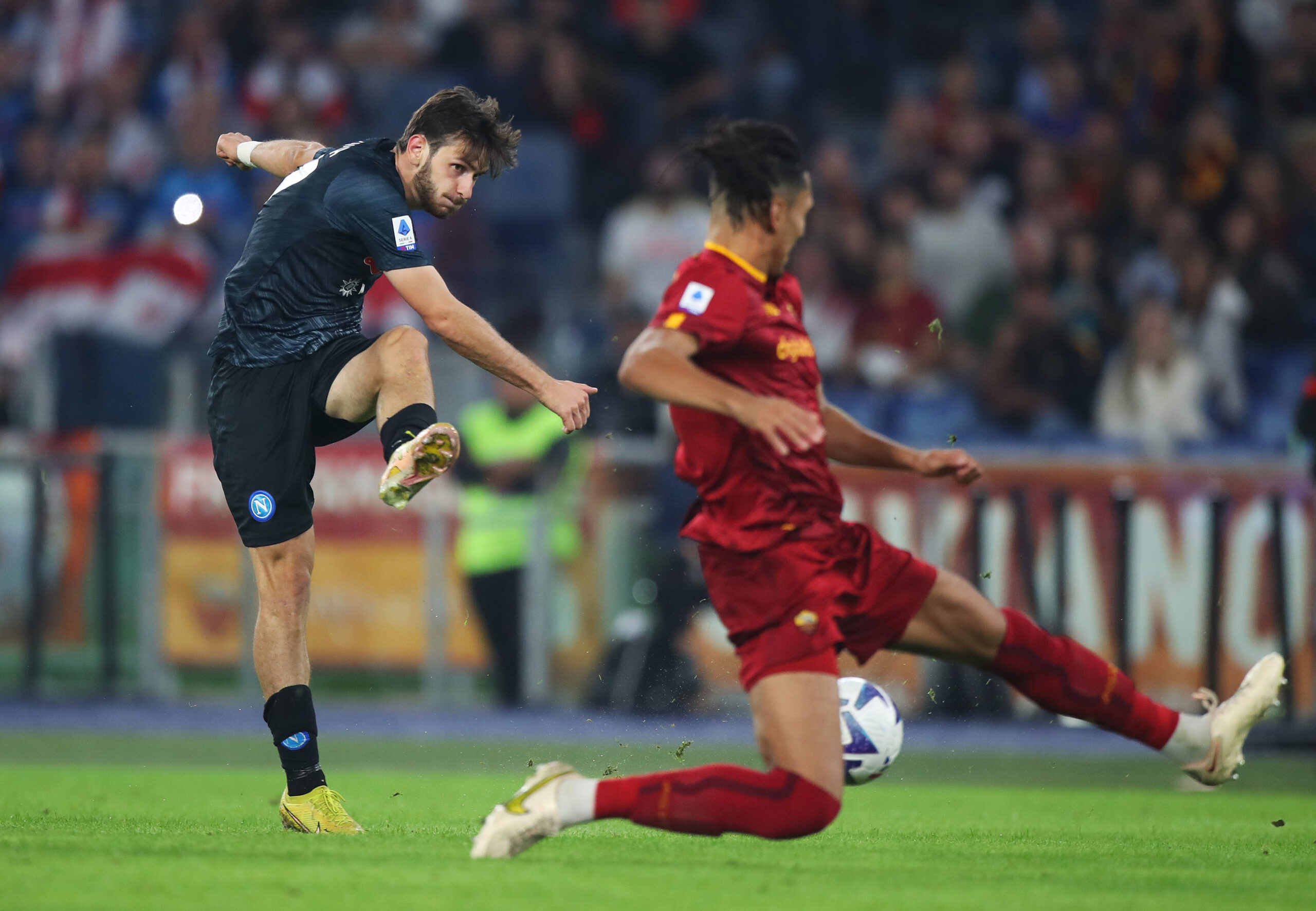 Having arrived from Dinamo Batumi for a deal worth €10 million last summer, the Georgian winger is proving to be a bargain for the Partenopei.

The 21-year-old has been a catalyst for a high-flying Napoli side that has won 14 out of 16 games this season and remain unbeaten.

His impressive performances have reportedly put him on the radar of several European heavyweights, including Chelsea, Manchester City and Real Madrid.

However, Giuntoli has shrugged off the exit rumours, insisting that the Georgian prodigy is not for sale.

“I can tell you that Kvaratskhelia is 100% untouchable. He’s absolutely NOT on the market.”

The Portuguese star has been linked with a move to Diego Maradona Stadium for months, and he is looking for an exit in January.

But Giuntoli has brushed off the rumours and says the Neapolitans aren’t planning any signings in the winter transfer exchange.

“We won’t sign any player in January,” Giuntoli added. “We don’t need to change anything in this team.

“We’re doing great and we’re not planning any signing, as of today.”

Luciano Spalletti’s men secured their fifth consecutive win in the Champions League against Rangers last night, and they also lead Serie A with 29 points, three ahead of AC Milan.