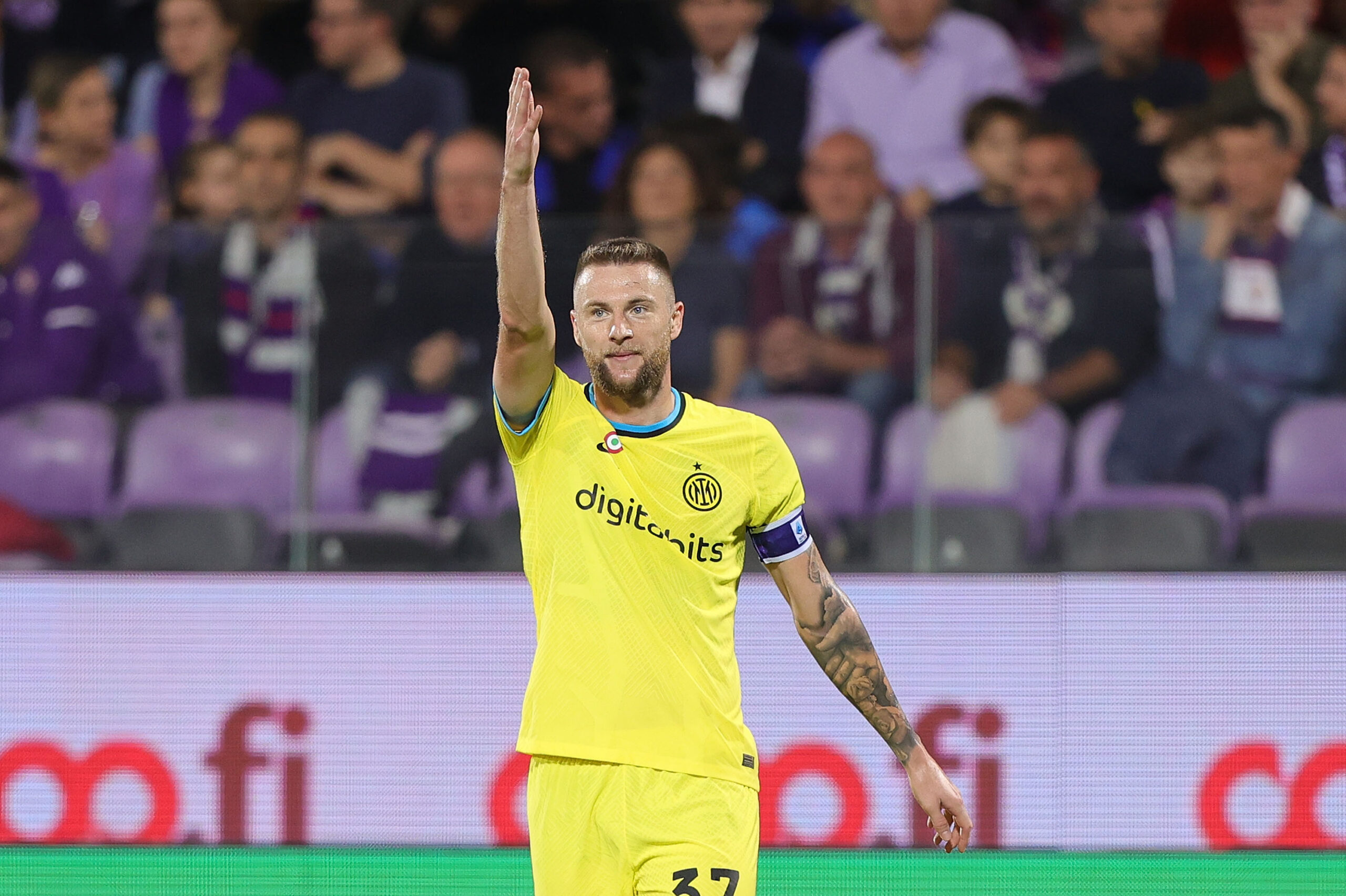 Inter Milan will hold the first round of talks with Milan Skriniar over a contract extension, according to Calciomercato.

Skriniar has established himself as one of the first names on the team sheet, featuring in all 16 of Inter’s matches across all competitions this term with 15 appearances coming right from the off.

The defender’s existing deal is due to expire in June, but his employers are now working towards extending his stay at Stadio Giuseppe Meazza a few months after rejecting a bid from Paris Saint-Germain.

Having claimed an emphatic 4-0 victory over Viktoria Plzen yesterday, Inter are through to the last 16 of the Champions League and now have extra funds to spend.

The Nerazzurri CEO Beppe Marotta recently admitted that the club did not expect to make it through to the knockout phase of Europe’s premier club competition having been drawn in the same group as Bayern Munich and Barcelona.

However, Marotta had always remained optimistic about renewing Skriniar’s deal despite PSG and Real Madrid reportedly still holding an interest in the defender.

“We want to sit down and discuss the contract with Skriniar because he is a great professional and deserves it,” Marotta told Sky Sport Italia (h/t Football Italia).

“We hope he can be a reference point for Inter in the present and the future – naturally, it takes two parties to reach an agreement in negotiations.

“I hope and am optimistic that we can extend his contract soon in what would be an important step for everyone concerned.”

Off the back of successfully navigating a continental assignment, Skriniar and Inter are next in action Saturday when they play host to Sampdoria.

Inter will be looking to move up the Serie A table where Simone Inzaghi’s side are seventh, eight points adrift of leaders Napoli.