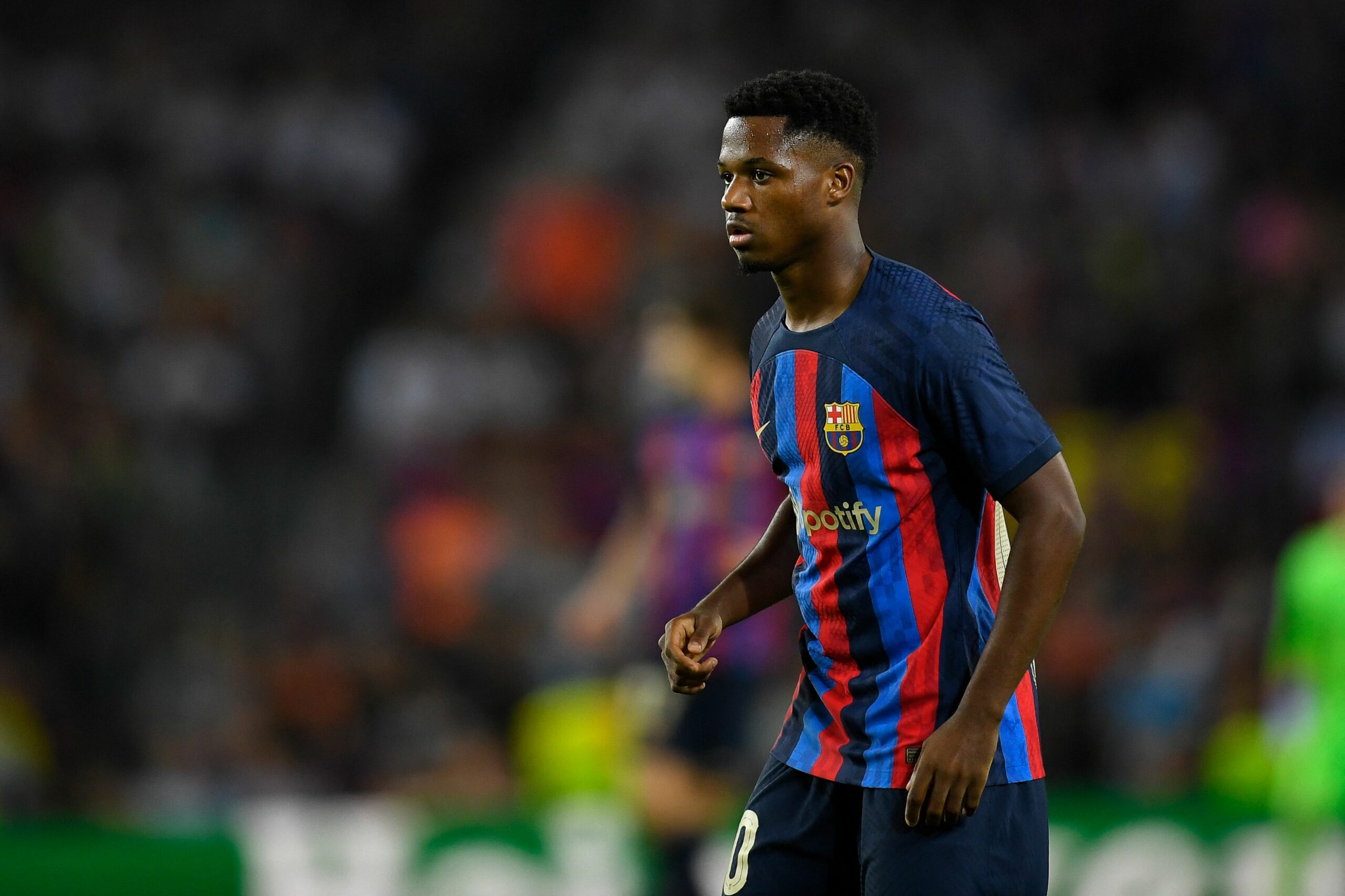 Barcelona star Ansu Fati could consider leaving Camp Nou next summer due to the lack of playing time this season.

Fati was touted to have a career like Lionel Messi after inheriting the No.10 shirt from the Argentinian.

Despite showing plenty of potential, injuries have curtailed his progress.

The Spaniard missed the second half of the last season due to a hamstring injury before returning to the squad this summer.

However, he has found himself down the pecking order this term, with Xavi preferring Robert Lewandowski, Raphinha, Ousmane Dembele and Ferran Torres.

Fati has made 16 appearances in all competitions this season, of which only three were starts.

The 19-year-old has also struggled to replicate the eye-catching form he previously showed, which could be attributed to his injury issues.

A report from Sport suggests that Fati’s agent Jorge Mendes could seek a move away from Camp Nou if his client’s lack of game time persists.

The Catalan giants are relaxed about the situation as they feel Fati is committed to the club, with his contract running until 2027 with a release clause of €1 billion.

The La Masia graduate is undoubtedly a great talent and a future star for Spain, but he needs some momentum going his way at the moment.

With a long season ahead, Fati will hope to be handed more opportunities to shine over the coming months.