Napoli vs Rangers Preview – Prediction, how to watch & potential line-ups 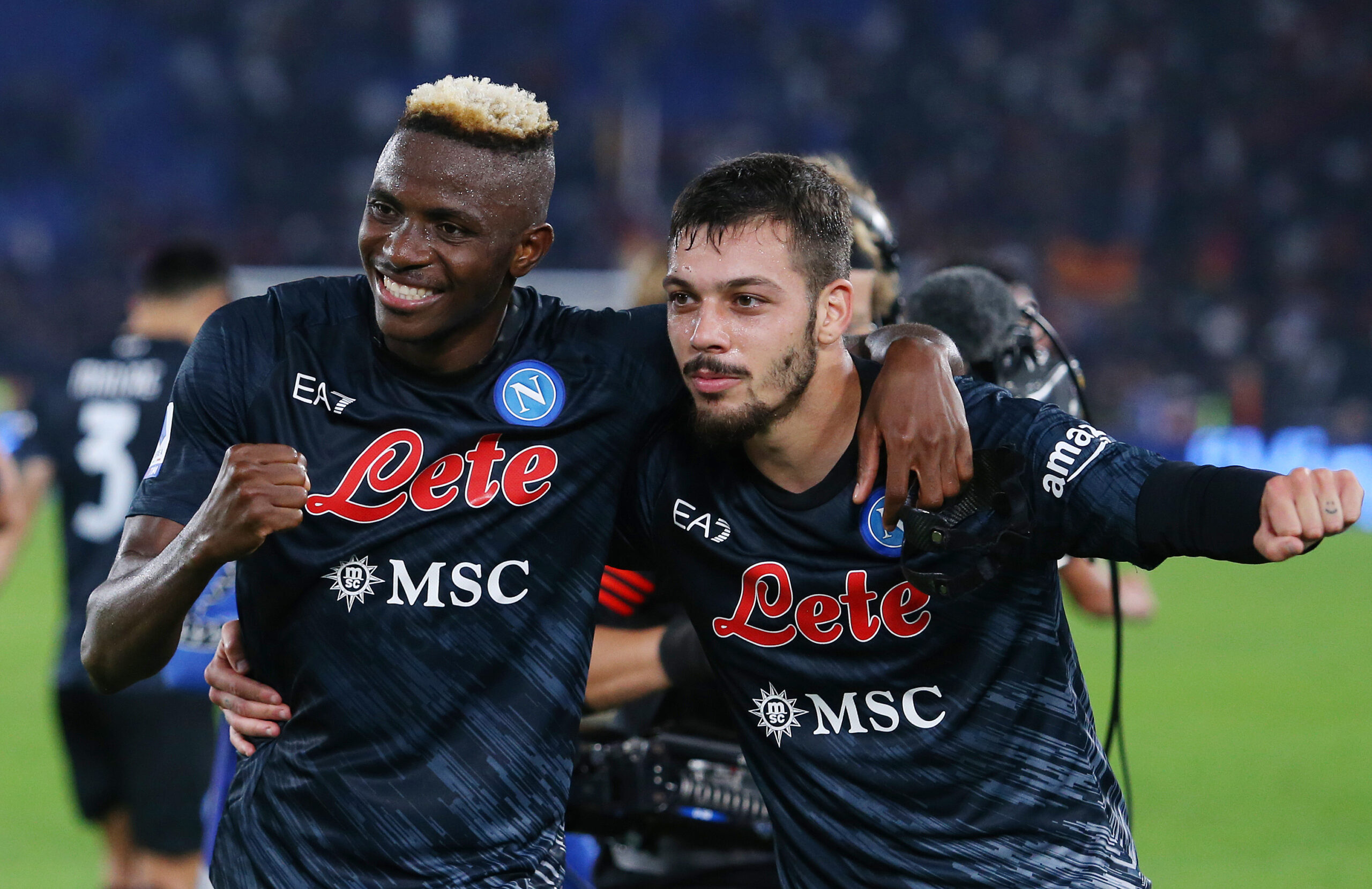 It’s been a stellar Group A campaign for the Partenopei thus far. They have won all four European outings this season, including a 3-0 demolition of the Gers in the reverse fixture.

Napoli’s 100% win ratio in the Champions League, coupled with an insane +13 goal difference featuring 17 goals scored, has qualified them to the knock-out stages with two games to spare.

Victor Osimhen’s late winner in a keenly-contested 1-0 victory against fierce Serie A rivals Roma at the weekend saw Luciano Spalletti’s side reach a historic milestone.

Indeed, Napoli have won 11 competitive matches on the spin for only the second time in the club’s history, and another success here would help them set an unprecedented feat.

Based on Rangers’ thoroughly underwhelming Champions League season, the Italians could be in for another walk in the park, with Giovanni van Bronckhorst’s team entering this matchday pointless.

Despite breaking a three-game scoring drought in Group A last time out, the Scottish Premiership title contenders found themselves on the wrong side of a 7-1 scoreline against Liverpool at Ibrox Stadium.

Things are not going well for the Glasgow heavyweights in domestic action either, with Rangers clawing back from a 1-0 deficit to eke out a 1-1 draw at sub-par Livingston last weekend.

Arch-rivals Celtic already boast a four-point cushion at the top of the Scottish Premiership, so securing a positive result in southern Italy could be a confidence boost the Gers desperately need.

Except for a surprising 1-1 home draw with Serie A newcomers Lecce in late August, Napoli have won their six remaining home games in 2022/23, including the last five on the bounce.

Too hot to handle in the attacking third, Spalletti’s high-flyers have bagged at least three goals in four of those five victories, suggesting Rangers’ porous backline could be in a world of pain come Wednesday.

If that’s not enough to inspire Napoli’s bid to continue their stellar Champions League form, the Partenopei have only lost two of their 15 previous European home matches against British visitors (W11, D2).

In stark contrast to Napoli’s eye-catching home record against UK clubs, Rangers have been victorious on just one of their 12 European trips to meet Italian hosts (D2, L9).

There’s not much van Bronckhorst can hope for in Naples, especially considering his men have set an unwanted Champions League record this term by conceding 16 goals in the first four group stage rounds.

Rangers could still hand their hopes of shifting to the Europa League play-offs a lifeline, at least in theory. But they need to better Ajax’s result against Liverpool and then defeat the Dutch team on matchday six.

Napoli vs Rangers, alongside all other matches in Europe’s most prestigious club competition this season, is available to watch online via Champions League live streams.

It takes no rocket science to understand Napoli are miles ahead of Rangers and we expect the Italians to prove that on the field.