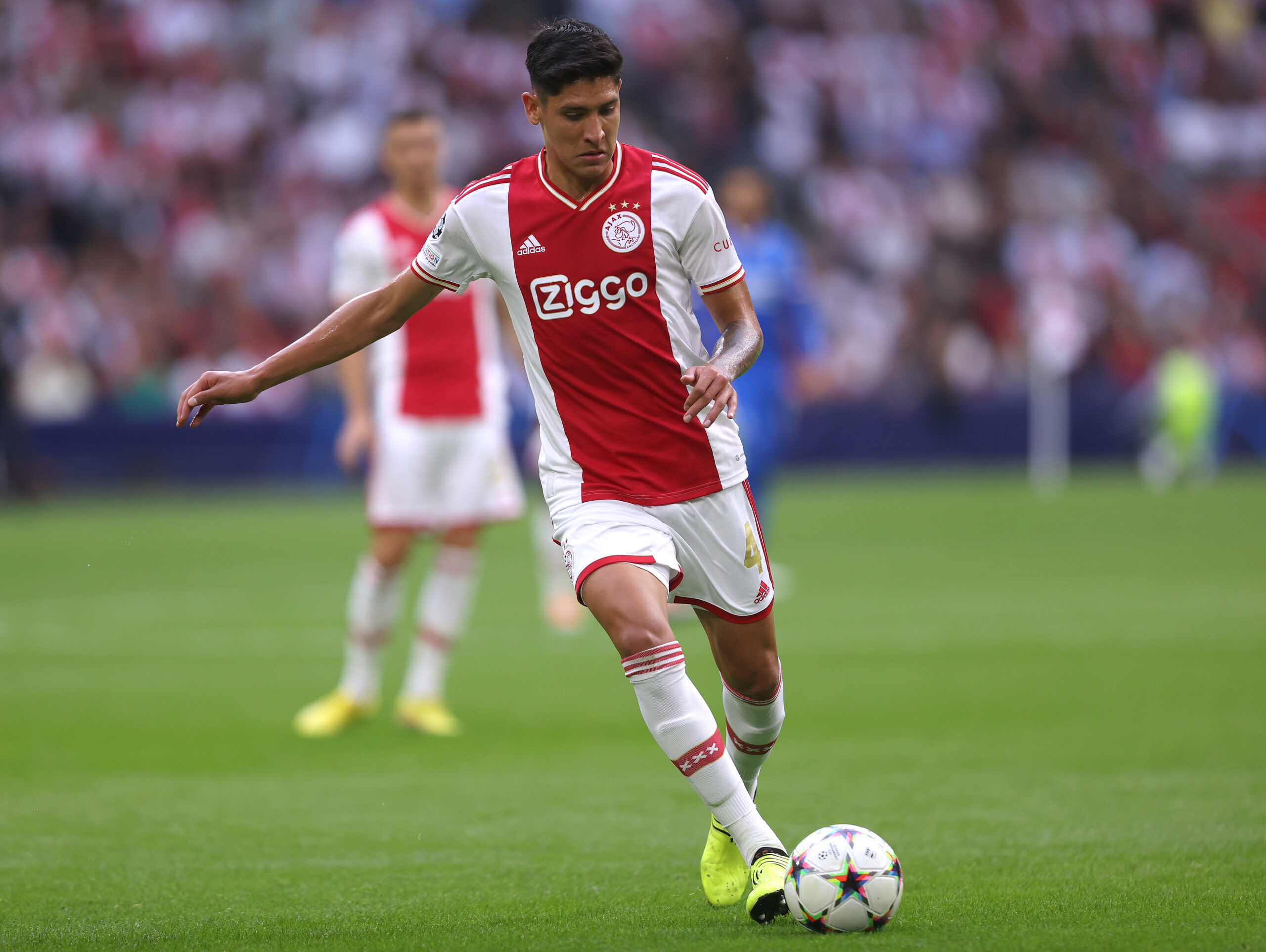 Barcelona are keeping tabs on Ajax midfielder Edson Alvarez ahead of a potential move in January, according to Sport.

The Catalans are looking to sign a replacement for Sergio Busquets in the January transfer window.

The Blaugrana skipper is in the final year of his contract, and there is an evident decline in his performances this season.

Barca have shortlisted a handful of names for the holding midfield role, with Alvarez being the latest.

The Mexican international has developed well at Ajax, establishing himself as one of the best young midfielders in Europe.

The 25-year-old was the subject of interest from Chelsea this summer, with Blues’ submitting a bid worth €50 million.

Alvarez also tried to force an exit by skipping the training sessions – as his former teammate Antony did – but to no avail, as the Eredivisie giants were reluctant to sell him.

The Blues are still interested in Alvarez, but they are now joined by Barca in the race.

The Catalan giants have scouted the Mexican midfielder during this season’s Champions League group stage games.

The Portuguese international has been reportedly offered to Barca by his agent Jorge Mendes, who has close ties with the club.

Neves also recently revealed that it would be a dream for him to represent the Blaugrana.

Alternatively, Xavi can rely on Frenkie de Jong without scouring the market.

The Dutch midfielder’s importance has grown in recent weeks after impressive displays against Inter Milan, Villarreal and Athletic Bilbao.