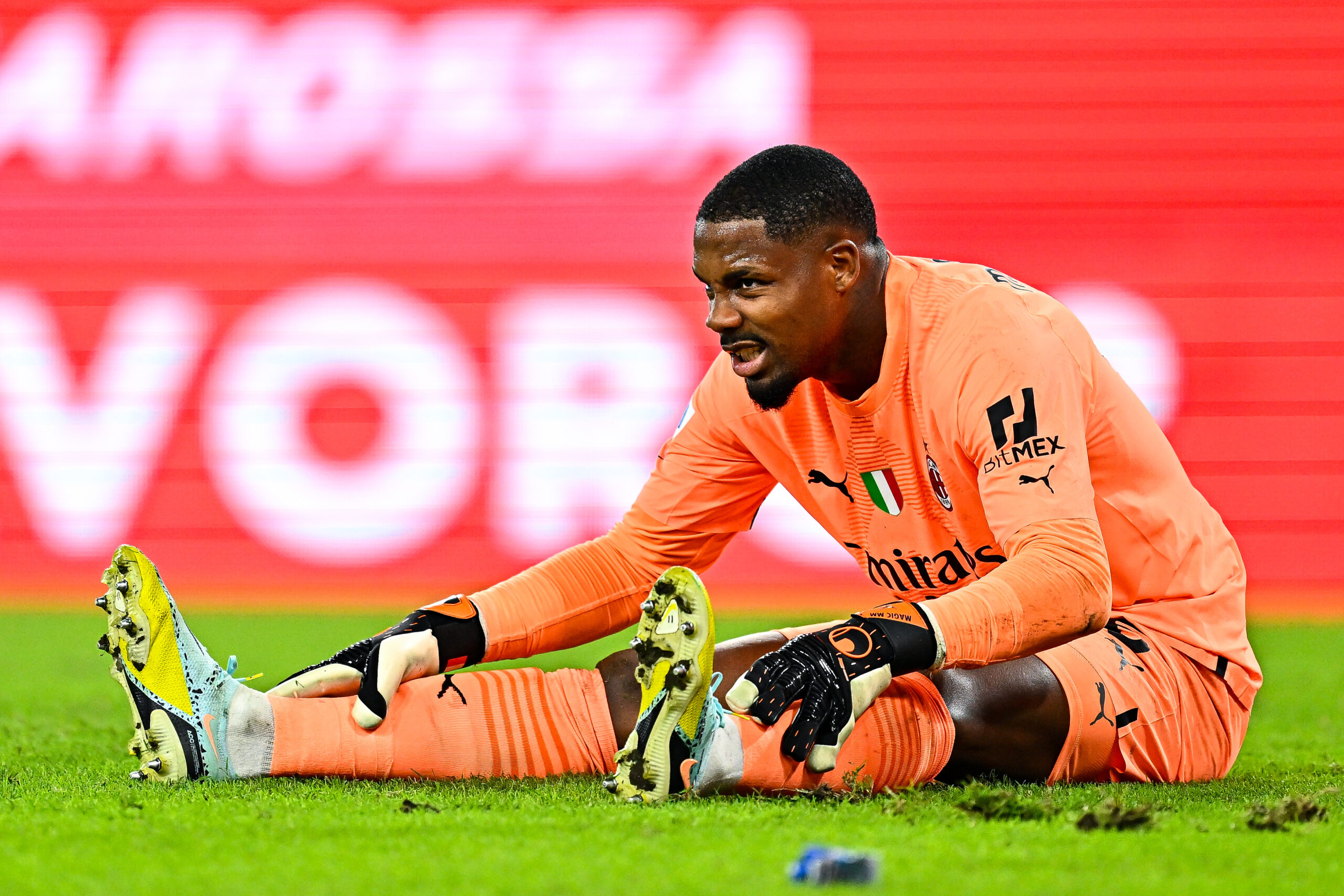 AC Milan and France goalkeeper Mike Maignan still believes he can be fit enough to play in the World Cup, according to L’Equipe.

The 27-year-old shot-stopper first suffered a calf injury in Les Bleus’ 2-0 victory over Austria last month and has been in recovery for the better part of a month.

He was set to return to action when Milan took on AC Monza last weekend, but he suffered a relapse after sustaining another injury to the soleus muscle of his left leg, which could keep him out until 2023.

His chances for next month’s World Cup in Qatar look slim with the latest setback, but the former Lille man is now in a race for fitness to ensure he features in the showpiece event.

L’Équipe reports that Maignan has decided to undergo his treatment at Clairefontaine, the French national football centre.

He is expected to arrive today to give himself the best chance of recovering before Didier Deschamps announces his World Cup squad in three weeks.

Maignan has established himself as one of the top goalkeepers in Europe due to his success at club level in recent years.

He helped Lille win the Ligue 1 title in the 2020/21 season and followed up by clinching the Scudetto with the Rossoneri last season.

However, his recent injury struggles have come at a crucial time with Milan on the verge of being knocked out of the Champions League group stages.

Stefano Pioli’s men are in last place in Group E behind Chelsea, RB Salzburg and Dinamo Zagreb, having won only one out of four games.

They travel to Zagreb on Tuesday night, and anything but a victory against the Croatian champions will put a dent in their hopes of progressing to the knockout rounds.

Ciprian Tatarusanu will continue in goal for Milan in Maignan’s absence. The 36-year-old has conceded seven goals in five games and kept one clean sheet.