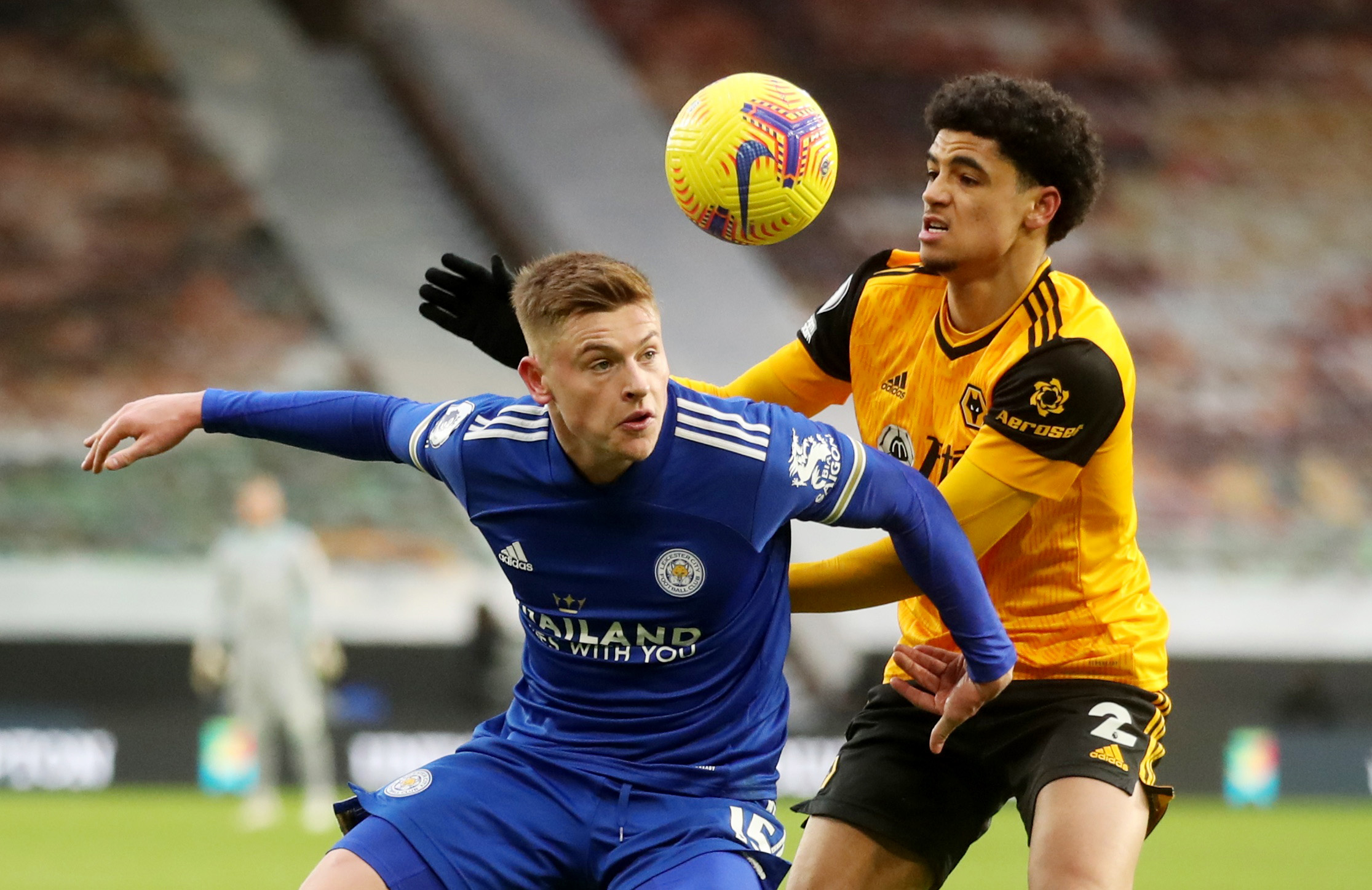 The battle of the relegation-threatened strugglers will pit Wolverhampton Wanderers against Leicester City at Molineux on Sunday.

With just one point separating both sides, a win for either will catapult them out of the relegation zone, so the importance of maximum points here cannot be overestimated.

Despite opening the scoring against Crystal Palace through an Adama Traore header, Wolves failed to see out their lead as second-half goals from Eberechi Eze and Wilfried Zaha turned things around – much to the disappointment of Steve Davis, who will remain head coach until 2023.

Wolves are 18th in the Premier League after taking just nine points from 11 games (W2, D3, L6), and are one point above this weekend’s visitors but level with Aston Villa and Leeds United above them.

A huge contributing factor to their awful form this season is their equally, if not more appalling, scoring record, as they have netted just five goals. However, they have kept a tight ship at the back, conceding 14 goals.

Wolves parted ways with Bruno Lage over poor results, but not much has changed in that regard since the departure of the Portuguese tactician, as Davis has overseen just one win in five games, losing the other four.

They will get a chance to improve on those stats against fellow strugglers Leicester, who are the only team in the league yet to pick up points on their travels.

The Foxes have conceded more than twice as many goals (19) as they have scored on the road this season (8), which points to why they have lost every game away from home so far, conceding four at Arsenal, five at Brighton & Hove Albion, and six at Tottenham Hotspur.

Brendan Rodgers continues to walk the tightrope at the King Power Stadium, but they have managed to avoid defeat in successive league games for the first time this season.

They were held to a goalless draw by a resilient Palace side after failing to take their chances but improved against Leeds United as they put two past Jesse Marsch’s side on Thursday night.

Leicester cannot be faulted for their attacking output as they have scored more goals than any other side in the bottom half of the table (17), but their defensive displays have proven to be the architect of their current standing.

However, facing the side with the fewest goals scored in the season after keeping consecutive clean sheets bodes well for their chances of escaping the drop zone this weekend.

But if omens are anything to go by, Wolves should be confident of securing maximum points as the away team has never won in any of the ten Premier League meetings between them and Leicester (D4, L6).

Wolves could draw inspiration for a win from their home unbeaten run against the Foxes as they are unbeaten in all five of gue meetings with Leicester at Molineux (W3, D2).

They have also won two of their last three league games at home (L1) and are looking for consecutive league wins at Molineux for the first time since last season.

Wolves are the only side yet to score more than one goal in a league match this season. Stretching back to last season, they have failed to find the net more than once in each of their last 14 league games.

The Foxes were on the wrong end of a 2-1 scoreline in their last league meeting with Wolves and will be desperate to avoid consecutive losses against them, which last happened in August 1992 when both sides were in the second tier.

Leicester will also be looking to end their disastrous run of five away games without a win this season. The last time they lost their first six of the season was in 1957/58.

Two shut-outs in their last two matches this week suggest the Foxes have found some stability at the back, but just one clean sheet in their last 31 away Premier League games is a big worry.

Wolverhampton Wanderers vs Leicester City, alongside all other fixtures in England’s top flight, is available to watch online via live Premier League streams.

There have been just five goals scored in the last six meetings between these sides, so there is not much to expect a flurry of goals.

Wolves have struggled to score, but they have been solid at the back. However, with Leicester showing signs of improvement, we expect the Foxes to outwit Wolves and grab a much-needed win.