‘You have to put the game to bed!’ – Jurgen Klopp reacts to Liverpool’s deflating defeat to Nottingham Forest 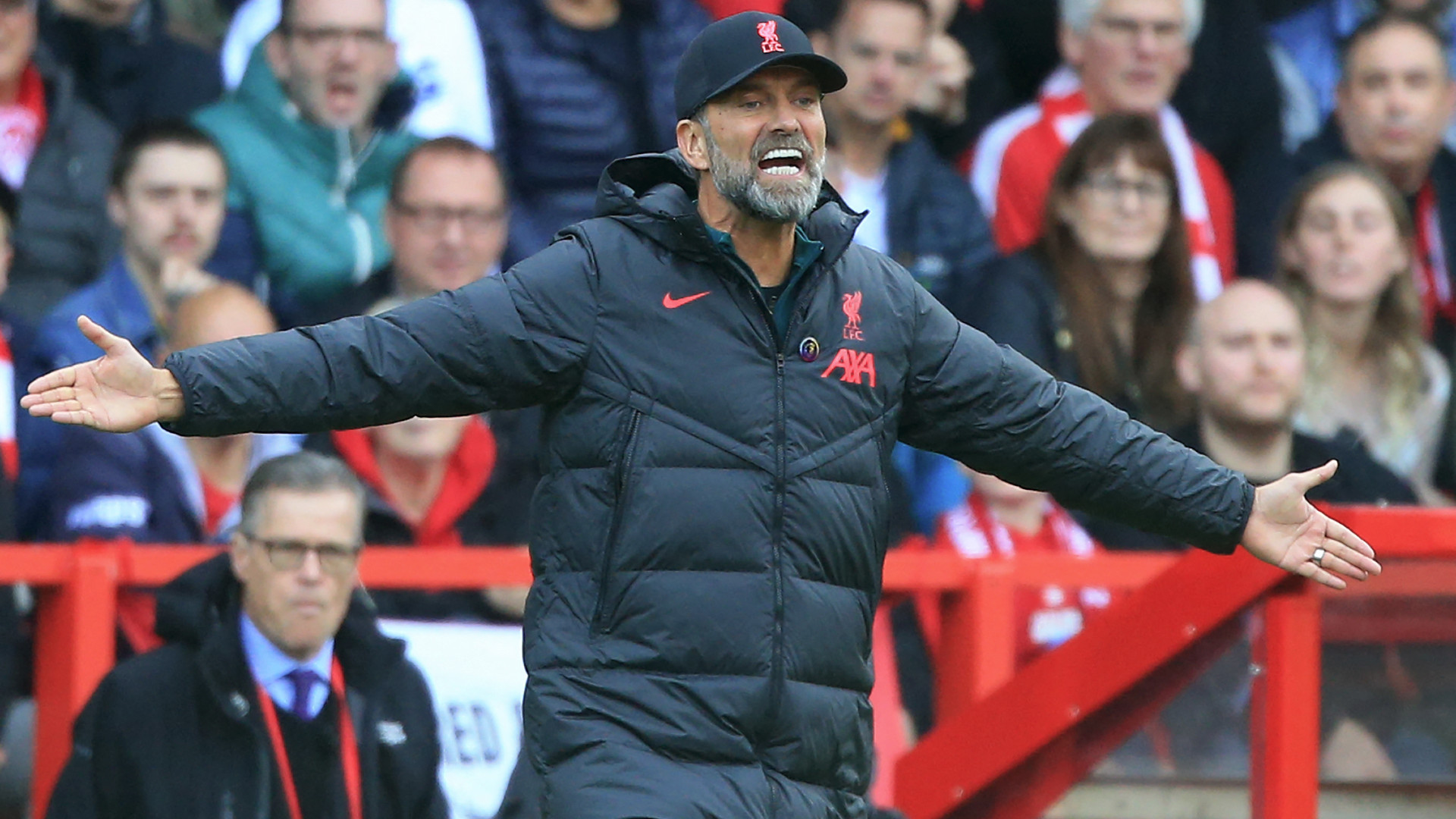 Liverpool manager Jurgen Klopp has reacted to his side’s demoralising 1-0 defeat to Nottingham Forest at the City Ground on Saturday.

Klopp’s men failed to build on their victories over Manchester City and West Ham United after a disappointing performance in the Midlands.

Taiwo Awoniyi scored the winning goal for Steve Cooper’s side, whose victory has seen them move off the bottom of the table, at least temporarily.

Speaking to BT Sports after the game, Klopp rued his side’s missed chances in the shocking defeat after the Reds failed to find the back of the net with any of the four big chances they created.

“The performance I can kind of explain, the result not to be honest, because I never saw a game where one team has four or five no-brainers from a set piece where we have to finish it off,” he said.

“The way they defend, we were perfectly prepared for that – we always had free players. Virgil (van Dijk) two or three times, (Roberto) Firmino, they have to put the game to bed 100%.

“To be honest, the goal we lost was a big mistake by us. Apart from that, all the chances they had we gave them. It’s a game you have to win by purely doing the right stuff again and again and again, and we didn’t, and that’s why we lost the game.”

Klopp had refused to rule his side out of the title race in his press conference ahead of the Forest game, having reduced the gap to fourth-placed Chelsea to four points following successive league victories.

He said (via the Guardian): “We have no influence on that [the title race]. We don’t play City or Arsenal now – we play all the others, if I am right. We have to win every game. Honestly, we’ve never had a different aim.

“Our aim is to win as many games as somehow possible. If that brings us closer to fight for whatever, then great. At the moment we realise that we are close enough, then we will go for it, but what that is I have no idea.”

However, the costly defeat in the Midlands has left Liverpool 11 points behind league leaders Arsenal, which could be extended to 14 if the Gunners beat Southampton on Sunday.

Their chances of winning the league from that far back are remote.

Liverpool have lost three of their 11 Premier League games this season, one more than in the whole of the last campaign.

It is not a position that Liverpool were expected to occupy at this stage of the season, especially after their title charge last term.

However, they will have to recover quickly and prepare for their trip to Amsterdam, where they will face Ajax on Wednesday with a place in the Champions League knockout stage on the line.