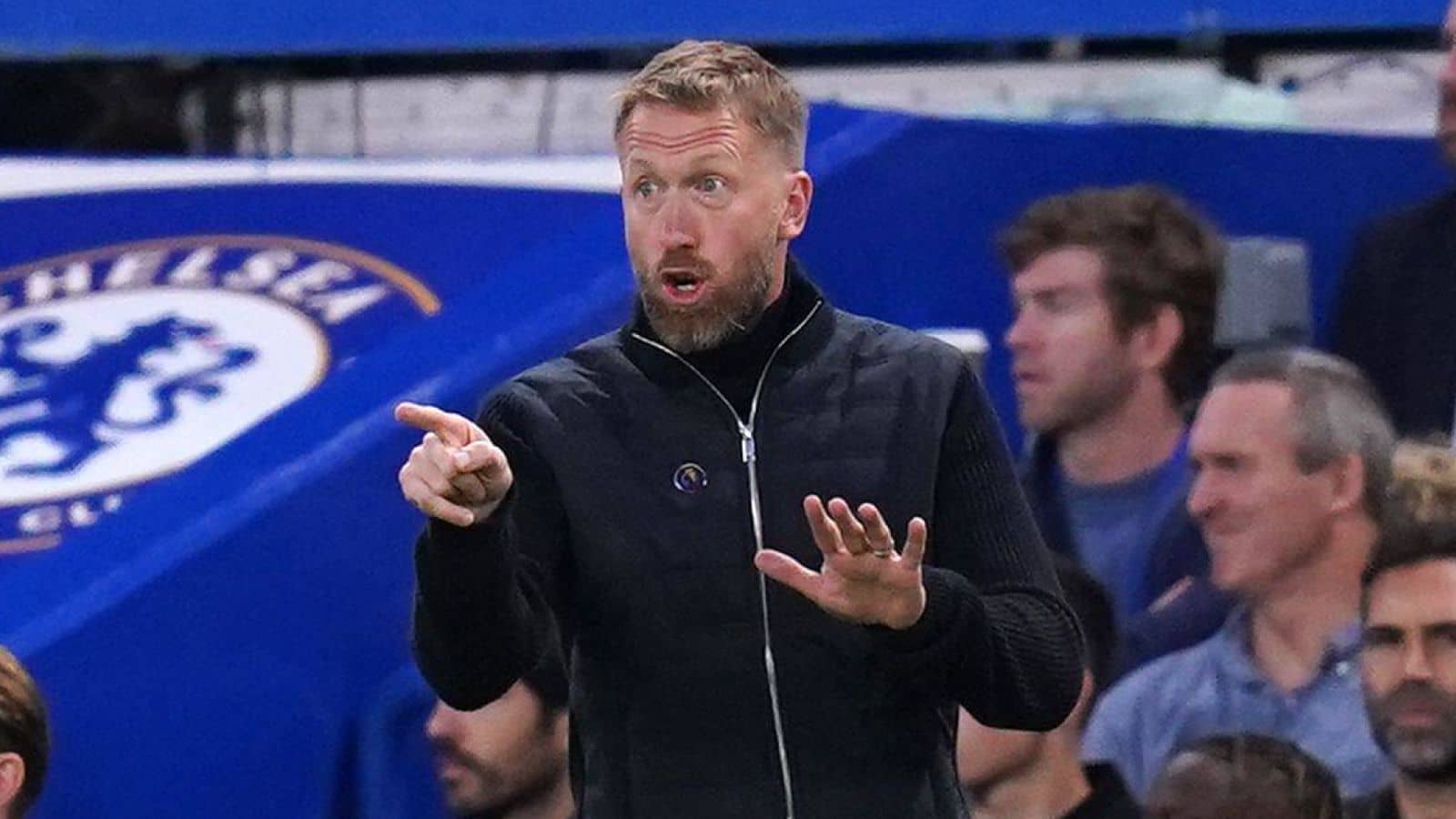 Chelsea boss Graham Potter has offered his thoughts as his side settled for a share of the spoils in a nervy yet tactically fascinating 1-1 draw with Manchester United at Stamford Bridge on Saturday.

The Red Devils dominated early proceedings but failed to make their chances pay. Graham Potter saw his side were getting overrun in midfield and made a tactical first-half switch replacing Marc Cucurella with Mateo Kovacic.

The game was more end-to-end in the second half, but both sides struggled to find the back of the net until Jorginho broke the deadlock in the 87th minute after Armando Broja was pulled to the ground by Scott McTominay.

However, Casemiro could not have picked a better time to score his debut goal, as his 92nd-minute header earned United a deserved draw.

Speaking to ChelseaTV after the game, Potter praised his team for giving everything but admitted his side did not deserve to come away with all three points considering how the game went.

“The boys gave absolutely everything,” he said. “Two hard-fought games, hard-fought teams, so it was a battling, battling game.”

Regarding the first-half switch, the Chelsea manager added: “You always feel that you’re on the edge a little bit because of the quality that they have and probably similar to us, so we had to adjust.

“I think in the first half we were better after the adjustment. Disappointing to concede at the end, but over the course of the game probably a point was about right.”

Potter is yet to taste defeat as Chelsea boss but has now drawn his last two games. The Blues will travel to Austria for their Champions League tie with RB Salzburg in midweek, looking to consolidate their spot at the summit of Group E.

They would have hoped to beat United to help with their momentum, but they will need to recover quickly for Tuesday’s showdown with a spot in the knockout stage on the line.