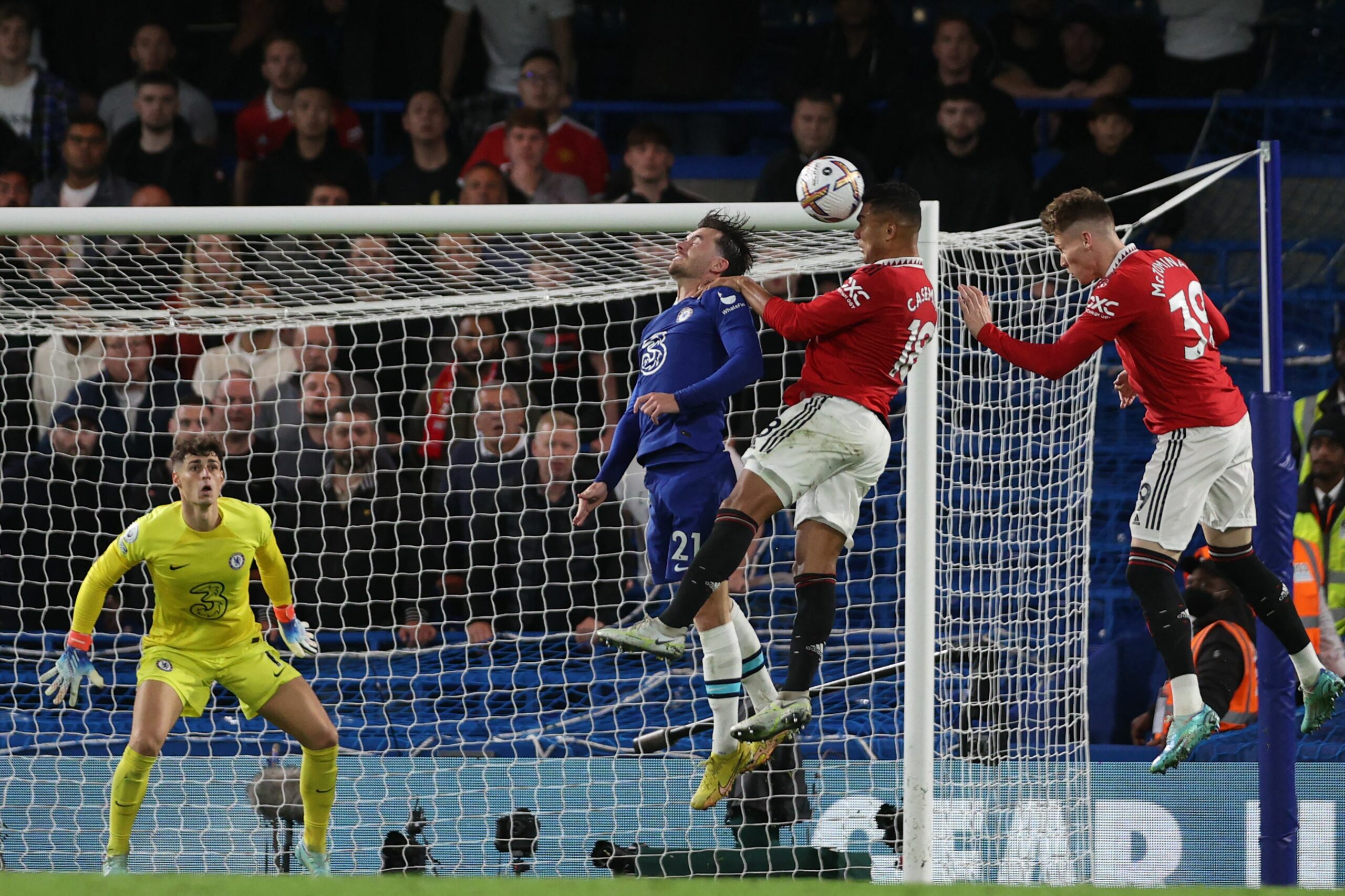 Manchester United grabbed an injury-time goal to seal a 1-1 draw against Chelsea at Stamford Bridge.

The first half belonged to the visitors, who ought to have gone into the break ahead. The earliest warning signs came in the first 15 minutes, when Luke Shaw and Antony both came close with shots from range.

Not long afterwards, the Red Devils created the first clear-cut chance of the evening. Bruno Fernandes slipped a ball through to Marcus Rashford, but the Englishman was denied by the onrushing Kepa Arrizabalaga.

And the Spaniard was once again called upon to deny Rashford, palming away his shot from a tight angle. Meanwhile, Chelsea were struggling to pose any threat to David de Gea’s goal, coming closest with a Pierre-Emerick Aubameyang shot that dribbled wide.

The away side’s dominance forced Graham Potter into a tactical change in the 35th minute. He opted to take off defender Marc Cucurella, replacing him with Mateo Kovacic to put an extra body in midfield.

The shift got more out of the Blues, who twice got into good areas only for Aubameyang’s touch to let him down. But United continued to be on top and should have taken the lead just before half-time when Antony slashed wide from Fernandes’ through ball.

Chelsea were far more threatening after the break, although neither side was able to create much. Trevoh Chalobah came within inches of breaking the deadlock when he headed onto the crossbar from Mason Mount’s corner.

And it was a corner that eventually brought the opening goal. With the final whistle approaching, Potter’s men were awarded a penalty when Scott McTominay hauled down Armando Broja from a set piece. Jorginho stepped up and calmly converted.

This looked to be the winning goal, until Man Utd levelled things right at the death. Shaw’s cross was met by Casemiro, and the Brazilian’s header just about snuck over the line after being turned onto the post by Kepa. This was the final action of the match.

The draw ensures that Potter remains undefeated since taking over at Stamford Bridge, although they missed the chance to make it six clean sheets in a row. As for Utd, they extend their unbeaten run to six matches in all competitions.

Kepa Arrizabalaga (7/10) – Made a couple of vital saves in the first half. May be disappointed not to have kept out Casemiro’s late header.

Trevoh Chalobah (7/10) – Coped well under the pressure put on him. Almost scored in the second half.

Thiago Silva (7/10) – Struggled at times in the first half, but his experience showed as the game went on.

Marc Cucurella (5/10) – Sacrificed in the first half as Potter changed formation.

Ben Chilwell (5/10) – Not effective enough at either end.

Ruben Loftus-Cheek (5/10) – Strong on the ball, but failed to maintain any sort of control in midfield

Jorginho (7/10) – Overrun in the first half by Utd’s midfield. Grew into the game and took his penalty excellently.

Mason Mount (5/10) – Worked hard, but didn’t do anywhere near enough in the final third.

Raheem Sterling (4/10) – Very quiet. Weak on the ball and wasteful.

Mateo Kovacic (7/10) – Trusted by Potter to turn the tide of the game, and helped to put a halt to Utd’s early control.

David de Gea (6/10) – Hardly ever tested all evening. Can’t really be blamed for the goal.

Diogo Dalot (7/10) – Made some incisive runs forward from deep. Didn’t get beaten often by Chelsea’s forwards.

Raphael Varane (7/10) – Played his part in keeping Chelsea’s frontline at bay before going off injured.

Casemiro (8/10) *MOTM* – Dominated things in midfield in the first half. Produced a fantastic header for the equaliser. Showed his quality.

Christian Eriksen (7/10) – Controlled the game in the first half. Quieter after the break. Final ball wasn’t good enough.

Antony (6/10) – Looked lively at times, but was sometimes wasteful. Should have done better just before half time when through on goal.

Bruno Fernandes (6/10) – Created Man Utd’s two best chances in the first half. Gradually became more rash and frustrated as the game went on.

Jadon Sancho (5/10) – Got into some promising areas without ever looking too threatening. Substituted early in the second half.