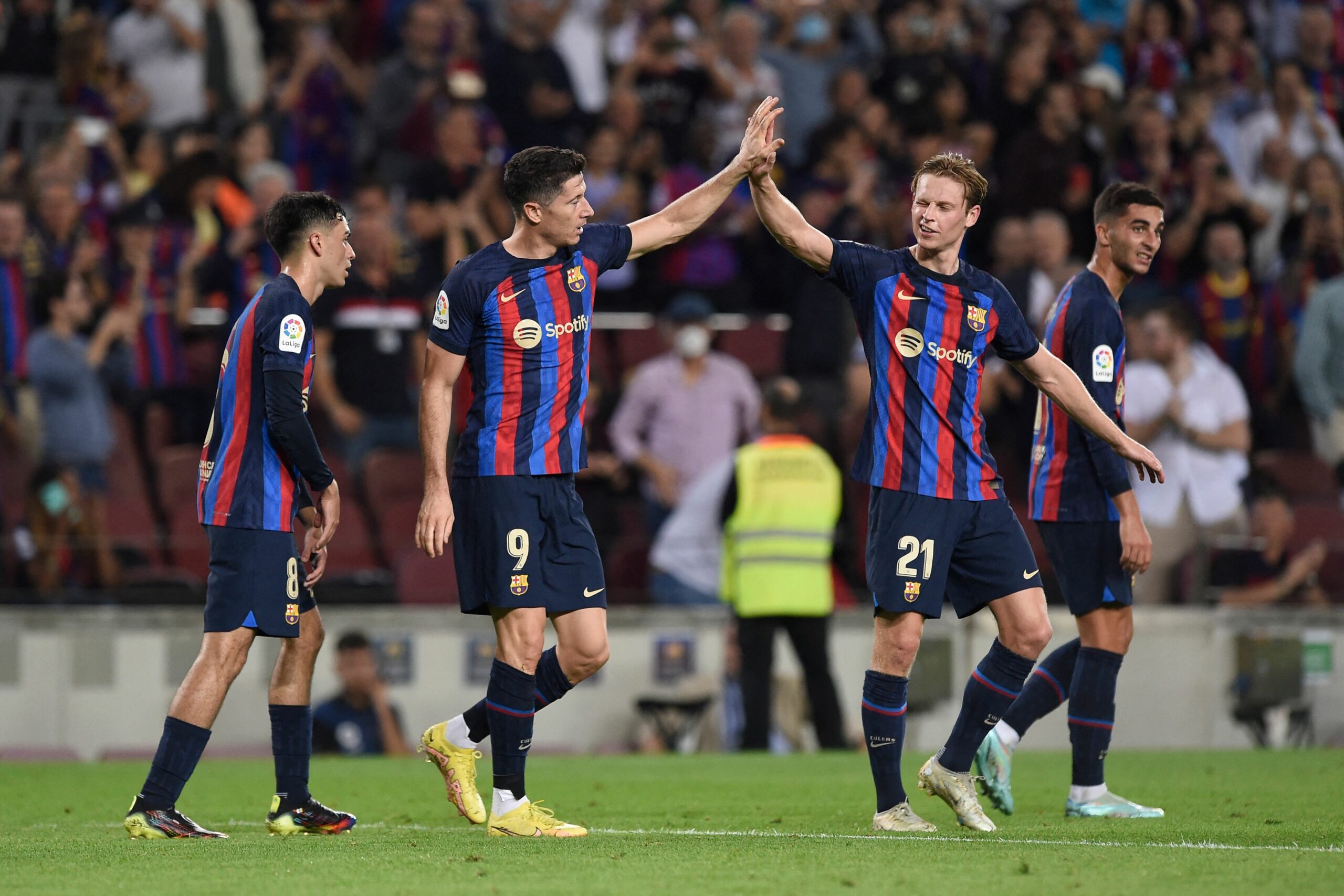 Barcelona and Athletic Bilbao are set to square off at the Spotify Camp Nou in Sunday’s enthralling La Liga encounter.

Ansu Fati and Robert Lewandowski inspired the Blaugrana to a morale-boosting win over the Yellow Submarine, with all three goals coming before half-time.

Following back-to-back scoring blanks in La Liga, the division’s top goalscorer Lewandowski returned to the scoresheet with a stunning double against Villarreal.

Both goals were a piece of art, boosting Barcelona’s confidence after a troubling week, which saw their hopes of avoiding consecutive Champions League group stage eliminations take a massive blow.

The Catalan giants must keep their foot on the pedal as the abovementioned loss at the Santiago Bernabeu propelled Madrid three points clear at the La Liga summit.

Despite going winless in their last three league outings (D2, L1), visiting Bilbao could put a dent in their hosts’ bid to keep up with Los Merengues as Ernesto Valverde seeks vengeance against his former employers.

During his three-year stint at the Spotify Camp Nou, the Spanish manager won back-to-back La Liga titles before being dismissed by the club in January 2020 following the team’s woeful form.

Valverde has turned his fortunes around since taking charge of Bilbao for the third time, guiding the Basque outfit to the periphery of the La Liga top four.

With fourth-placed Atletico Madrid only two points off, Los Leones could finish this round in Champions League places should results go their way, which is easier said than done.

Since a dismal 0-0 draw with Rayo Vallecano on the opening weekend, Barcelona have won all four La Liga home matches via an aggregate score of 11-0.

Encouraged by the club’s best defensive streak at the Spotify Camp Nou since the glory days of Pep Guardiola, the Blaugrana will be out to keep their 20-game unbeaten home league run against Bilbao intact (W17, D3).

After Thursday’s demolition of Villarreal, Barcelona could win five home league games ‘to nil’ on the spin for the first time since 1997, so motivation shouldn’t be lacking.

Keen to arrest their worst winless La Liga run since December 2021, Bilbao will have to play out of their skins if they’re to post their first top-flight win at the Spotify Camp Nou since 2001.

However, Los Leones have collected just one point on their last 18 league visits to Barcelona, courtesy of a 1-1 draw in September 2018 during Valverde’s tenure in Catalunya.

The Spaniard has thrived in the Basque country this season, leading Bilbao to their best goalscoring record at this stage of a La Liga campaign since 1982/83 (19).

Barcelona vs Bilbao, alongside all other Blaugrana matches this season, is available to watch live online via Barcelona live streams.

With the high-flying brothers Inaki and Nico Williams leading the line, Athletic will fancy their chances against Barcelona’s airtight backline.

Though we expect Valverde’s team to break down their hosts’ stubborn defence, we can’t help but back the Blaugrana to win.