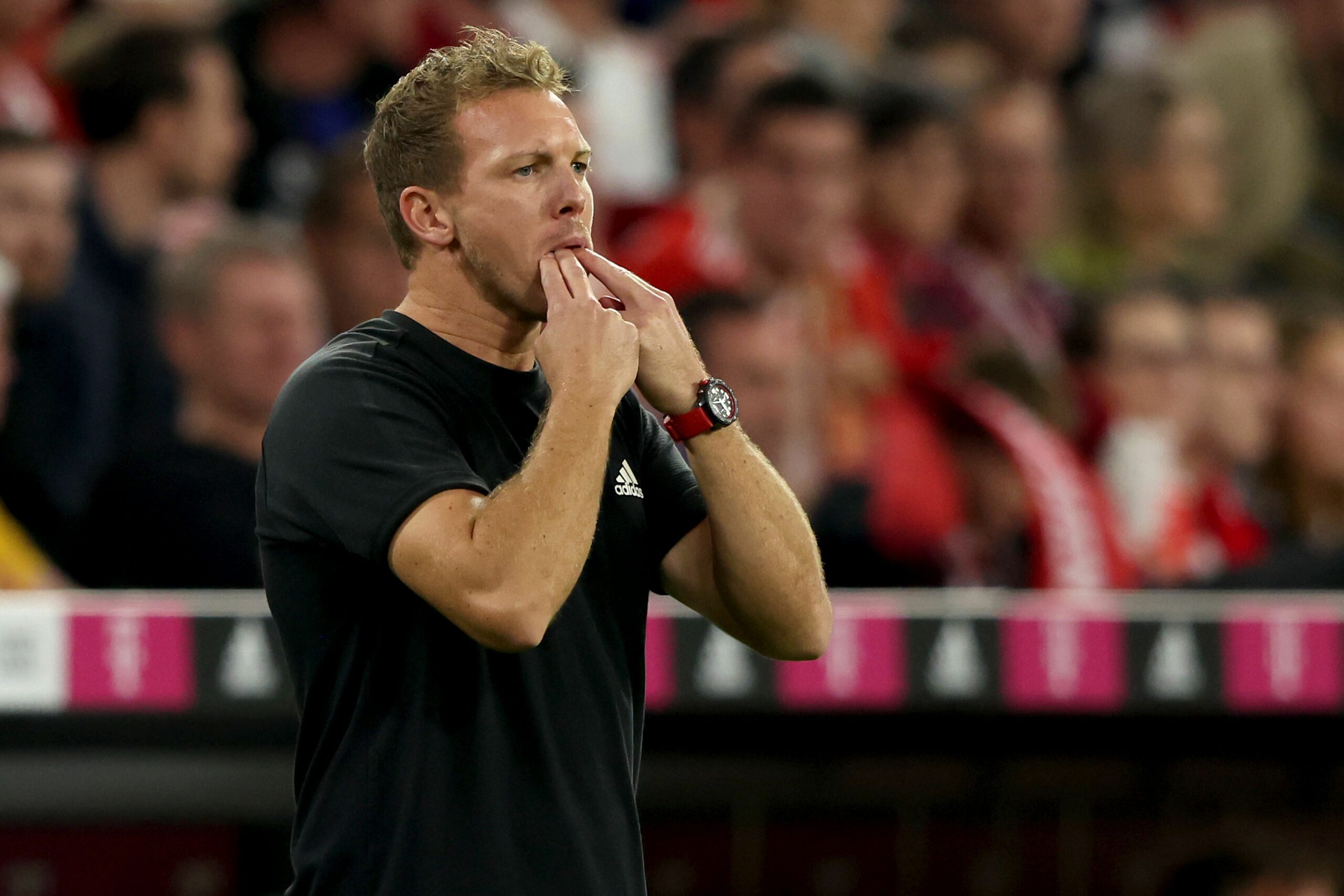 Bayern Munich manager Julian Nagelsmann has confirmed that Manuel Neuer will miss the upcoming games against Hoffenheim and Barcelona.

The German goalkeeper has been nursing a shoulder injury, which saw him miss Bayern’s last three games.

The Bavarians’ skipper hasn’t recovered fully yet, and Nagelsmann is unwilling to take any risks.

Speaking to the press ahead of the Bundesliga clash against Hoffenheim, Nagelsman said: “Manu won’t play – he’s still feeling some pain. It’s looking like he will also miss the game against Barcelona.

“We’re aiming for him to return for the Mainz game. We will need to wait until it heals enough so that he can play.”

Nagelsmann also revealed that Thomas Muller will miss the game against Hoffenheim through illness but will return for the Champions League clash against Barca next week.

“Thomas Müller will also not play,” Nagelsmann added. “He’s got a stomach bug. I think he’ll be fit in time for the Champions League game.”

Meanwhile, Leroy Sane continues to recover from the hamstring injury he picked up during the league game against FC Freiburg.

Sane’s absence will be a huge blow considering his impact this season. He is Bayern’s top scorer with ten goals in all competitions.

Sven Ulreich has featured in the absence of Neuer, and he has kept a clean sheet in three games. However, his biggest tests await against Hoffenheim and Barca.

Bayern will look to build on their emphatic victories against Freiburg and Augsburg when they travel to Hoffenheim on Saturday.

The game against Barca at Camp Nou has no pressure on it, as Bayern have already booked their place in the round of 16.