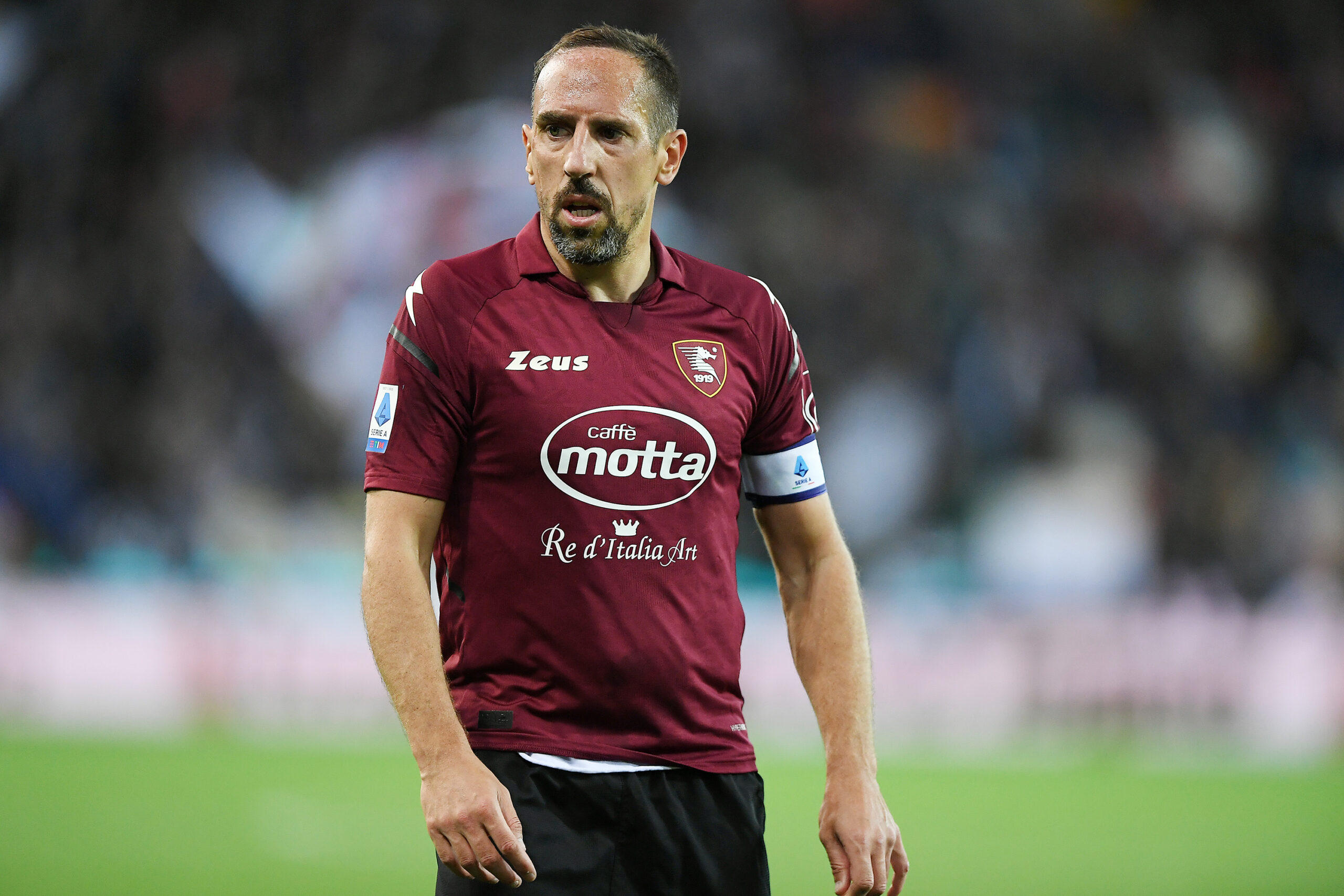 Only a few months before the end of his contract with Salernitana, the Bayern Munich legend has retired and will join the Serie A club in a non-playing capacity.

The 39-year-old reportedly decided to retire due to constant knee injuries. He has not played a competitive game for the club since August 14.

Ribery was on €125,000 per year with the Salerno-based club. They are now preparing a new contract for Ribery to join the club in an off-field capacity until 2024.

He has already completed his coaching badges. The club knows he wants to be a coach, and they will help him step up.

Ribery has made 25 appearances after joining the club in 2021. He did not score a goal but provided three assists.

Before joining Salernitana, he was with Fiorentina for two years. He played 51 games, scoring five goals and providing ten assists.

Ribery previously spent 12 memorable years at Bayern Munich. He won 24 titles, including a treble in the 2012/13 season.

The Frenchman finished third place in the 2013 Ballon d’Or, despite feeling he should have won the prize instead of Cristiano Ronaldo.

He scored 124 goals and assisted 182 for the Bavarian club in 425 appearances. Ribery debuted for France in 2006 while playing for Olympique Marseille.

With Les Bleus, he scored 16 goals and provided 25 assists in 81 appearances.