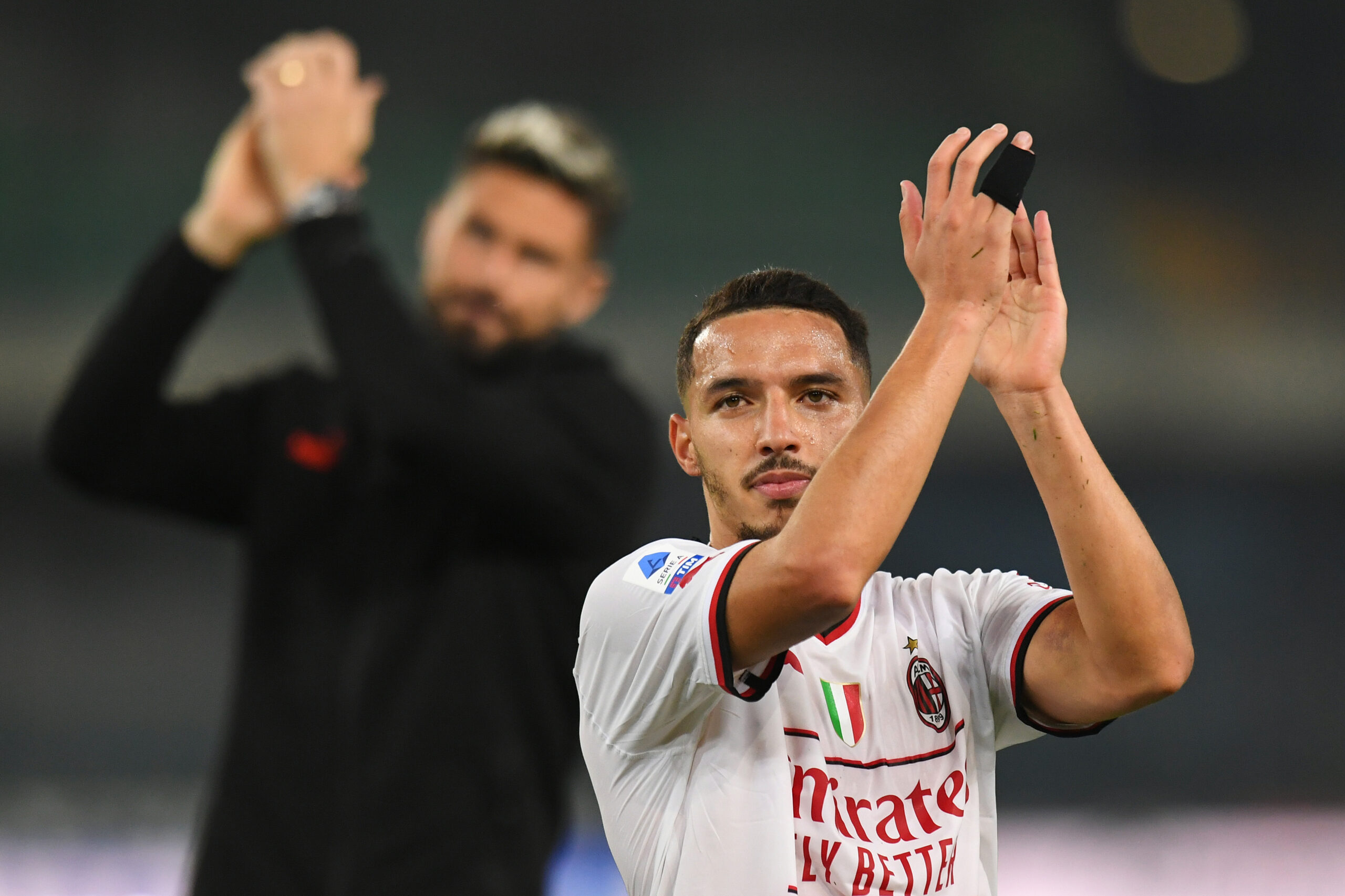 While AC Milan are focused on the contract renewal of Rafael Leao, they are simultaneously working on an extension for Ismael Bennacer.

The Algerian midfielder has grown into one of the top midfielders in Serie A since moving to San Siro from Empoli in 2019.

The 24-year-old has been a pivotal figure in the Rossoneri’s resurgence under Stefano Pioli, winning the Scudetto last season.

Milan are looking to extend Bennacer’s stay, whose current deal expires in 2024. However, they have hit a stumbling block, with top European clubs tracking his situation.

TuttoMercatoWeb claims that an unnamed Premier League club have tabled an offer for the Algerian international.

The anonymous suitors are willing to provide him with a salary of €4 million per season, higher than Milan’s €3.5m offer.

Manchester City, Liverpool and Chelsea have been credited with an interest in Bennacer. They have the financial power to prise Bennacer away from San Siro.

However, Milan want to keep him and are looking to resume talks in the coming weeks.

The Serie A champions have already extended the contracts of Sandro Tonali and Rade Krunic.

Leao’s future continues to be the subject of speculation, with Milan struggling to find a breakthrough in the contract talks.

The Portuguese forward’s current deal expires in 2024, and Paris Saint-Germain, Chelsea and Manchester United are keen on his signature.

The 23-year-old is expecting around €8m per season, while Milan have proposed €6m.