Barcelona vs Villarreal Preview – Prediction, how to watch & potential line-ups 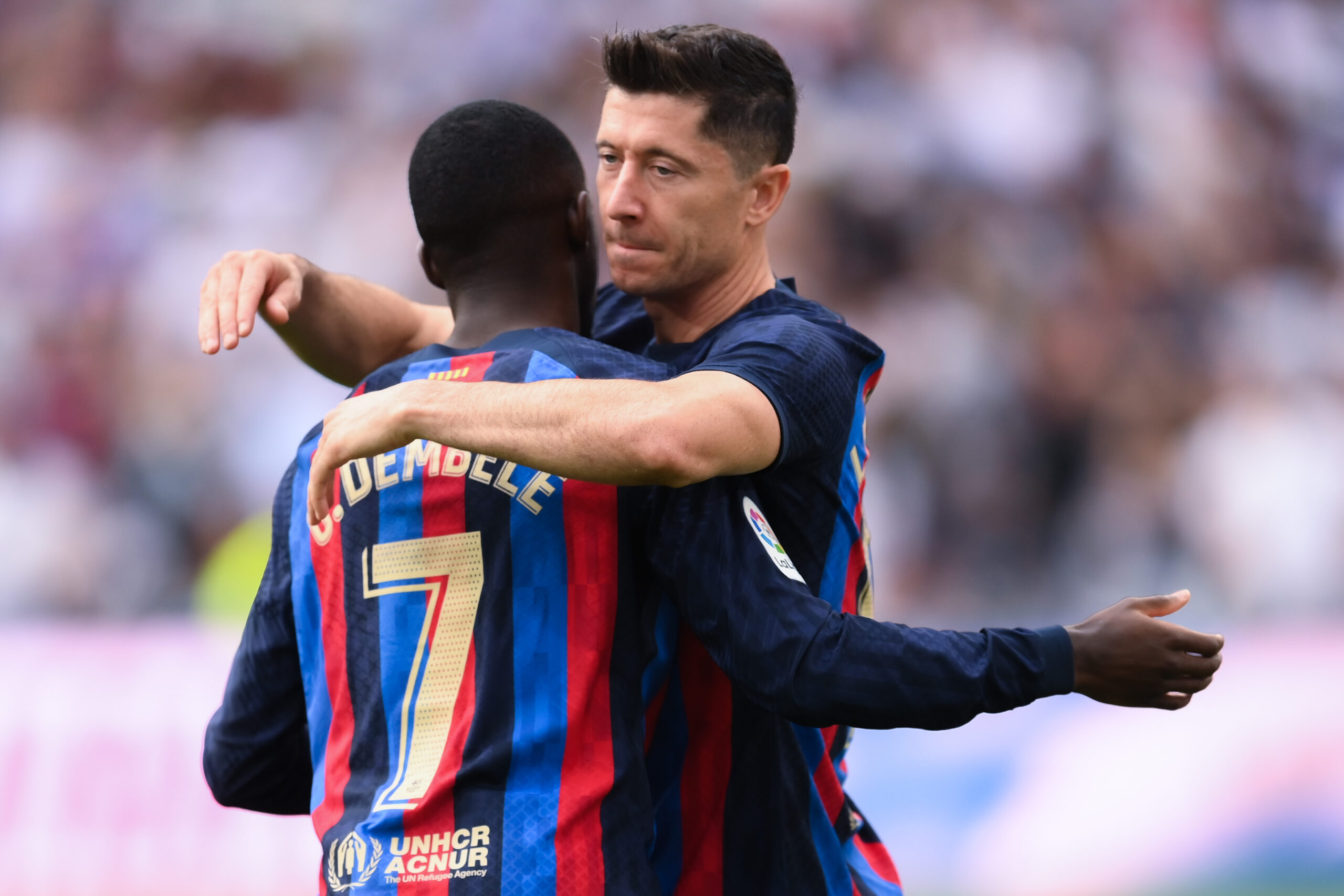 One of the most exciting fixtures on the midweek La Liga calendar pits Barcelona and Villarreal against each other at the Spotify Camp Nou on Thursday.

Barcelona’s bid to halt a three-season title drought in La Liga suffered a huge blow at the weekend as fellow bidders Real Madrid thumped them 3-1 in the 250th competitive El Clasico.

Though that reverse at the Santiago Bernabeu marked only Barca’s first domestic defeat in 2022/23, it saw Xavi Hernandez’s side fall three points behind Los Blancos.

Inspired by the current La Liga top goalscorer Robert Lewandowski, the Blaugrana headed into proceedings level on points with Carlo Ancelotti’s men after picking up seven wins from the inaugural eight matchdays.

Curiously, before Madrid put three goals past them on Sunday, Barcelona had only conceded once in their first eight league outings, equalling the best-ever defensive start in Spain’s top flight.

They will have to regroup quickly and draw from that defensive resilience if they’re to get back to winning ways and avoid losing further ground on Los Merengues.

However, Villarreal’s visit to the Spotify Camp Nou won’t be a presentable opportunity for the Catalan juggernauts to recover from the Bernabeu fiasco.

Arnaut Danjuma scored on either side of half-time to hand El Submarino Amarillo an all-important 2-0 home victory over Osasuna at the weekend, ending their dreadful four-match winless league run (D2, L2).

Keen to prove the El Clasico collapse was a fluke, Barcelona will be out to build on a three-game winning league streak on home turf, last winning more consecutive top-flight games in Camp Nou in June 2020.

But the Blaugrana should be all too aware of Villarreal’s comfortable 2-0 triumph in this corresponding fixture last season that arrested Barca’s 25-match unbeaten H2H streak (W19, D6).

Xavi will put his thrust in the hands of Lewandowski, who has netted nine goals in his first nine La Liga appearances en route to setting a second-best record at this stage of a top-flight season.

Like Barcelona, Villarreal’s defensive strength has been off the charts in La Liga this season, with Emery’s men conceding a league-low three goals thus far.

Yet since beating Atletico Madrid 2-0 on their opening league travel of the season, they have alternated between drawing and losing across their subsequent four La Liga road trips (D2, L2).

What’s more concerning is that they have failed to get on the scoresheet in each of those four outings, which bodes well for Barcelona’s bid to keep a fifth straight home league clean sheet.

Barcelona vs Villarreal, alongside all other Blaugrana matches this season, is available to watch live online via Barcelona live streams.

Dropping points are not an option for Barcelona if they’re to stay within touching distance in the wake of the abovementioned El Clasico disappointment.

Though we expect Villarreal to give Xavi’s men a run for their money and perhaps put the ball past Marc-Andre ter Stegen, this should be Barca’s comprehensive triumph by all means.