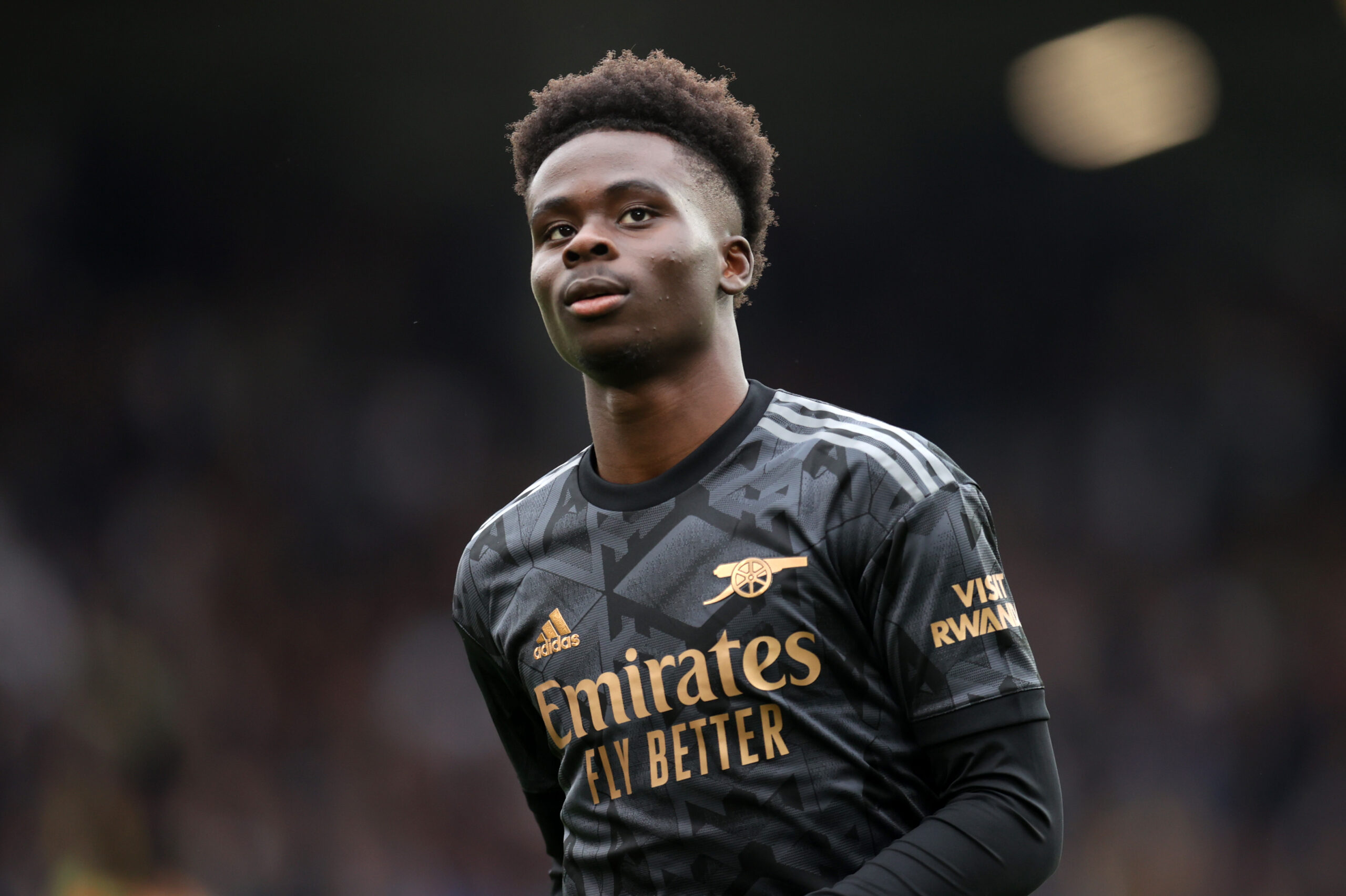 Saka came through the youth ranks at Arsenal, earning his professional debut with the club in November 2018. The next campaign, he became a regular at the Emirates Stadium, featuring 38 times in all competitions.

He has since gone on to be a standout at the Gunners. Since the beginning of the 2020/21 season, he has made 80 league appearances, scoring 20 goals and recording 14 assists.

In that time, he has become a regular on the international stage. He has earned 20 caps for the England national team, including four appearances in the Three Lions’ runner-up Euro 2020 campaign.

At 21 years of age, the winger is known as one of the brightest young prospects in world football. However, his contract expires in 2024, leaving him potentially available on the cheap if he does not renew.

“Since last February, Bukayo Saka’s agents are in discussions with Arsenal to extend his contract. The feeling is positive on both sides. Mikel Arteta is pushing a lot to help Bukayo Saka with the new contract, and so at the moment there is optimism to extend the contract with Arsenal.

“This is a priority for Arsenal. The player is happy there – he loves the club. Let’s see how the negotiation will go, but Arsenal are optimistic to keep Bukayo Saka at the club and extend his contract.”

The north Londoners are currently enjoying their strongest start to a season in the Premier League era. They have won nine of their opening ten matches, leaving them four points clear at the top of the table. Meanwhile, they have also won all three outings in the Europa League.

Up next for Arteta’s men is a home clash against PSV Eindhoven. They face Southampton, Nottingham Forest, Chelsea, Brighton and Hove Albion, and Wolverhampton Wanderers in the league before the World Cup kicks off in November.