Man City must contend with Arsenal, Tottenham and Chelsea this season 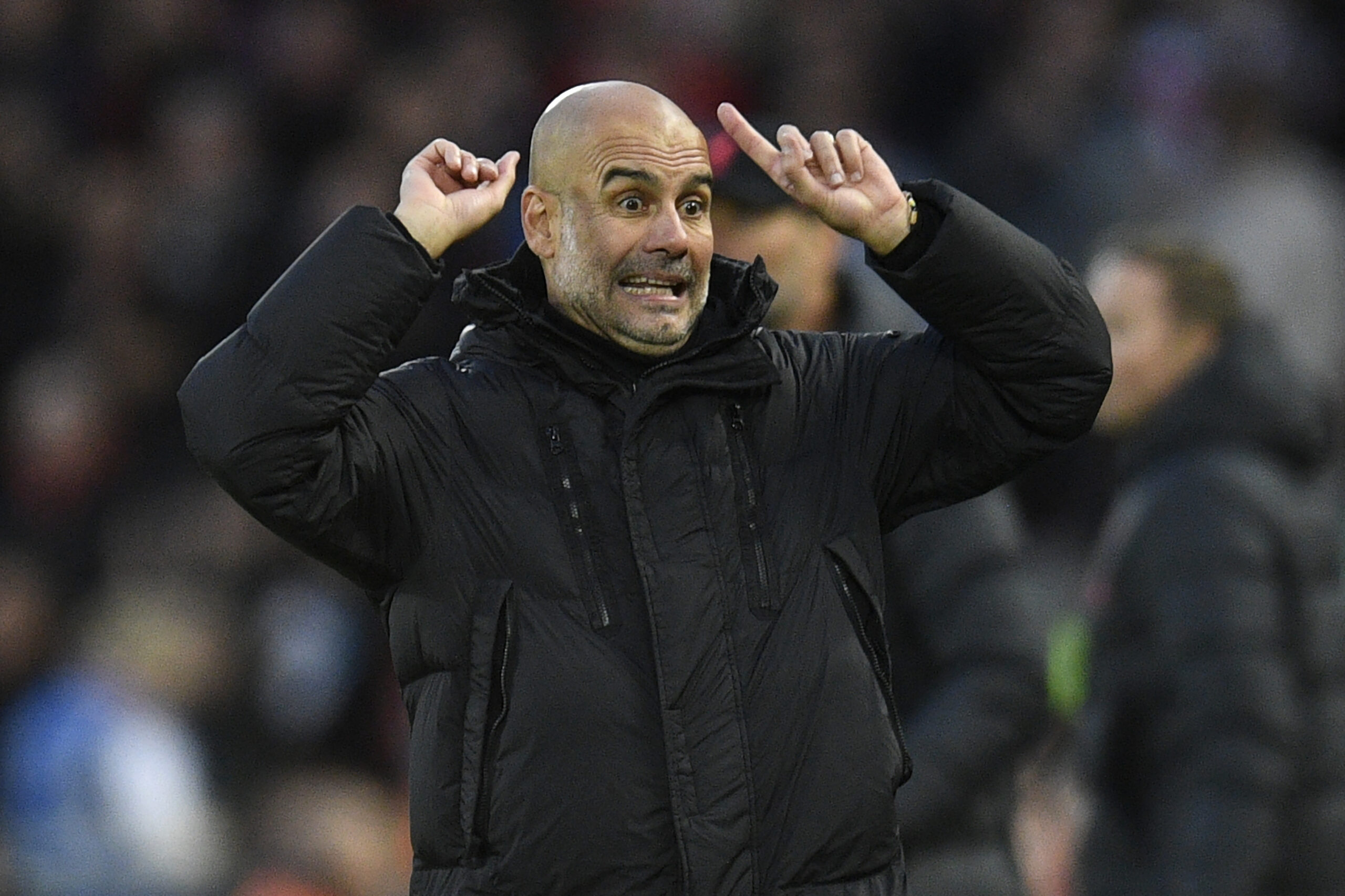 Unlike many previous league meetings between the two sides in the past few years, Sunday’s clash wasn’t a ‘title decider,’ but it could still hold a substantial barring on the title race.

Pep Guardiola’s side headed into proceedings four points adrift of pacesetters Arsenal, albeit they were on a stellar run of 21 unbeaten Premier League games on the trot.

However, Mohamed Salah returned to the scoresheet following a five-match scoring drought in England’s top flight to help Liverpool become the first side to take down the Cityzens in 2022/23.

Despite lagging four points behind the Gunners, Man City’s hopes of claiming their third consecutive Premier League title are still alive and rocking, with plenty of time left for Guardiola’s team to make ground.

While Arsenal’s phenomenal performances early in the season established them as unlikely candidates to pip the Etihad Stadium outfit to the title, two more clubs are very much in the picture.

Led by charismatic Antonio Conte, Tottenham Hotspur have picked up 23 points from the opening ten league rounds, as many as Man City, with Graham Potter’s Chelsea sitting four below, yet with a game in hand.

Since the current situation has all the makings of a four-way title race for the first time in a while, Erling Braut Haaland & Co will have to work their socks off to conquer the Premier League this term.

Last season’s title race went down to the wire as Man City needed a memorable second-half comeback triumph at Aston Villa to beat Liverpool to the crown on the final matchday.

Based on the current circumstances, another season-long fight for supremacy in England’s top division is on the cards, with City still being deemed top favourites to get the job done despite languishing in second.

It’s now up to the Cityzens to bounce back from a morale-crushing loss at Anfield, with a winnable home encounter against Potter-less Brighton & Hove Albion coming up next.

Having already locked down their place in the Champions League round of 16, Guardiola’s men can now switch their undivided attention to embarking on a new winning streak in domestic football.

Following Brighton’s visit to the Etihad, City will trade tackles with rock-bottom Leicester City and newly-promoted Fulham in matches they are heavily fancied to win.

Looking at Man City’s upcoming fixtures, you’d be forgiven for expecting Haaland to add to his superb 15-goal Premier League tally. However, City should be steamrolling to three straight triumphs.

Widely expected to pocket all nine points from their three remaining Premier League outings ahead of the 2022 FIFA World Cup, they should set themselves up nicely for the club football resumption in December.

The number one priority on Guardiola’s assignment list is to reinvigorate Man City’s form outside the Etihad as it proved their soft spot early in the season.

A perfectionist as he is, Guardiola is primed to find a formula to translate Man City’s emphatic home form to their travels in no time.