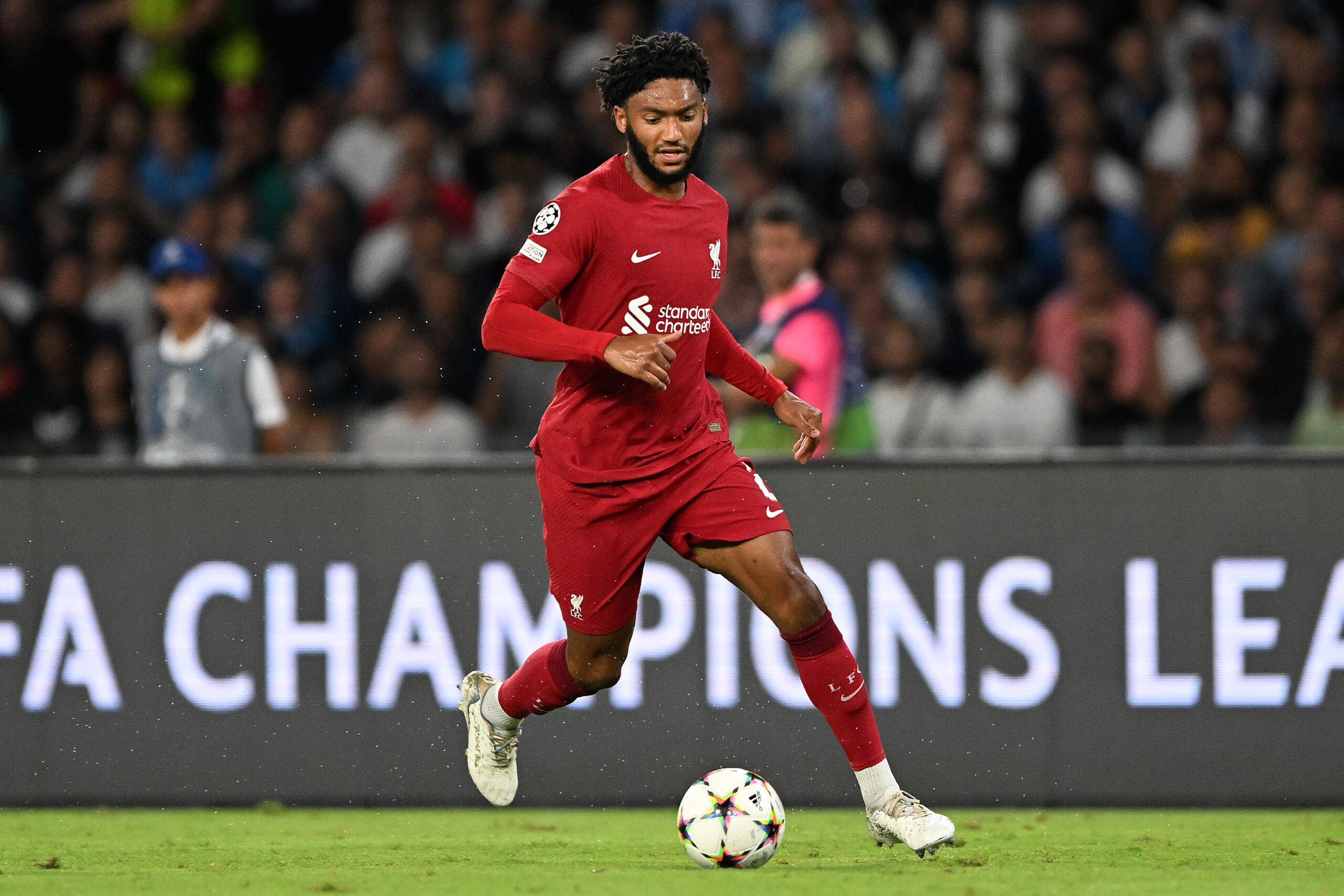 England manager Gareth Southgate is reportedly monitoring Joe Gomez and could take the Liverpool defender to the 2022 World Cup in Qatar, according to The Telegraph.

Gomez missed the last World Cup in 2018 after suffering an injury before the tournament started. He could get his chance on the world stage this year.

Southgate is keeping a close eye on him this season, and he is desperate to impress. He wants to make the trip to Qatar.

Gomez performed well against Manchester City on Sunday, helping his side record a clean sheet against the most dangerous striker in world football.

He put on a solid defensive display in front of Southgate’s assistant Steve Holland. The former Chelsea assistant coach was in attendance at Anfield for the game.

Southgate will assess Gomez before naming his squad on November 10. England have a surplus of top-level right-backs, but they have sustained injuries that could rule them out.

Kyle Walker underwent surgery and is still trying to recover, but City believe he will return to action before the tournament.

Reece James has opted not to have surgery, but he could be out for eight weeks, ruling him out of the tournament.

Liverpool have around seven games before Southgate names his squad, and Gomez will hope to keep himself in the manager’s mind.

Gomez has not played for England for over two years due to niggling injuries and losing his place in Liverpool’s starting line-up. However, Southgate likes him and his temperament.

It will not take much convincing for Southgate to have Gomez in his squad.