Barcelona keen on renewals of three players including Ousmane Dembele 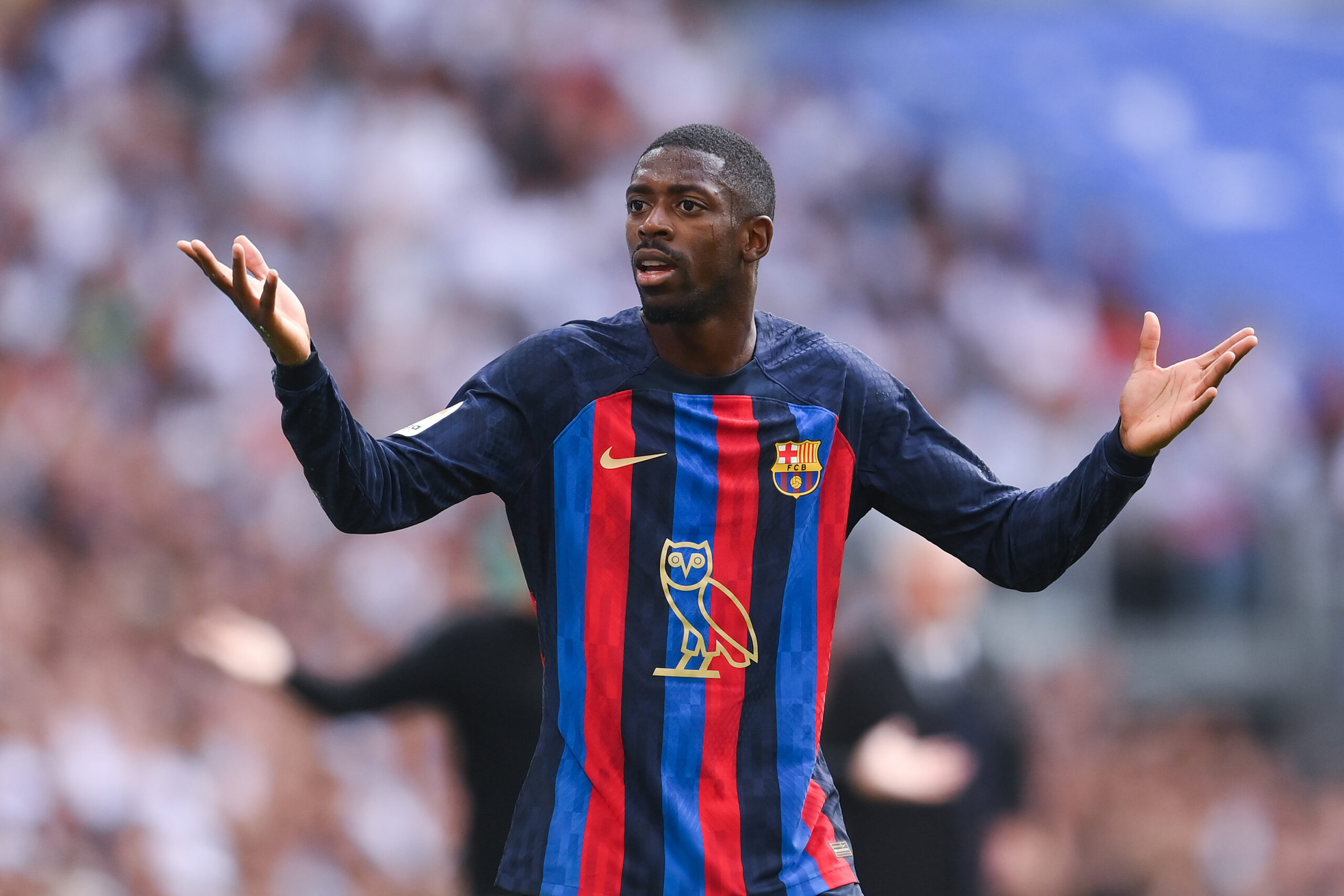 Barcelona could have a busy January transfer window as they are set to make key decisions on the futures of several players.

Memphis Depay, Sergi Roberto and Hector Bellerin are nearing the end of their contracts, and Diario Sport reports that Barca director Mateu Alemany wants to resolve their futures in January.

Depay is unlikely to continue beyond next summer, having fallen down the pecking order at Barca this season.

He was also close to joining Juventus this summer before the move collapsed during the final week of the transfer window.

Roberto’s decline in form doesn’t warrant a future at Camp Nou. He is one of the four mainstays, alongside Jordi Alba, Gerard Pique and Sergio Busquets, expected to bid farewell to the Catalans next summer.

Bellerin has endured an injury-ridden season and his future also looks bleak, with Barca planning to invest in a new full-back.

Barca are eager to secure the futures of Inaki Pena, Alejandro Balde and Ousmane Dembele.

Pena has been serving as an understudy to Marc-Andre ter Stegen, and Barca consider him a key player for the future.

Balde has been a surprise package this season, having been one of the brightest spots in an otherwise lacklustre defence.

The 19-year-old has a contract running until 2024, and Barca are keen to tie him to a long-term deal.

Dembele’s future had been up in the air for months before he agreed to a new deal until 2024 this summer.

Having been impressed with the Frenchman’s impressive form this season, the Catalan giants are happy to open talks with him over a new deal.

However, Barca are keen to avoid another waiting game, and they wouldn’t hesitate to sell Dembele if he opts against their offer.

Marcos Alonso could also be in line for an extension, as Xavi trusts the former Chelsea star due to his experience and versatility.

Barca were among the biggest spenders in the summer transfer window, but a string of injuries has led them to explore the winter transfer market in January.

The Catalans are reportedly working on a deal to sign Athletic Bilbao defender Inigo Martinez in January.